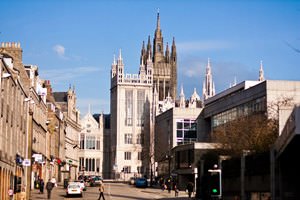 Despite the fact that Aberdeen has the status of an industrial city, it is annually visited by numerous travelers. A simple walk through the city will bring in a real pleasure, because its territory is simply full of many interesting and old sights. Aberdeen University is situated near the center of the city. The university was founded in 1860. Previously a college was built on the territory of the modern university. Already in the late 15th century the city was known as a large educational center. Robert Gordon's University is even an older educational institution. It was opened back in 1775. Both universities are located in beautiful historic buildings. Marischal College is another place that is worth visiting. The construction of this luxury building made of granite was completed in the middle of the 19th century. Today a part of the college’s halls is converted into museums. There are ethnographic and archaeological museums there.
Extraordinary weekend in Aberdeen - unusual places, services and attractions for travel gourmet
…

Open
Union Street is simply the best place for walks as it is full of beautiful old houses. The facades of the houses are decorated with skillful trimming made of polished granite that was mined in Aberdeen yet five centuries ago. In addition to beautiful architectural monuments you will find interesting shops and restaurants in Union Street. This place is crowded even late in the evening as local squares and gardens have become a favorite destination for rest not only among locals, but also among tourists. Winter Gardens is a very popular place of rest, the most interesting exhibit of which is a "talking" cactus. The large garden is divided into several thematic zones. In its territory you will find a large greenhouse, a garden decorated in traditional Japanese style, and even a flower wall.
There are also some religious attractions in the city. The most striking of them is St. Nicholas Church. The first building was erected in the middle of the 18th century, and in 1838 an east wing was added to the cathedral. Thus, the modern church consists of two parts – an east and a west one. Despite the fact that they are made in different architectural styles, the cathedral looks very harmoniously. During you walk around the city you will see numerous interesting antique shops, which are also considered a kind of a tourist attraction. Copyright www.orangesmile.com
Aberdeen design-hotels for stylish travellers
All design hotels of Aberdeen are incredibly amazing and attractive; upscale The Craibstone Suites hotel enjoys great popularity among travelers. Its suites feature simple colors and lovely …

Open
One of the main attractions of the Granite City (as Aberdeen is often called) is Slains Castle. This is the ruins of an ancient castle from where one can admire spectacular panoramic views. The castle was built in the 16th century and was the residence of the Earls of Erroll. Having become bankrupt at the beginning of the 20th century, the rulers of the Slains Castle sold it to the owner of the transport company Ellerman Lines. From that moment, the history of the castle came to an end, and the history of its ruins began. The castle is notable for the fact that it was once visited by Bram Stoker himself who was working on his popular novel “Dracula” at the time. The novel might not have been able to become so “atmospheric” if Bram Stoker had not visited here. It is also worth noting that there is a rather unsafe slope here, so you need to be very careful when visiting. 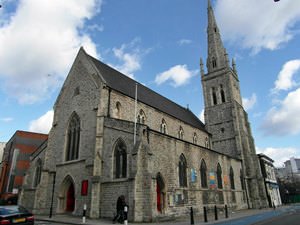 The Dunnottar castle is situated not far from the city. It is considered the most inaccessible castle of Scotland because you can only get here either by passing through a cleft, which is not so easy to find, or up a steep slope by rounding the caves, which lead to a secret entrance. The castle is famous for the fact that “Hamlet” was filmed here with Mel Gibson starring in it as the lead role. The battles for the independence of Scotland took place here also. The castle was visited more than once by monarchs, for example, Mary Stuart, Jacob VI. The first mention of the castle dates back to the 7th century, but it is believed to have been wooden back then. It was only at the end of the 16th century that Sir William Keith built a stone castle.
Top places to stay in Aberdeen - most luxurious hotels
A notable feature of Aberdeen is abundance of chic apartment hotels, so everyone could book a suitable room. Luxury penthouse apartments of 90 square meters are offered by Martin & Co- Dee …

Open
There is a preserved castle here, called Ecclesgreig. The building is constructed in the Gothic style. The construction of the castle dates back to 1864. It is believed that Bram Stoker also visited this castle in search of inspiration for the writing of his famous novel. Perhaps this is because the castle with its owners has a mystical story, which is always told on guide tours. Anyway, beautiful views of the sea are opened for everyone from here, and this means pleasant impressions from visiting the castle are guaranteed. 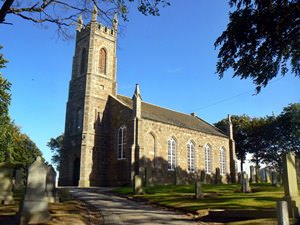 The park “Pitmedden Garden and the Museum of Farming Life” is also worth visiting. The gardens are simply breath-taking. When looking at them, at once you can’t help but recall the romance of Shakespeare tragedies. It is one of the best places for a walk. And if you visit Torry Battery, you can discover stunning views of the coast, and also look at the representatives of the marine fauna. You should go to Peacock Visual Arts so as to get aesthetic pleasure. Here interesting works of art are displayed for visitors.

In the section below, you can get one of our excursion, activities or city discovery tours over Aberdeen and surroundings. Our website offers 10-30% lower ticket prices, when compared to the offline purchase on the spot.

This guide to cultural sights Aberdeen is protected by the copyright law. You can re-publish this content with mandatory attribution: direct and active hyperlink to www.orangesmile.com.
Aberdeen - guide chapters 1 2 3 4 5 6 7 8 9 10 11 12 13

What to visit during two-day excursion in Aberdeen

Photogallery of cultural heritage of Aberdeen

Excursions over cultural sights of neighbours of Aberdeen

Inverness
Inverness is a city with rich history and so it has preserved many monuments for its descendants. Inverness Castle is a wonderful attraction of the city. It was built in the late 19th century, but its style is reminiscent of a classic medieval fortress. The large scale castle with tall towers is open to public. It often hosts important political and cultural events. Cawdor ... Open »
Edinburgh
Beautiful Royal Castle is one of the main symbols of the city. According to one version, the first building on the site of the modern palace was built back in 1070. The last owner of a beautiful castle was King James. Today everyone can visit the palace which was built in the beginning of the 17th century. Edinburg Castle is a no less attractive historical monument. It was ... Open »
Motherwell
In the centre, there are several halls for temporary exhibitions. Here, works of local artists, sculptors, and designers are often displayed. There is still a city archive in the centre. Here, important documents about the region and the city are kept. One of the main attractive features of the research centre is a tower. On its top, there is the most popular observation ... Open »
Glasgow
Glasgow Royal Concert Hall is a no less popular cultural institution, which often becomes the venue for numerous musical events. Here visitors can get to a performance of a popular rock or jazz band, or attend a classical music concert. Speaking of attractive museums, we simply cannot fail to mention St Mungo Museum of Religious Life & Art. This is an original institution that ... Open »
Kilmarnock
During the Second World War, the museum was converted into a hospital. It has lost many of its unique collections over the war years. Probably the whole day wouldn't be enough to explore all the exhibits collected in the museum. Some halls of the cultural center are used for temporary exhibitions. The Dick Institute will be a great place for families, offering interesting ... Open »
Newcastle
In the vicinity of the city, you'll find a unique archaeological site - Hadrian’s Wall. The 120-kilometer long earthen rampart was built during the reign of the Roman Empire. However, the stone wall has survived to our days only partially. Interestingly, researchers never managed to determine its original purpose. No defensive structures were built near the wall. It could ... Open »

Culture guide to Aberdeen. Which fascinating sights to visit once you are in Aberdeen: temples, churches, museums, theaters and castles. Recommendations (with addresses, phone numbers and links) on the places 'must visit' in Aberdeen. Plan your own city excursion by using this page info!