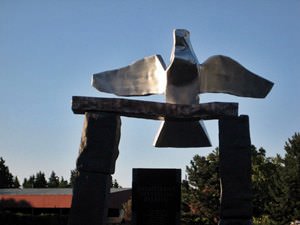 The gorgeous city was founded yet in the 13th century, but first settlements appeared in this area yet during the Roman Empire times. Archaeological excavations never stop in the neighborhoods of Velika Gorica as scientists have found traces of ancient settlements there. The Turopolje Museum is one of the most notable landmarks of the city, and so all tourists are recommended visiting it. In the museum, visitors will find collections of historical and archaeological findings. During a tour in the museum, visitors will learn about the most important events in the life of the city. The museum’s collection contains more than three thousand items, and one of its halls is dedicated to a collection of photographs and negatives that were taken in different time.
Velika Gorica design-hotels for stylish travellers
A tiny Croatian town presents a decent selection of attractive designer hotels, including one of the most demanded hotels in this particular category - Hotel Pleso. Each of its 23 rooms is …

Open
There is a beautiful monument not far away from the museum. It is dedicated to people who died fighting for the independence of Croatia. Open University, which was founded in 1960, is also an interesting place to explore. Nowadays, the university building is the location of several exhibition halls and galleries. It often hosts various cultural events and classical music concerts. Later, a theatre was opened in the building. It hosts interesting performances several times a month.
Beautiful parks and picturesque squares are one of the main peculiarities of Velika Gorica. A walk there will certainly not be forgotten. The city got many honorable awards for its unusual landscape design and became the winner in competitions of the international level. All fans of outdoor activities will certainly enjoy their visit to Velika Gorica. Not far from the city, they will find Cice Lake. Both locals and tourists like to spend their free time relaxing at the lakeshore. Picturesque landscapes, silent and cozy atmosphere are perfect for forgetting about routine and big city stress. Copyright www.orangesmile.com
Best hotel choice for romantic escape, wedding or honeymoon in Velika Gorica
Visitors to Velika Gorica will have a great opportunity to organize an unforgettable romantic vacation in one of the attractive local hotels. An ideal place for organizing a secluded stay …

Open
Not only Velika Gorica but also the county is rich in historical landmarks. Excursions to wooden churches built in the 17th century are always very popular. These elegant constructions have survived till our days in almost a pristine condition. Inside, visitors will find ancient frescos and icons, as well as other important religious artifacts. The Turopolje Fortress is one of the most important landmarks of the region. The gorgeous building was constructed in the second half of the 18th century. The main square of the city is rich in interesting monuments that were erected on various purposes. A simple walk on the city’s streets can turn to an interesting excursion. 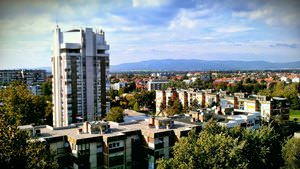 The decision to make city greener appeared closer to the end of the 1970s. The developers of the city center tried to combine green space and their aesthetic vision, and that resulted in a big number of parks with beautiful sculptures. The central park of Velika Gorica is named after the first Croatian president, dr. Franjo Tudjman. The Tudjman Park is a beloved place of rest for both locals and guests of the city. It is an incredibly peaceful place with relaxed atmosphere that makes one forget about routine, enjoy relaxation in the shade of old trees, and admire blooming flowers.
Guide to Velika Gorica sightseeing - things to see and to visit
Velika Gorica was founded in 1278. This is a small cozy town with interesting history. It is rich in sights and cultural values. During the times of Independence war the city has been …

Open
As the city is old and has a well-developed culture, its libraries and reading rooms are definitely worth a visit. The city has a long and good tradition of love for books. In 1886, the first Reading Room appeared in the city. Later, it was replaced by the Velika Gorica Library. The gorgeous building is worth exploring even for tourists who are not interested in books. Since October 1999, the library has got two large branches – the Central Library and the Regional Galzenica Library. Both the organizations are open and ready for new visitors. 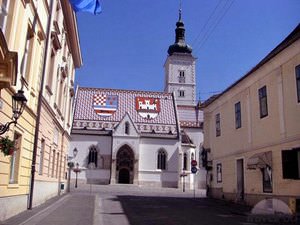 You will find the beautiful city of Velika Goritsa attractive because you can get acquainted with a distinctive and multifaceted culture here. Everywhere in the city breathes originality, just as connecting with her story takes place at every step. To get a feel of what this place is all about, it is enough to just see the streets. Acquaintance with the city usually begins from the airport, which is located in Zagreb, not far from the city. From here you can already understand that getting to know Croatia will be a most pleasant experience because the airport itself “tells” about it. Another place that should be visited immediately is Lake Chiche, which is a very interesting natural landmark.
Cuisine of Velika Gorica for gourmet with top restaurants and cafe
Local cuisine can be characterized by the abundance of unusual meat dishes. However, all fans of seafood will not have hard time finding something suitable. Culinary experts often compare …

Open
You can have a wonderful walk through the Park Doctor Franjo Tudjman. Here you can escape from the rush of the world and enjoy the silence. There are several cafes and restaurants near the park, where you can eat before or after a walk. It is worth noting that concerts and performances are often held in the park, so it is important to follow the billboard – perhaps during your holiday in the city, you can get to see some colorful performances. Also, many people prefer to take walks along the Gradsko Groblje Velika Gorica. This cemetery instills some peace in the soul of everyone who is not afraid to stroll here. 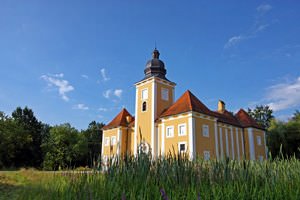 Not far from the city is located Kurija Modić – Bedeković manor, which is an ethnographic museum. This is a great place to get acquainted with the life of local people as it were in different eras. It is also interesting to visit Stari grad Lukavec, located near the stream of the same name. Once there was a wooden fortress on the site of the palace, the first mention of which dates back to the year 1256. It, however, did not survive the invasion of the Ottoman invasion in Croatia. A baroque style castle has since been built on the site of the old fortress. Especially beautiful is the patio, which should certainly be visited.
Authentic traditions, festivals and lifestyle of Velika Gorica inhabitants
Despite its relatively small size and population, Velika Gorica is the largest city in the Zagreb County. The name of the city consists of two words where Velika means big and Gorica means …

Open
Gradski stadion Velika Gorica is also deserving of a visit, especially during some interesting match or concert. However, the stadium is also interesting from an architectural point of view. In addition, there is also an old factory in the city which is engaged in the production of olive oil. Tourists often visit this place in order to get acquainted with the traditional folk craft. Also worth mentioning is the Podružnica vatrogasnog spremišta Mraclin, where you can enjoy great views and get to know the local culture. There are no museums in the traditional sense of the word in the city (except for ethnographical museums). However, temporary exhibitions are held in Galerija Galženica, and the rest of the time, lovers of modern art gather here.

In the section below, you can get one of our excursion, activities or city discovery tours over Velika Gorica and surroundings. Our website offers 10-30% lower ticket prices, when compared to the offline purchase on the spot.

This guide to cultural sights Velika Gorica is protected by the copyright law. You can re-publish this content with mandatory attribution: direct and active hyperlink to www.orangesmile.com.
Velika Gorica - guide chapters 1 2 3 4 5 6 7 8
Reference information
Map of all art museums

Cathedrals and basilicas near Velika Gorica
♥   Konkatedrala Sv. Ćirila i Metoda, Zagreb, 13.9 km from the center. On the map 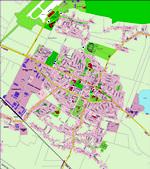 Excursions over cultural sights of neighbours of Velika Gorica

Zagreb
Guests of the city will be also interested in visiting Archaeological Museum, which includes a rich collection of about 40,000 priceless artifacts. The collection of the museum contains items found by scientists in different parts of the country. Many artifacts were found directly in Zagreb. Visitors of the museum will have an opportunity to see interesting numismatic ... Open »
Novo Mesto
One of the city's most spectacular architectural structures is the ancient church Frančiškanska Cerkev. It features exquisite Byzantine elements, the facade of the church is decorated with carved rosette windows and bas-reliefs, and the main feature of the church is an old clock tower. The church is located on one of the Old Town streets. Fairs and outdoor entertainment ... Open »
Maribor
Among multiple cultural centers of the city, the Regional Museum of Maribor that occupies some rooms of the Maribor Castle deserves a special attention. Incredibly beautiful halls present rich collections of archaeological, historical and ethnographic exhibits. It also should be noted that a lot of interesting themed events dedicated to national culture and art are regularly ... Open »
Ljubljana
Budnar house has turned to an established place of holding of different ethnic crafts presentations. The city and its nearest suburbs have preserved several ancient castles and fortresses. The most attracting for tourists is considered to be the Bogensperk castle. The castle was built in the 14th century and survived through the course of the history till nowadays almost ... Open »
Banja Luka
One of the most iconic landmarks of the region, Krupa Monastery, is located approximately 20 kilometers away from Banja Luka. The monastery was constructed in the 13th century over an ancient necropolis. Archeologists have discovered an old basilica on the site, the age of which is close to the emergence of Christianity. At the end of the 17th century, the monastery was ... Open »
Krk
Fans of excursions should definitely look in the picturesque town of Punat, which continues to be a major industrial center. It produces excellent olive oil; the town has an old mill and several very attractive shops. The islet of Kosljun, which is in close proximity to the Krk, there is the Franciscan monastery and a very interesting museum that introduces the rich and ... Open »

Culture guide to Velika Gorica. Which fascinating sights to visit once you are in Velika Gorica: temples, churches, museums, theaters and castles. Recommendations (with addresses, phone numbers and links) on the places 'must visit' in Velika Gorica. Plan your own city excursion by using this page info!