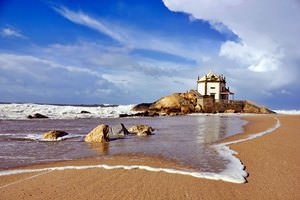 Any review of the architecture of Porto would be incomplete without mentioning Porto Cathedral, Bolsa Palace, Town Hall, University of Porto, Stadium of the Dragon and many others. The virtual flight over these monuments in HD (the video is on the left), the photo galleries of Porto, and the most interesting facts about every sight – we have carefully prepared lots of useful information for you. The overview architecture map of Porto at the bottom of the page will help you not to get lost in your sightseeing routes of Porto. So, let’s go! 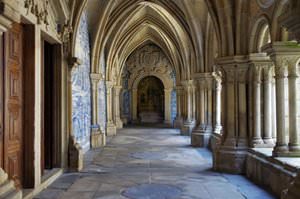 Facts:
» The Porto Cathedral is the oldest and most revered in the city. It started to be built in 1110. An urban settlement was gradually growing around it.
»  For centuries, a lot of interesting events took place at the cathedral. In 1387, King John I and English Princess Philippa of Lancaster got married.
»  The son of John I, Henry, was baptized here. He was called “a sailor”, although he never took part in expeditions but organized such voyages.
»  Today, only facade with a Gothic rose and battlements is all that remains of the original cathedral.
»  In 1333, a funeral chapel was built here. The Knight of Malta Joao was buried here.
»  Near it, a monastery was constructed. In the 17th century, Portuguese artists created a silver altar at the cathedral. It weighs 800 kilos. The interior of the halls is designed in the medieval style. 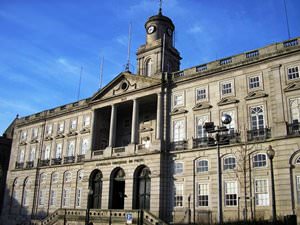 Facts:
» The Palacio da Bolsa was built on the ruins of a monastery. The construction began in 1842. The building was intended for trade.
»  It had been constructed for a long time, so the interior was finished only in 1910. In the palace, there are a lot of rooms that have a unique name and design.
»  The biggest room is called “Nations' Courtyard”. Its ceiling is a glass octagonal dome. On the dome, there are emblems of countries Portugal traded in the 19th century with.
»  There are also the Tribunal Room and the Assembly Room. The Golden and Arab Rooms decorated in the Moorish Revival style are the most impressive. Here, important political figures and noble guests are hosted.
»  It is a UNESCO World Cultural Heritage site.
»  In other rooms, there are paintings, sculptures, beautiful pieces of furniture, and dishes. 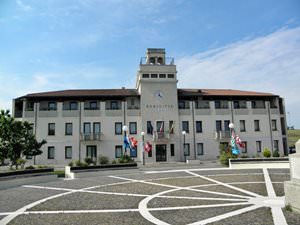 Facts:
» The Town Hall was aimed at extending the city center. The project was offered by an English architect Barry Parker in 1916.
»  The construction began in 1920.
»  Only in 1957, the building was opened for municipal authorities. At that time, the construction was terminated. The original project was changed.
»  Marble and granite were used to finish the interior. The facade of the building is decorated with sculptures depicting people doing things that are typical for Portugal, e.g. making wines or sailing. The central tower is decorated with chimes.
»  Not everyone can enter the Town Hall, as it is the seat of municipal authorities. Different meetings, festive events, and assemblies are held here. 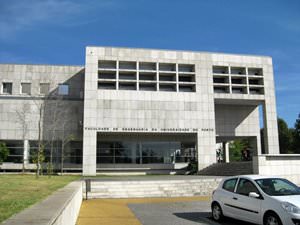 Facts:
» The University of Porto has long been the biggest university in the country. In 1930, it was the second largest higher education institution after the University of Lisbon.
»  The University of Porto was founded after the merger of the Nautical Academy (1762) and the Drawing and Sketching Academy (1779). The Polytechnic Academy was opened in 1911.
»  Nowadays, about 31 000 students, 11 000 of whom are graduate students, study here. There are 3 700 foreign students from 146 countries. Many people enter the university within the framework of international programs.
»  The university has 63 programs. It consists of three student towns or campuses in different city districts.
»  Many famous scientists and specialists studied here. One of them is the architect Alvaro Siza Vieira. By his projects, the Bonjour Tristesse borough in Berlin and the Serpentine Gallery in London were built. They are considered as masterpieces of modernity.
»  At the university, there are 13 museums: the Home-Museum of Abel Salazar, the Botanical Museum, the Museum of the Faculty of Fine Arts, the Museum of the Faculty of Pharmacy, the Science Museum, and the Museum of Astronomical Observatory.
»  In 2011, in the year of the University’s hundredth anniversary, the architect was rewarded with the Order of Saint James of the Sword.

Stadium of the Dragon, Porto

Facts: » Dragon Stadium is the home of the football Porto club. It was built in 2003. When it was opened, the match between Porto and Barcelona where 16-year-old Lionel Messi played was held.
»  The name of the stadium is associated with a picture on the club emblem.
»  The stadium accommodates 50 000 spectators. Here, 5 matches of the 2004 Europa League were held.
»  Over the years, the football club of Porto won the 2002/03 UEFA Europa League, the 2003/04 Champions League, the 2004 Intercontinental Cup, and the 2010/11 Europa League.
»  In 2009, the European final of the Race of Champions took place here.
»  In the territory of the stadium, there is a museum where you can learn about the history of the club since 1893.
»  Besides sports competitions in 2006, The Rolling Stones gave a concert at the stadium.

Museum of Transport and Communications, Porto

Facts: » In Porto, there is a customs agency in the building built in the 19th century. A museum was opened here.
»  Exhibits tell about the development of transportation lines in the country. The collection of items withdrawn from smugglers also narrates about the customs service. Golden bars, weapons, embalmed animals are not all seized exhibits.
»  In the Notification Sector, you can learn about how a hearing, smell, sight, and touches help communicate with a living being.
»  In the Communication Center, visitors can learn about codes, sign language, the Morse code, Braille for visually impaired and blind people, and secret ciphers.
»  The chapter about officials’ cars will carry you back in time. There is a car park where you can see different cars from the first hydrogen-fueled vehicles to Mercedes that belonged to the President until 2013. The museum is also proud of the first passenger car delivered from Paris in 1895.
»  In the customs library that houses about 20 000 books, you can learn about the government of the 19th century. There are also documents of the 17th century.

This guide to architecture monuments in Porto is protected by the copyright law. You can re-publish this content with mandatory attribution: direct and active hyperlink to www.orangesmile.com.
Porto - guide chapters 1 2 3 4 5 6 7 8 9 10 11 12 13 14 15 16

Plan your own tour over Porto on the monuments map

Search for architecture monuments of Porto on the map

Tours through neighbours of Porto

Lisbon
The National Pantheon is one of the most impressive sights of Lisbon. This building was called the National Pantheon only in 1966, during the reign of dictator Antonio De Oliveira Salazar; previously it was the St. Engrasia Church. The church was built in the 12th century in Portuguese Baroque style. Interior of the construction complements the exterior. The floor and walls of the building are decorated with colored marble patterns, and the ... Open »
Madrid
Palacio de Cibeles was originally designed as the central office of the telephone service, post and telegraph of Spain. The post office was built in 1918 and was called the Palace of Communication. Palace of Communication now houses the City Hall. This monumental building, decorating the area, represents one of the four pillars of modern civilization, power. Palacio de Cibeles consists of two buildings integrated with each other. This ... Open »
Sevilla
The Seville Cathedral is currently the largest Gothic cathedral in Europe. The Cathedral was built in 1401 - 1519. The length of the cathedral is about 116 meters, and the width is 76 m. The height of the cathedral is 42 meters, and the height of the bell tower is 105 meters. The cathedral is notable for its numerous relics and treasures including paintings by Murillo, Velazquez, Zurbaran and Goya in the Cathedral Bell Tower. The temple is ... Open »
San Sebastian
To build a summer cottage, the members of the Spanish royal family purchased the land at the coast of the bay. The residence was finished in 1893. The three-storey palace is located in the upper city. Servants lived on the upper floors. The basement was used for household needs. It is just a few meters from the beach. To link Antiguo with the other district of the city, the tunnel for vehicles was specifically built. The tunnel is dug ... Open »
Bordeaux
Cathedrale Saint-Andre was reconstructed many times. According to the chronicles, there had been buildings built in the 3rd century at the site. This construction was first mentioned in chronicles in 814. The Normans destroyed it. At the beginning of the 11th century, the first stone was laid in the cathedral's foundation in commemoration of the marriage of Louis VII and Eleanor of Aquitaine. In 1130, the northern Porte Royale ... Open »
OrangeSmile.com - online travel reservation expert providing reliable car rental and hotel booking services. We feature more than 25.000 destinations with 12.000 rental offices and 200.000 hotels worldwide.
Secure Server