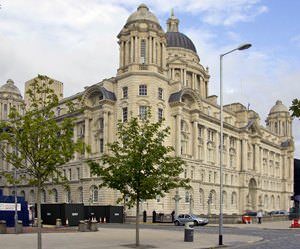 Liverpool is the city in the north-west of England, located at the mouth of the Mercy River. It also the second largest export port of Great Britain. Liverpool is famous for its outstanding football clubs - Liverpool and Everton; and music fans recognize this city as the birthplace of the glorious band - the Beatles. However, if you do not belong to any of these categories, there is still a lot to see and be surprised about! A city with a rich history and traditions, a bizarre interweaving of antiquity and modern achievements ... Liverpool's attractions can be admired for hours.
Old hotels keeping the history of Liverpool
If you want to indulge yourself in the history of the city, consider booking a room at Childwall Abbey by Marston's Inns. The exact date of opening of this mini-hotel is not clearly known. …

Open
The local people are officially called the "Liverpudlians", but their most common nickname is the "Scousers". This nickname, the Liverpudlians received thanks to the lobscouse soup, the invention of Norwegian sailors and the main food of the poor port folk. Local residents speak a special English dialect - the scouse; they add the letter "L" to the end of the words. This vibrant city is worth visiting for several reasons: extraordinary sights, amazing opportunities for shopping, numerous sports events, and vibrant nightlife.
When in the restaurant, it's customary to leave a tip for the service provided. The amount of remuneration should be 10% of the total amount of the order. In addition, give the tips for the waiters, maids and taxi drivers. If you are coming here with American dollars, euros, yens or any other currency but not pounds - better exchange the currency at home because the amount of commission charged by Liverpool banks is very high. Currency exchange requires your passport. Copyright www.orangesmile.com
Best hotel choice for romantic escape, wedding or honeymoon in Liverpool
Atlantic Tower by Thistle is one of the best hotels in Liverpool for couples who want to enjoy a romantic vacation. The hotel offers charming rooms with beautiful views of the Mersey River. …

Open
Do not forget to take the umbrella when going out for a walk. The weather here is extremely changeable. Local people appreciate politeness and considerate approaches in communication. Residents can consider disrespecting a lack of gratitude for the rendered service. Consider that the city has very high fines for violating the speed limit - from € 75 to € 2,900. No less severe punishment for other violations of traffic rules. 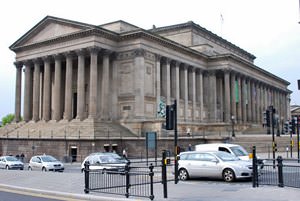 You will always find the telephone booth on the streets of Liverpool. They work on a card or through coins. The minimum price of a telephone card is € 10. The hotel rooms have a city telephone connection; however, it is not always convenient to use it, because the tariffs are very high. Preferential calls from a landline phone can be made on a weekend or on weekdays from 22:00 to 6:00. Internet cafes are widely distributed, and many large shopping centers, cafes, and bars provide free access to Wi-Fi.
Shopping in Liverpool - main shopping streets, outlets and boutiques
The famous Liverpool One shopping and leisure complex is located in the central part of the city. The complex includes a shopping mall with more than 170 shops. Here visitors will be able to …

Open
The largest British festival, entirely dedicated to the music of the Black Continent, is held annually in the center of Liverpool. Africa Oye is the summer open air festival traces its roots from the streets concerts, which were organized by the Liverpool enthusiasts and the carriers of African culture in 1992. The main purpose of this festival was the destruction of a negative public stereotype about Africa, as well as the demonstration for a wide audience of the wealth of modern African art. By 2002, the festival had reached a solid international level, and the most popular public park of Liverpool became its usual venue. 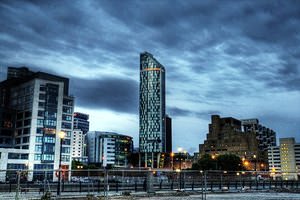 For one weekend, Africa Oye festival turns the idyllic space of Sefton Park into the ethno-village boiling with energy and colors, reproducing the best that the African continent can surprise Europeans with. The festival presents itself as a multicultural project, therefore, in addition to a huge variety of genres of African music, its program includes the ethno-rhythms of Latin America, the Caribbean, as well as such popular styles as reggae, calypso, salsa, and juice. Acquaintance with the, traditions of the "cradle of humanity" can begin with a visit to a large folk fair, on the trays of which there are vivid examples of African culinary, fashion, handicraft and souvenir products.
Top touristic routes around Liverpool: architectural sightseeing and landmarks
Discovering the architecture of Liverpool from bird's eye view! Port of Liverpool Building, Liverpool Metropolitan Cathedral, St. Georges Hall, Wellingtons Column, Anfield, all those monuments are defining the image of Liverpool …

Open
In late August, the annual week of the Beatles band will take place in the Liverpool. This is the most significant event for each and one fan of this glorious Liverpool quartet. Dozens of music bands from all over the world come here, to the birthplace of the legendary quartet to play their favorite repertoire. The main International Beatleweek venue is at the famous Cavern Liverpool club on Matthew Street, where the musicians regularly performed. Plus, here you will find numerous exhibitions, auctions of rare thematic things and excursions to memorable places of the group. On the streets you can meet many celebrities, sometimes the festival is visited even by Paul McCartney himself - as a rule, presents new compositions. 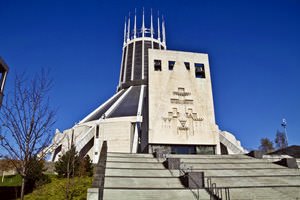 The followers of Hendrix and Morrison will gather in the cradle of British rock on a consciousness-expanding musical festival - Liverpool Psych Fest. Although the psychedelic revolution of the 60's has long been the property of history, its images, and cultural heritage continue to stir the minds of creative people in the "digital age". One of the largest British festivals, dedicated to music, visual art, film, and psychedelic literature, takes place at the end of September in Liverpool. The main venues of this fest are two large underground clubs - Camp & Furnace and District. They are located in the industrial part of the city. A ticket for two festival days costs 60 pounds.

This guide to traditions and festivals in Liverpool is protected by the copyright law. You can re-publish this content with mandatory attribution: direct and active hyperlink to www.orangesmile.com.
Liverpool - guide chapters 1 2 3 4 5 6 7 8 9 10 11 12 13 14 15

Cathedrals and basilicas near Liverpool
♥   Metropolitan Cathedral of Christ the King, Liverpool, 0.7 km from the center. On the map

♥   Cathedral Church of Our Lady of Sorrows, Wrexham, 40.3 km from the center. On the map

♥   Syro-Malabar Cathedral of St. Alphonsa, Preston, 43.5 km from the center. On the map

Survived castles around Liverpool
♥   Castle 'Halton Castle' , 4.9 km from the center. On the map

Colors of Liverpool in photos

Traditions and festivals in cities around Liverpool

Chester
This specific national holiday is usually held in mid-January; it is attended by manufacturers of the most famous varieties of local cheese, including Cheshire, Stilton and Lancashire. The event is held right on city streets, where route with plenty of obstacles waits for future rollers. The meaning of the event is simple - each participant has to roll weighty head of cheese ... Open »
Bolton
Even travelers with fluent English may encounter certain problems when talking to Bolton locals. They often use peculiar slang that is quite hard to understand for unprepared people. Some even joke that the Mancunian dialect is a separate language. However, locals usually take pity on tourists and try to use the language the latter can understand. Weather is another ... Open »
Blackpool
Vast majority of travelers visit Blackpool during the days of the world famous festival Blackpool Illuminations. The festival starts in the beginning of September and lasts 66 days. Without a doubt, this is the largest festival of illumination in the world. Moreover, it’s absolutely free to enter. During 66 days the streets of Blackpool are transformed into fabulous alleys, ... Open »
Manchester
Another unofficial name for Manchester is the "city of students". There are several major universities and colleges, which are among the most prestigious educational institutions in the country. Every year, dozens of young people from different countries of the world are trained here, such a number of young people also affects the way of life of the city. In Manchester, there ... Open »
Sheffield
Travelers who will explore local attractions would notice that the city hasn’t any old building with a light-colored facade. Once there was a large-scale production of knives, axes, dining utensils and other accessories made ​​of steel that were famous for their high quality. These items have attracted merchants from distant countries for many years. Currently, there is ... Open »
Leeds
Along with that, Leeds inhabitants have an excellent sense of humor, which is considered appropriate in literally all situations. The tradition of making fun of everything and everyone is another local trait that often confuses foreigners. The townspeople are very fond of traditional holidays and festivals. One of the favorite celebrations among locals is the Queen's ... Open »

Cityguide on traditions, mentality and lifestyle of people in Liverpool. Learn the best periods to visit Liverpool to discover its soul - authentic festivals, events and celebrations. We will also reveal the interesting habits, attitude towards the world and to tourists in Liverpool.