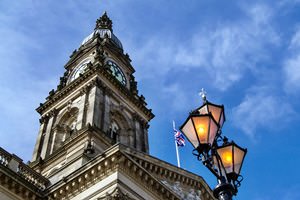 Bolton is a town in Greater Manchester (the distance to the city is approximately 16 kilometers). In the past, it was an important textile center. In the 14th century, first Flemish weavers appeared on this land, bringing traditions of cotton and wool-weaving with them. In the 19th century, the city was developing rapidly, reaching its boom at the first part of the 20th century. At that time, there were 216 cotton mills and 26 bleaching factories that made Bolton one of the biggest cotton spinning centers in the world. After the First World War, the British cotton industry was in sharp decline and that, unfortunately, concerned the town as well.
Excursion over cultural sights of Bolton - 'must visit' points of interest
Back in the 14th century, Bolton was a famous mill town that was prosperous through the Industrial Revolution. Therefore, there is nothing strange in the fact that the town has a rich …

Open
Still, local people are proud of their land and their glorious past. Many famous personalities are also from this part of the United Kingdom. Talk to locals and they will tell you that this is the place where the atom was split, appeared the first public library, and Rolls met Royce. At least 20 Nobel Prize winners have studied or lived in this part of the country. Numerous artists, talented musicians, and, of course, football teams are a true pride of locals. Tourists should listen to such stories with respect – many of them are, actually, very interesting.
Even travelers with fluent English may encounter certain problems when talking to Bolton locals. They often use peculiar slang that is quite hard to understand for unprepared people. Some even joke that the Mancunian dialect is a separate language. However, locals usually take pity on tourists and try to use the language the latter can understand. Copyright www.orangesmile.com
Your active city break in Bolton. Attractions, recreation and entertainment - best places to spend your day and night here
All fans of shopping have one primary location in Bolton – the Bolton Market Hall. One of the oldest markets in the country, it was established in 1855. At that time, it was also the …

Open
Weather is another peculiarity of the region. Despite the rest of the UK, locals do not like weather discussions. Known as one of the wettest regions in the country, Bolton’s nature is often harsh on its people. So, don’t forget to take your umbrella even if the sun is shining and the sky is clear – everything might change within just a couple of hours. 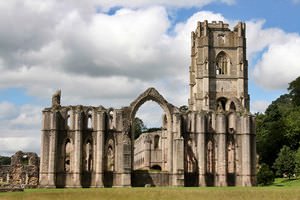 Local people have many interesting rituals connected with holidays. For example, Easter is one of the most beloved celebrations that is liked by both children and adults. Eggs are an essential part of a number of Easter rituals. In the ancient times, pagans used eggs as a symbol of new life, and later these rituals were adopted by Catholics. The tradition of rolling eggs is less clear, but it has appeared in England hundreds of years ago. Egg rolling competitions take place in different parts of the country, and Bolton is no exception.
Advices to travellers: what you should know while being in Bolton
1. The majority of shops and shopping centers work from 9 am to 5 pm. Fans of shopping will like stores that have the «Buy one, get one free» sign. That means that there is a sale or other …

Open
Morris dancing is another interesting tradition that tourists will find amusing to see. The origins of this dance are not clear, but some think it’s an evolved version of druidic springtime rituals. It is possible to see this dance on May Day, Whitsuntide, and Easter. Local people wear clogs and decorated bells, and dance in groups. Tourists interested in modern events and festivals will like Boltfest. It’s one of the most famous tribute festivals in the world and, unlike other music events of this level, it is absolutely free to enter. During two days, best tribute bands from all over the world perform legendary hits and entertain visitors. It’s a charming event with casual, almost family-like environment. 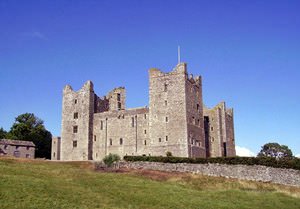 Foodies will find it extremely interesting to attend Bolton Food and Drink Festival. It is the biggest annual event in Bolton. Last year, it attracted as many as 263,000 visitors to the town. The National Association of British Market Authorities even awarded this festival with the Best Food Market title. It’s a true feast of fun, entertainment, and delicious food. Bolton Food and Drink Festival is a family-oriented event that lasts 4 days. During the festival, visitors can attend meetings with celebrity chefs, participate in cooking demos and master classes, enjoy food sampling, attend music concerts and many other activities. Pastry, beer, and wine tasting are essential parts of this event. Every year, more than 200 stalls participate in the event. They offer all kinds of food, snacks, delicacies, drinks, and much more.

This guide to traditions and festivals in Bolton is protected by the copyright law. You can re-publish this content with mandatory attribution: direct and active hyperlink to www.orangesmile.com.
Bolton - guide chapters 1 2 3 4 5 6 7 8 9 10

Cathedrals and basilicas near Bolton
♥   Cathedral Church of St. John the Evangelist, Manchester, 15.9 km from the center. On the map

♥   Syro-Malabar Cathedral of St. Alphonsa, Preston, 26.6 km from the center. On the map

♥   Metropolitan Cathedral of Christ the King, Liverpool, 40.6 km from the center. On the map

♥   Cathedral Church of Our Lady of Sorrows, Wrexham, 70.4 km from the center. On the map

Survived castles around Bolton
♥   Castle 'Turton Tower' , 5.7 km from the center. On the map

Colors of Bolton in photos

Traditions and festivals in cities around Bolton

Manchester
A large number of foreign students in the city allows foreign tourists to feel as comfortable as possible. Among the local youth, there will certainly be someone who speaks your native language. Every week, on Fridays and Saturdays, local students throw wild parties, in the evening thousands of young people rush to the nearest pubs and bars. When entertaining establishments ... Open »
Liverpool
When in the restaurant, it's customary to leave a tip for the service provided. The amount of remuneration should be 10% of the total amount of the order. In addition, give the tips for the waiters, maids and taxi drivers. If you are coming here with American dollars, euros, yens or any other currency but not pounds - better exchange the currency at home because the amount of ... Open »
Blackpool
Vast majority of travelers visit Blackpool during the days of the world famous festival Blackpool Illuminations. The festival starts in the beginning of September and lasts 66 days. Without a doubt, this is the largest festival of illumination in the world. Moreover, it’s absolutely free to enter. During 66 days the streets of Blackpool are transformed into fabulous alleys, ... Open »
Chester
This small English city is famous for its unique cultural traditions; an acquaintance with them will bring a lot of experience to travelers. Chester is known to gourmets from all over the world for delicious local cheese. Every year the city hosts a large-scale food festival visited by guests from all over the world. This large-scale gastronomic feast starts with an unusual ... Open »
Leeds
Some of the city's most beautiful holiday programs are held annually on the occasion of Christmas, which is celebrated on December 25. Preparations for the holiday begins a few weeks before this date. The city is decorated with festive illumination and traditional fairs are held in the main squares. It is not customary to celebrate Christmas at home, all locals take to the ... Open »
Sheffield
‘Steel City’ is an informal name given to Sheffield back in the Middle Ages; however, it is still relevant. The convenient location of the city contributed to the rapid development of blacksmiths; there were deposits of coal and iron ore in Sheffield and the surrounding area. According to historical records, the first blacksmith in the town was founded in the 13th century; ... Open »

Cityguide on traditions, mentality and lifestyle of people in Bolton. Learn the best periods to visit Bolton to discover its soul - authentic festivals, events and celebrations. We will also reveal the interesting habits, attitude towards the world and to tourists in Bolton.