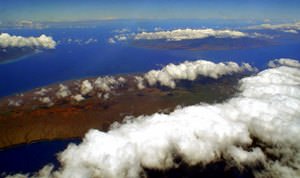 Lanai is not a large island but those who are fond of active way of spending time will find a lot of activities here. Be sure to visit Dole pineapple plantation. This place is a historical landmark because pineapples had been grown on Lanai for several hundred years. Even before the development of the island, most of its territory was used for plantation. In addition, there are not many places in the world where anyone can look at the growing pineapples, learn all about their varieties, the subtleties of cultivation and the history of pineapples in the diet of Hawaiians. Moreover, everyone will be happy to walk through a labyrinth in the shape of a pineapple, where you can get lost and spend sometime trying to find the exit.
Best beaches and recreation areas around Lanai
20 charming beaches are available for the guests of Lanai Island, 12 of them for free public access. Manele Bay beach is located in the southern coast of the island and it is a part of …

Open
One more place on Lanai that everyone who loves amazing views and unique natural sites should visit the Garden of the Gods.There is no such geological formation elsewhere on the planet. Presumably, the Garden of the Gods was formed hundreds of thousands years ago because of the strong eruption. Over the centuries, time and wind changed the local stones and now there are formed many colorful towers of bizarre shapes and different colors in the rock. You should better visit the Garden of the Gods at sunset, but you can walk here at any time of the day or night.
There are 18 nice sandy beaches on Lanai. Some of them are located in Hulopoe which is also a unique natural attraction. The thing is that volcanic eruptions have led to the formation of dozens of lava pits, which are filled with water at high tide. You can swim here and admire dolphins who love to swim in this bay close to people. If you come here in winter months, you will have a chance to see humpback whales. Copyright www.orangesmile.com
Top hotels in Lanai for business trip or short vacation
Lanai island offers travellers 3 upscale hotels, each of them is ready to meet the requirements of the most discerning guests. Admires of luxury are sure to like Manele Bay hotel, which is …

Open
Manele Bay is perfect for whale watching if you come on Lanai in summer. This beach is very popular among divers and snorkelers due to the small number of tourists and the rich underwater world. In addition, you can rent a boat here and go to the open sea fishing, on a tour around Lanai or to other Islands of the archipelago.Divers will love the lava tubes by Cathedrals set and the remains of ships near the Shipwrecks Beach. The second one has such a name because of the insidious currents and even if you are an experienced diver, you should be careful here. 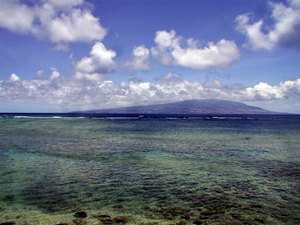 Lanai is a perfect place both for underwater swimmers and surfers. There is cheap rental equipment, there is no usual tourist "sold out". There are picturesque places, a large number of marine life and a lot of places where you can catch a comfortable wave. Despite the fact that local population is small, you can find diving schools and courses for novice surfers in the capital of the island, where you will be told about all the subtleties of these types of active pastime. In addition, you can master water skiing, sea fishing and jet skiing under the guidance of an instructor on Lanai.
Shopping in Lanai - main shopping streets, outlets and boutiques
Despite the fact that there are several huge shops with clothes, shoes and different accessories on Lanai, the island is not a perfect place for several hours shopping. However, if you want …

Open
Do you want to explore local jungle? Then go to the Munro trail, named after the New Zealand naturalist who visited the island in 1890. The path starts from the outskirts of Lanai city and stretches for a dozen kilometers through the virgin forests, which people had no time to damage. The trail ends at the top of the mountain Lanaihale which is the highest point of the island. If you want, you can get acquainted with the local beauty driving on an off-road vehicle which you can rent at several rental companies on the island. If you want to enjoy nightlife of the island, be sure to come to Lanai city and visit its beaches which become open air dance floors at night.

This guide on active recreation and leisure in Lanai is protected by the copyright law. You can re-publish this content with mandatory attribution: direct and active hyperlink to www.orangesmile.com.
Lanai - guide chapters 1 2 3 4 5 6 7 8 9

National and city parks around Lanai
♥   National Historical Park 'Kalaupapa' , 42 km from the center. On the map

Sites around Lanai from our surveys on extreme Earth places 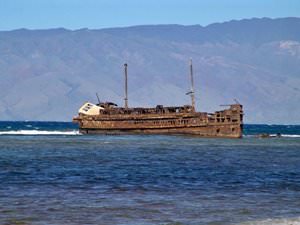 Distance from Lanai center - 11.1 km.
Kaiolohia is a picturesque beach in the USA. This place is also known as a "Shipwreck beach". This beach you can find at the Lanai island. It is one of the most beautiful and attractive islands among Hawaii islands. Notwithstanding that fact that the beach isn’t used for swimming, it is quite popular among tourists. … Read further

Search for active leisure and attraction spots on Lanai map

Molokai
In the capital, there is another picturesque beach, Pali Coast, that is perfect for family recreation. The beach is fully equipped for a comfortable stay and sports activities. Those who prefer secluded places should visit the Dixie Maru beach. It is located far from big cities so there are not so many people. In the surroundings of the capital, there is the Harbor of ... Open »
Maui
The same attracting beach is the D. T. Fleming Beach Park. It gives a chance not only for water entertaining but for barbecue organization. The beach possesses an equipped barbecue territory and provides all the necessary gear to enhance the comfort of its guests. The Launiupoko is a perfect beach area for recreation with kids. It is enclosed with high cliffs from all sides ... Open »
Honolulu
Fans of surfing will definitely fall in love with North Store Beach. Its territory is the location of several sports schools and sports equipment rentals. There are many professional couches there, so it will take you just a few days to learn the art of surfing, which has already become the hallmark of Honolulu. Fans of shopping will also enjoy rest in this resort. Vacationers ... Open »
Oahu Island
Waikiki Shell is a venue for outdoor concerts of musical bands. Those who love movies should visit the open-air cinema which is located not far from the zoo. Do you want to walk through the jungle? No problem! You can become acquainted with tropical flora and fauna, swim in the waterfalls and cross the turbulent river through the hanging bridge on Oahu. There are several ... Open »
Hawaii Islands
Do you want to have fun? So you should definitely visit Waikiki Beach Walk. One it was just a beach, but nowadays this place is full of people day and night. You can combine swimming with shopping, learning hulu dances and night parties here. Windy beaches are perfect for those who want to enjoy snorkelling. In general, there are many organized beaches in Hawaii near big ... Open »
Kauai Island
Kauai is not only a perfect destination for beach holidays, but the island also has quite a lot of different entertaining activities. Horseback riding, kayaking, tube swimming, deep sea and coastal fishing, hang gliding and light aircraft, skydiving with the instructor, water skiing, surfing and windsurfing are among the most popular touristic activities. Diving and ... Open »

Guide to your best city break in Lanai - popular places for recreation and leisure. Things to do during the day in Lanai - attractions, parks, beaches, aquaparks, racing tracks, biking trails or waterski. Recommendations (with addresses, phone numbers and links) where to spend your time in the evening (bars, discos, clubs, etc.). We share some good ideas and the question 'What to do in Lanai?' disappears immediately.