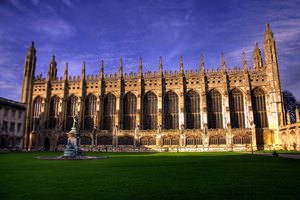 Without a doubt, numerous colleges have brought world-wide popularity to this town. However, the list of attractions of Cambridge is not limited to educational facilities only. The buildings, in which these famous schools are located, are of a great architectural value. The town is also home to several beautiful parks. Tourists will find interesting historical monuments and museums there. Cambridge has simply everything you need for an exciting holiday.
Your active city break in Cambridge. Attractions, recreation and entertainment - best places to spend your day and night here
Beautiful gardens and parks remain one of the main advantages of Cambridge. These are ideal places for sports and entertainment, for private recreation and picnics. The botanic garden of …

Open
Kings College is known as the oldest and most famous college in the town. It was founded by King Henry VI in 1414. A statue of the founder of the college still can be seen in the inner yard of the building. Kings College is known as a true example of the Gothic architecture. The territory of the college is also the location of an old church. This church was built in the 12th century.
St John's college is a no less beautiful place. This college has become internationally famous thanks to its permanent symbol - the Bridge of Sighs. This bridge is a prototype of the famous bridge located in Venice. Its name is associated with the fear of students before exams. Queens College also has its symbol. This is also a bridge built in the late Gothic style. This is a unique structure, which was built without any use of nails. Copyright www.orangesmile.com
Advices to travellers: what you should know while being in Cambridge
1. Bicycle remains the most popular form of public transport in the town. You will find special bicycle lanes in the town and its suburbs. It is very simple to rent a bicycle in one of …

Open
Visiting museums of Cambridge will also become a funny and exciting pastime. A large collection of art items, which were previously owned by one of the graphs, is now exhibited in the Fitzwilliam Museum. In addition to magnificent paintings and sculptures by French masters, tourists will be able to see an interesting collection of pottery, old coins and ancient medals. Fans of contemporary art will like a collection of paintings, which is exhibited in the Kettle’s Yard Gallery.

The Zoological Museum, which is very popular with tourists, was founded in 1814. A part of its exhibits, which is held today in the halls of the museum, is a present of Charles Darwin. Every day visitors are welcome to participate in fascinating excursions and lectures. Children will also be delighted with their visit to the museum. An excursion in the Museum of the History of Science will be no less informative. The tools exhibited here were used by researchers in the days of the Middle Ages. There are many really unique items exhibited here. The Cambridge Museum of Classical Archaeology also features a very interesting collection of items. Ancient Roman and Greek statues are considered the most valuable exhibits here.
Shopping in Cambridge - main shopping streets, outlets and boutiques
One of the most popular shopping destinations for tourists in Cambridge is Market Square. This market is relatively small but the range of products presented here is very diverse. Every day …

Open
Among other interesting museums is The Cambridge Court Room, which is well known to all who have studied law at the university. Here you can learn about lawmaking in the UK and understand the difference between the continental and Anglo-Saxon law systems. The Center for Computing History telling about the evolution of computer technology is especially attractive for gamers and children. Senate House where once Senate meetings were held is presently used as a venue for all kinds of events. Built in 1730 in the neoclassical style, the building attracts hundreds of tourists not only with its architecture but also with rich history and university traditions. 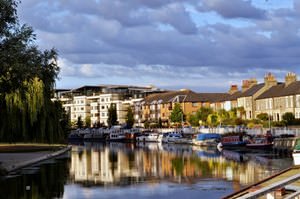 A prominent attraction of Cambridge is King's College Chapel, which is considered a symbol of the University of Cambridge and a magnificent example of Perpendicular Gothic architecture. The church was built in 1446 by order of Henry VI. Since then, the shrine has not suffered much and has been constantly restored when needed. Defending their temple during World War II, the townspeople removed all the stained glass windows, thanks to which the church has survived. Another interesting religious landmark is Great St Mary's Church dating back to 1519. The style is the same perpendicular Gothic.
Guide to Cambridge sightseeing - things to see and to visit
Cambridge is a large linguistic center of England. It attracts tourists by elegant architecture style and wide choice of tourist routes. The number of sights here is so big that it’s …

Open
Mathematical Bridge will not leave anyone indifferent, even though legends told about it are fiction. It cannot be called majestic or rich, being a simple wooden bridge (by the way, its official name is "The Wooden Bridge"), however, many wonder how it's possible that it is still safe and sound. The Cambridge Arts Theater whose wonderful theatrical performances will remain in the memory of everyone who've decided to visit the theater is another great place in the tourist route. The Cambridge Corn Exchange is worthy of a visit too. The theater owes its name to the fact that once it was a corn exchange building. But some events related to the court proceedings prevented this, and in the 19th-20th centuries, the building began to be used as a venue for performances. 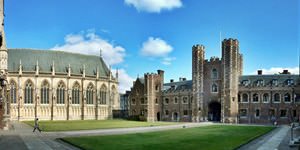 Clare Fellows' Gardens where the divine scent of tropical plants comes from deserves special mention. Of course, the best time to visit the garden is spring when beautiful flowers are blooming. Connoisseurs of quiet and secluded places would probably be interested in Cambridge American Cemetery and Memorial and Mill Road Cemetery famous for their cleanliness and well-groomed areas. All those buried in Cambridge American Cemetery are heroes of World War II, and the cemetery itself is an inexorable reminder of futility. Mill Road Cemetery has buried heroes from both the First and Second World Wars, but its main feature is that some of the tombs belong to special architectural and historical attractions.

In the section below, you can get one of our excursion, activities or city discovery tours over Cambridge and surroundings. Our website offers 10-30% lower ticket prices, when compared to the offline purchase on the spot.

This guide to cultural sights Cambridge is protected by the copyright law. You can re-publish this content with mandatory attribution: direct and active hyperlink to www.orangesmile.com.
Cambridge - guide chapters 1 2 3 4 5 6 7
Reference information
Map of all palaces

Public palaces near Cambridge
♥   Palace 'Apethorpe Palace' , 57 km from the center. On the map

Art galleries in Cambridge and around
♥   Art museum 'Fitzwilliam Museum' Cambridge (UK), 0.7 km from the center. On the map

Cathedrals and basilicas near Cambridge
♥   Cathedral Church of St. Mary and St. Helen, Brentwood, 66 km from the center. On the map

♥   National Shrine of Our Lady of Willesden, London, 78.6 km from the center. On the map

♥   Ukrainian Catholic Cathedral of the Holy Family in Exile, London, 79 km from the center. On the map

♥   Principal Church of Our Lady of the Assumption and St Gregory, London, 79.1 km from the center. On the map

♥   Metropolitan Cathedral of the Most Precious Blood, London, 79.2 km from the center. On the map 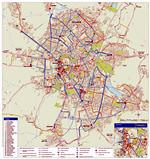 Photogallery of cultural heritage of Cambridge

Excursions over cultural sights of neighbours of Cambridge

Luton
A unique cultural site is the Wardown Museum located in the park of the same name. It occupies a chic Victorian mansion dating back to the beginning of the 19th century. Its collection is dedicated to the traditional crafts and culture of the region. The museum was opened in the 30s of the last century. Over the years of its operation, it has managed to gather a unique ... Open »
Ipswich
The building of the city’s town hall is another famous architectural landmark of the city. It is decorated with a high clock tower. During the Middle Ages the city hall was the highest building in the city. Currently the building has been converted into an art museum. Do not forget to include a visit to the buildings of the grain exchange and post office in your excursion ... Open »
London
London features a huge selection of most diverse attractions - historical and architectural sites, beautiful streets and squares, museums and exhibition centers. Trafalgar Square is a perfect place for walks. London National Gallery is also located here. The gallery contains more than two thousand works of great European painters. Among the exhibits you will find paintings made ... Open »
Norwich
Its construction was finished in 1892. In the course of long history the building was not reconstructed. Genuine connoisseurs of Medieval architecture will love to visit the Saint Peter Mancroft Church built in the middle of the 15th century. The church is one of the most beautiful buildings of the city. The mentioned castle is far not the one and only fortifying construction ... Open »
Leicester
The most striking monuments of the Middle Ages are so-called Leicester bridges. In total, three bridges have survived in the city: Packhorse Bridge, King William's Bridge and Belgrave Bridge. An interesting object is the Beaumont Leys; it's a massive embedment where a few centuries ago there has been a monastery of Templars. Today, the old building is left in ruins. After ... Open »
Oxford
Numerous inestimable samples of architecture in Oxford were destroyed and badly ruined during the World War II. The Oxford War Memorial Garden resembles local folks about tense war times. The memorial was established in 1925 and is comprised of several symbolic statuary groups. The garden is crossed with alleys winding among the monuments and statues. The visitors of the place ... Open »

Culture guide to Cambridge. Which fascinating sights to visit once you are in Cambridge: temples, churches, museums, theaters and castles. Recommendations (with addresses, phone numbers and links) on the places 'must visit' in Cambridge. Plan your own city excursion by using this page info!