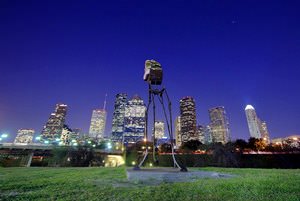 Buffalo is a city with an interesting history. It has many peculiarities that make the city stand out of the list of other cities and towns of the state. For example, Buffalo is often referred to as the “snowy city” because it often snows heavily in winter. Early snow can appear already in the middle of October. As a rule, snow showers are the strongest in December. The peculiarity of the local climate is much defined by the proximity of lakes. Wind passes through them and becomes humid, and that humidity falls down on earth in the form of snow. This climatic effect is often referred to as “the lake effect”. Snow showers stop only after ice appears on the lakes.
Best hotel choice for romantic escape, wedding or honeymoon in Buffalo
Some hotels of Buffalo are especially good for romantic vacations, and Holiday Inn Buffalo Downtown is among them. It offers great options for all tastes, as well as stylish rooms with …

Open
Climate is not the only peculiarity of the city. Travelers are virtually mesmerized by the numerous architectural landmarks of Buffalo. Yet a hundred years ago local architects decided not to take into consideration European standards and develop their own unique building system instead. Almost every building in Buffalo is a true masterpiece of architectural art.
The name of the city is no less interesting. There are several legends that explain the origins of the word “Buffalo”. In accordance with one of them, the city was named after the Niagara River, precisely, after its French translation. The city is often referred by another name – “the city of good neighbors”. This name is quite symbolic because Buffalo has twin cities in different parts of the world. In true, the city got this “nickname” somewhat earlier, at the beginning of the 20th century, when a hydro-electric power station was built in the area and Buffalo got the first electric lanterns in the country. The next name, “the city of trees” is totally understandable after a stroll in Buffalo. There are many beautiful trees in absolutely all parts of the city. Buffalo is famous for its beautiful parks and magnificent gardens. Copyright www.orangesmile.com
Shopping in Buffalo - main shopping streets, outlets and boutiques
Buffalo is full of unusual shops, so there's no need to limit yourself to just strolls through shopping centers and department stores. Those with a sweet tooth should definitely swing by …

Open
The city has a vibrant cultural life. Various events, exhibitions, and performances never end there. As there is some event nearly every week, tourists will not feel bored and have a wonderful chance to explore the cultural life of the city. Naturally, some events and festivals are bigger and attract more visitors and participants. For example, in March the city hosts the annual Buffalo Bloody Mary Fest. It’s a friendly competition that brings together best barmen and mixologists of the city. The competition has three categories – Buffalo’s Best Bloody Mary, Most Creative Bloody Mary, and Best Garnished Bloody Mary. As visitors decide who the winners are, there is no wonder why this festival is extremely popular. As a rule, it is important to purchase the entrance ticket several months in advance to be able to enter the venue. 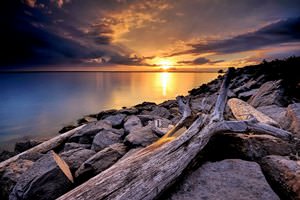 If you’re more into wine, Buffalo’s Premier Wine Festival is the right event to visit. On the first decade of April, the Buffalo Convention Center is the gathering point for winemakers of the region. The list of participating vendors is expanding every year. Wine sampling, various master classes, and entertainment are the essential part of the event. This event is also very popular with local people and guests of the city, so it is better to purchase tickets in advance.
Guide to Buffalo sightseeing - things to see and to visit
Buffalo is the second biggest millionaire-city in the US and a real paradise for people who enjoy travelling and entertainments. When it comes to talking about routes for tourists, …

Open
The Buffalo Museum of Science also provides space for the festival dedicated to a no less popular drink – beer. This event is not only a mere beer tasting – the festival covers all aspects of the “beer science”. Various presentations, home brewing equipment, information about microbreweries of the region, food that suits beer the most, and many other beer related topics form the program of this event. Of course, beer and snack tasting is an essential part of this festival. Not only visitors but also a panel of judges sample all varieties of beer and award the best ones with The Wise Choice Award. The award got its name after Kevin Wise, famous beerologist who had a significant impact on the development of beer science in the region.

This guide to traditions and festivals in Buffalo is protected by the copyright law. You can re-publish this content with mandatory attribution: direct and active hyperlink to www.orangesmile.com.
Buffalo - guide chapters 1 2 3 4 5 6 7 8 9 10 11

City tours, excursions and tickets in Buffalo and surroundings

Cathedrals and basilicas near Buffalo
♥   St. Joseph Cathedral, Buffalo, 0.4 km from the center. On the map

♥   Basilica of St. Adalbert, Buffalo, 4 km from the center. On the map

♥   Our Lady of Victory Basilica and National Shrine, Lackawanna, 8.1 km from the center. On the map

♥   National Shrine Basilica of Our Lady of Fatima, Lewiston, 36.3 km from the center. On the map

♥   Cathedral of St. Catherine of Alexandria, St. Catharines, 42.8 km from the center. On the map

Unique landmarks in Buffalo and around 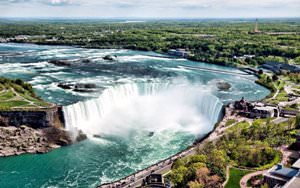 Distance from Buffalo center - 26.7 km.
The expression "Niagara Falls" has long been considering a synonym to mighty and overpowering forces of nature. A unique complex of waterfalls located on the Niagara River is one of the largest in the world. The natural attraction straddle the border between the United States and Canada. The complex includes three waterfalls, the most famous among them is the “Horseshoe Fall”. Waterfalls the “American Falls” and the “Bridal Veil Falls” supplement it. This complex of waterfalls is the most powerful one in North America. … Read further 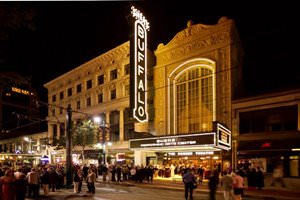 Distance from Buffalo center - 0.7 km.
Travelers will also have the opportunity to visit the outstanding historical theater in Buffalo. It's called Shea's. It has the status of a major art center today. The theater was opened in 1926. One of its main features is considered to be an old theater pipe organ today. It has been in it since the day it was opened. It is used for its intended purpose until now. … Read further 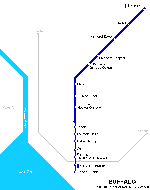 Colors of Buffalo in photos

Traditions and festivals in cities around Buffalo

Niagara Falls
It is considered that the city has got this nickname due to the brother of Napoleon Bonaparte. In 1804 Jerome visited the romantic city with his bride. Since that time his suite is followed by millions of people from all over the world. The city has also another specific nickname being the small Las Vegas. The city turned to the popular touristic center in the middle of the ... Open »
Toronto
The most striking and enchanting event in the cultural life of the city is the Caribana Festival, which usually starts in late July and lasts for more than two weeks. An amazing and bustling holiday with an abundance of costumed processions and solemn parades every year attracts thousands of visitors to Toronto. The festival name speaks for itself; it is dedicated to Caribbean ... Open »
Cleveland
A special attitude to all possible aspects of modern culture and creativity can be considered the main trait of Cleveland residents. For many years, the city has regularly hosted festivals dedicated to modern cinema, music, photo art, and painting. Cleveland is also famous for its gastronomic events. Such festivals are participated by residents of different states and many ... Open »
Detroit
Since Detroit is famous for its automobile past, it is not surprising that the North American International Auto Show is held here. It takes place in mid-January, the show lasts two weeks, ending at the end of the month. Cobo Center is chosen as the venue. Providing the audience with a unique opportunity to see interesting car models, the action is accompanied by the opening ... Open »
Ottawa
Ottawa id a scale modern city featuring unique culture, traditions and customs. Local folks are rather cordial and amicable towards foreign guests. Such an attitude is a result of multinationlaity of the local folks there. The city of Ottawa is home to immigrants from many countries of the globe including Portugal, Italy, China, Germany, Ukraine and others that is why foreign ... Open »
Baltimore
During the festival, you will see competitors who demonstrate the hand-made moving sculptures. What will make you really excited is the sculptures' design, which is truly fantastic and insane. The competition of unusual means of transportation begins in the city and ends on the beach. And lasting eight hours, these man-made kinetic sculptures cover a 15-mile path. If ... Open »

Cityguide on traditions, mentality and lifestyle of people in Buffalo. Learn the best periods to visit Buffalo to discover its soul - authentic festivals, events and celebrations. We will also reveal the interesting habits, attitude towards the world and to tourists in Buffalo.