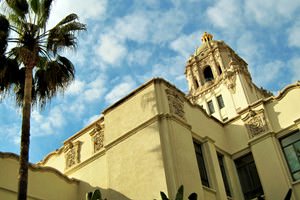 Almost everyone’s first association about Beverly Hills would be luxurious estates, expensive cars, prestigious restaurants and hotels, trendy boutiques, and large shopping centers. While walking in the city, tourists will often see limos passing by or even see famous movie actors and musicians who walk leisurely or dine in a café. Despite the fact that a vacation in Beverly Hills is not a cheap one, hundreds of thousands of tourists visit this city every year. Sunset Boulevard is one of the best places to start your acquaintance with the city. A walk on the boulevard will bring guests of the city to the Old Hollywood area. There are beautiful office buildings of internationally famous companies and several attractive restaurants in this part of Beverly Hills. West Hollywood neighborhood is a way more interesting place to explore. It is famous for numerous restaurants, shopping centers, and boutiques.
Guide to Beverly Hills sightseeing - things to see and to visit
Beverly Hills is one of the most luxurious and prestigious districts of Los Angeles. This region simply amazes with its wealth, so there’s no wonder why is has quickly become popular …

Open
To the south of Sunset Boulevard, there is the most famous quarter in Beverly Hills, the so-called Golden Triangle that is formed by three streets - Rodeo Drive, Wilshire Boulevard, and Santa Monica Boulevard. The majority of trendy boutiques, Hollywood studios, and museums are open inside this triangle. Tourists will be amazed by numerous eye-catching mansions, each of which can be safely called a true masterpiece of architectural art. Tourists interested in museums will find many interesting venues in nearby Los Angeles. For example, they should not forget to attend an excursion in the J. Paul Getty Museum, while fans of art will be amazed to see paintings available in local picture galleries. For example, the Los Angeles Art Museum exhibits as many as 150,000 works by famous painters.
There is one more famous cultural venue nearby - The Petersen Automotive Museum, the exhibition of which includes more than 200 luxurious vehicles. The La Brea Tar Pits is an excellent place to see unique archeological findings. Many precious fossils were discovered in tar pits, which helped these relics to survive in a very good condition. Farmers Market has also become a true landmark of Beverly Hills. Located not far from Fairfax Avenue, the market appeared in the 30s of the previous century. Nowadays, numerous tourists visit the market in order not only purchase the best food in the city but also to admire the inimitable style of old buildings. There are more than a hundred stalls on the market that offer different types of cheese, homemade sausages, pastries, and unforgettable desserts. Copyright www.orangesmile.com
Cuisine of Beverly Hills for gourmet with top restaurants and cafe
Beverly Hills has a wide range of dining venues that can easily fit any taste. The city is home to numerous prestigious restaurants that offer exclusive signature dishes and delicacies to …

Open
Fans of TV will find it incredibly interesting to visit the Paley Center for Media in Beverly Hills. Formerly known as the Museum of TV and Radio, the venue exhibits items that were used as footage for more than 140,000 episodes of old TV shows! Costumes, decorations, set pieces, and numerous memorabilia are just a small part of the museum's exhibition. There are also screens that show various TV shows on demand, from forgotten black-and-white soap operas to 80s sitcoms. Moreover, there are live panel discussions, during which visitors of the museum can meet TV directors, actors, screenwriters, and more. 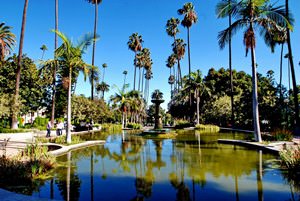 The Academy of Motion Picture Arts and Sciences is the internationally known organization that has gained wide recognition because of the Academy Awards, which are better known as the Oscars. Every tourist in Beverly Hills can feel a connection to the cinema world if they visit the Academy’s headquarter on Wilshire Boulevard. The Grand Lobby is free to enter, and there are periodic movie screenings and other events that are better to check in advance.
Authentic traditions, festivals and lifestyle of Beverly Hills inhabitants
When people hear about Beverly Hills, they immediately get an image of sports cars, luxury mansions, high-end shops, and celebrities in their minds. Indeed, well-known by its zip code 90210, …

Open
Beverly Hills City Hall remains one of the most popular and easily recognized landmarks of the city. The building, which is a great example of the Spanish Renaissance style, is often featured in various films and TV shows. Many tourists come to see the tiled dome and magnificent cupola of the city hall. Initially built in 1932, it was completely renovated in 1982. In 1990, Beverly Hills City Hall got expanded and the Civic Center in a fitting architectural style was added to it. 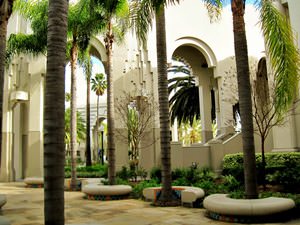 You cannot ignore The Hollywood Museum, where the secrets of cinema and filming movies are told. You can even see the equipment with which well-known filmmakers worked, personal belongings of famous actors and actresses – in general, everything connected with the movie (and in Beverly Hills is difficult to find something that is not related to cinema at all). There is in the city, Madame Tussauds Hollywood. Here among the wax figures you can find Michael Jackson, Elvis Presley, Eminem, Selena Gomez, Julia Roberts, and even superheroes from the Marvel comics – Iron Man, Captain America, Spider-Man.
Your active city break in Beverly Hills. Attractions, recreation and entertainment - best places to spend your day and night here
Fans of shopping will definitely enjoy their vacation in Beverly Hills, as well as foodies and nightlife seekers. The choice of shopping and entertainment complexes, nightclubs, bars, and …

Open
Also in the city you can find the interesting Ripley’s Believe It or Not Museum, with its special atmosphere of the 18th century fair. Everything you can find among the exhibits here is frightening, but at the same time people find it pretty fascinating: the skull, optical illusions, blood, and giants. There is a completely unusual museum in the city, called the Museum of Death. Guys who do things for the thrill of it visit this place. Among the exhibits are not the most pleasant things: photos with scenes of crimes and suicides, autopsies, funeral paraphernalia, drawings of serial killers. Faint-hearted people should definitely not visit this place, only those who are fascinated by the “sad romance” – surely, this unique place should not be missed. 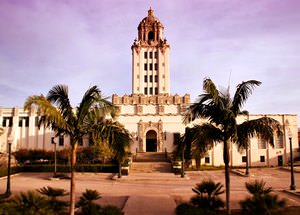 Craft and Folk Art Museum ought to be visited in order to get acquainted with the works of art of local artists. In addition, you can visit it due to the fact that the beautiful building in which the museum is located attracts attention to itself. There are two more interesting museums in the city – the Museum of Tolerance and the Los Angeles Museum of the Holocaust. In each of them you will be told about the Holocaust and what atrocities were applied to people who are different from others, and, of course, the goal is to avoid it from happening again.
Extraordinary weekend in Beverly Hills - unusual places, services and attractions for travel gourmet
…

Open
The hidden treasure of Beverly Hills can be found while walking along the Elden Way. Here is located the Virginia Robinson Gardens – a beautiful park suitable for walking and enjoying amazing flowers. The garden has many levels, each of which has interesting sculptures, plants, fountains, exotic birds, trees and flowers which are very rare. Not all residents are aware of the existence of this place. It should also be noted that there is a church in the city called All Saints’ Episcopal Church, and is also worth a visit.

In the section below, you can get one of our excursion, activities or city discovery tours over Beverly Hills and surroundings. Our website offers 10-30% lower ticket prices, when compared to the offline purchase on the spot.

This guide to cultural sights Beverly Hills is protected by the copyright law. You can re-publish this content with mandatory attribution: direct and active hyperlink to www.orangesmile.com.
Beverly Hills - guide chapters 1 2 3 4 5 6 7 8 9 10 11
Reference information
Map of all art museums

Art galleries in Beverly Hills and around
♥   Art museum 'Los Angeles County Museum of Art' Los Angeles, 4 km from the center. On the map

♥   Art museum 'Santa Monica Museum of Art' Santa Monica, 8 km from the center. On the map

Cathedrals and basilicas near Beverly Hills
♥   Proto-Cathedral of St. Mary, Van Nuys, 12.1 km from the center. On the map

♥   Cathedral of St. Gregory the Illuminator, Glendale, 18.5 km from the center. On the map

♥   Mission San Gabriel Arcángel, San Gabriel, 27.1 km from the center. On the map

Excursions over cultural sights of neighbours of Beverly Hills

Hollywood, CA
Hollywood is sure to please its guests with an abundance of interesting sights, many of which may seem very unexpected and original. While walking along the Hollywood Walk of Fame you can see a lot of interesting and uniquely-designed architectural structures. The magnificent TCL Chinese Theatre resembles a colorful Chinese pagoda in its outlines. In front of this building, ... Open »
Santa Monica
The most touristic and much visited destination of the resort city of Santa Monica is the Promenade accumulating a major part of entertainment establishments, stores, restaurants and bars. This street locates two ancient cinemas of the city which have been working since 1929. These movie halls are the Criterion Theater and Aero Theater. These movie theaters are among the most ... Open »
Los Angeles
Los Angeles is often called a city of fests. The city meets the tourists with a vast choice of entertainments and engaging tours. Each city district has its own unique history and features is own landmarks. The most unusual sight of the city is an ancient cemetery called Hollywood Forever which was established in 1899. This is the place of final destination of world renowned ... Open »
Anaheim
Numerous parks, recreation centers and sports complexes are the main attractions of Anaheim. There are not so many historic sites and monuments in the city. The best way to learn the history of Anaheim is to visit the museum named Muzeo, which exhibits a rich collection of historical artifacts. Fans of Theatre Arts will be interested in visiting Grove of Anaheim, where they ... Open »
Ontario Town
All motor racing enthusiasts should go check out the Wally Parks NHRA Motorsports Museum. Its collection is very diverse and is entirely about the popularization of motorsport. Here you can see exhibits from the past and innovative ones. The museum presents racing cars that were created at the dawn of motorsport, as well as the latest models of racing technology. The ... Open »
Santa Barbara
The main historical landmark of the resort city of Santa Barbara is a missionary church which was built at the end of the 18th century. The construction of this religious landmark was initiated by Spanish conquerors. The building of the church features a unique architectural style. At present the church hosts a museum which collection is devoted to the history of this tourist ... Open »

Culture guide to Beverly Hills. Which fascinating sights to visit once you are in Beverly Hills: temples, churches, museums, theaters and castles. Recommendations (with addresses, phone numbers and links) on the places 'must visit' in Beverly Hills. Plan your own city excursion by using this page info!