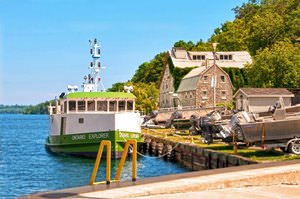 The Granada Theatre cultural center is a famous historical symbol of Ontario. It was built in 1926 at the initiative of local wealthy industrialists and is also known as the Emmon’s Building. After its construction, the theater building whose hall could accommodate 954 spectators became the most beautiful architectural monument in Southern California. It housed a modern cinema hall, as well as a beautiful hall for theater performances and other entertainment shows.
Cuisine of Ontario Town for gourmet with top restaurants and cafe
Ontario would be a great destination to explore traditional California cuisine, which has some peculiarities travelers have no idea about. Many of them associate regional cuisine solely with …

Open
One of the leading supervisors of the theater construction project was the famous city official Dr. Calvert Emmons who dealt with public health issues in the first half of the 20th century. The cultural center was managed by his heirs until 1973 when it became state property. Currently, several shops are open on the ground floor of the historic building, and its other part is occupied by offices. All kinds of performances are regularly held in the well-preserved theater hall featuring an incredibly beautiful historic design.
Among other historical monuments that still stand in the city, the old post office stands out. Its building is noteworthy for its artistic decoration. Several beautiful frescoes created by talented masters in the 40s of the last century have been preserved here. One of the frescoes captures the city's main avenue - Euclid Avenue, while others are dedicated to the industrial past of the city. Copyright www.orangesmile.com
Authentic traditions, festivals and lifestyle of Ontario Town inhabitants
Ontario lives an interesting cultural life, largely due to a mixture of different nations and cultures. Like many other cities in California, Ontario is very multinational. Here you can meet …

Open
Among Ontario's cultural centers, it's worth mentioning the Museum of History and Art - the largest and most visited museum in town. A large part of its exposition is also about Ontario's industrial past. The museum has gathered lots of interesting theme-based exhibits. Especially interesting is the collection of photographs depicting prominent city figures and industrialists who contributed to the city's rapid development. The museum will be interesting to visit and fans of painting, as it stores a diverse collection of paintings by local artists. Part of the museum’s halls is used for temporary art exhibitions that take place almost every month here. 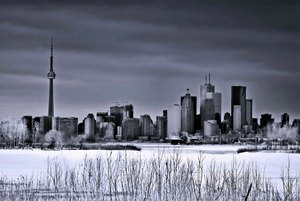 All motor racing enthusiasts should go check out the Wally Parks NHRA Motorsports Museum. Its collection is very diverse and is entirely about the popularization of motorsport. Here you can see exhibits from the past and innovative ones. The museum presents racing cars that were created at the dawn of motorsport, as well as the latest models of racing technology. The institution occupies a spectacular Art Deco building, which in itself is a valuable architectural monument. The museum is also notable for the fact that Auto Club Raceway passes nearby. It is one of the most famous race tracks in the United States.
Your active city break in Ontario Town. Attractions, recreation and entertainment - best places to spend your day and night here
Ontario creates excellent conditions for outdoor activities and entertainment. Fans of hiking, sports, and picturesque nature will like it here for sure. There are several beautiful parks in …

Open
Connoisseurs of contemporary art will love the Chaffey Comunity Museum of Art that was opened in 1941. Its story is interesting and tragic at the same time. The founders of this museum were the spouses Francis and Helen Line. When their daughter Barbara was 8 years old, she died of leukemia. This tragic event prompted the couple to open a small art gallery, which initially presented only 9 paintings. Over time, it attracted the attention of famous Californian artists, and in a matter of years, the museum’s collection has expanded tenfold. 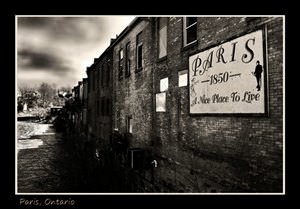 The museum's founders were talented film directors and traveled a lot for their job. They brought paintings of little-known artists from every trip. Each canvas found an honorable place in their gallery. Today, for the convenience of visitors, the museum’s large-scale collection is divided into several thematic halls. The oldest works presented here are dated to the 20s of the last century. Besides beautiful paintings brought from different parts of the world, visitors can see other works of art. These include beautiful wrought iron panels, original stone installations in the Oriental style, glasswork, and other incredible masterpieces by modern masters.
Advices to travellers: what you should know while being in Ontario Town
1. Public transport is poorly developed in Ontario and around it. Active tourists should consider renting a car, as taxi services are quite expensive here. 2. Independent tourists …

Open
If all the city’s attractions and cultural centers aren’t enough, you can go explore the surroundings of Ontario. Nine kilometers from the city is the Planes of Fame Air Museum dedicated to aviation in the first half of the 20th century. Its most valuable exhibits are old military aircraft, many of which were used by the US Army during the Second World War. The museum occupies a vast territory and most of its exhibits are displayed in the open air. Despite its serious subject, the museum is considered a great place to visit with children.

In the section below, you can get one of our excursion, activities or city discovery tours over Ontario Town and surroundings. Our website offers 10-30% lower ticket prices, when compared to the offline purchase on the spot.

City tours, excursions and tickets in Ontario Town and surroundings

This guide to cultural sights Ontario Town is protected by the copyright law. You can re-publish this content with mandatory attribution: direct and active hyperlink to www.orangesmile.com.
Ontario Town - guide chapters 1 2 3 4 5 6 7 8
Reference information
Map of all churches

Cathedrals and basilicas near Ontario Town
♥   Christ Cathedral, Garden Grove, 37.5 km from the center. On the map

♥   Mission San Gabriel Arcángel, San Gabriel, 42.3 km from the center. On the map

♥   Cathedral of St. Gregory the Illuminator, Glendale, 55 km from the center. On the map 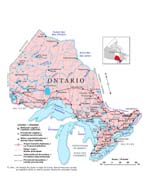 Excursions over cultural sights of neighbours of Ontario Town

Anaheim
There is a large park near the theater. On daytime the park is always full of families with children. Art lovers will be definitely delighted with their visit to a performance by Battle Of The Dance Theater, and outdoor recreation enthusiasts will surely like Park Yorba Regional. It is located in a remote area of the city and has the right to be considered a true "oasis of ... Open »
Los Angeles
Tourists should definitely visit the Petersen Automotive Museum which is considered one of the most unusual and interesting in its kind. The opening of the museum took place in 1994 and since that time its grand collection offers the visitors to enjoy the vehicles of different epochs. There are some cars aged more than 100 years. Another significant landmark of the city of ... Open »
Hollywood, CA
Near the boulevard, there is a number of attractive museums whose expositions are in one way or another related to the cinema. However, travelers are attracted not only by the colorful museums but also by the world-famous Frederick's store where visitors are offered to buy elegant lingerie. It is worth noting that most tourists visit it as a museum, because certain products ... Open »
Beverly Hills
Beverly Hills City Hall remains one of the most popular and easily recognized landmarks of the city. The building, which is a great example of the Spanish Renaissance style, is often featured in various films and TV shows. Many tourists come to see the tiled dome and magnificent cupola of the city hall. Initially built in 1932, it was completely renovated in 1982. In 1990, ... Open »
Santa Monica
Several remarkable landmarks and sites of the city are located in the Ocean Avenue with a statue of Santa Monica being the main symbol of the city. Walking along the scenic street one will get to the pier and finally reach the Santa Monica Pier park which is one of the most favorite places of rest and recreation as among local folks so among foreign guests. The park is a ... Open »
San Diego
The city hosts the oldest church in California. Mission Basilica San Diego de Alcala was established in 1769. In course of its long history the building of basilica has been many times destroyed and renovated. In 1775 the basilica was ruined by native resistance. In 1803 a natural disaster badly damaged this religious construction. Architects have totally renovated and restored ... Open »

Culture guide to Ontario Town. Which fascinating sights to visit once you are in Ontario Town: temples, churches, museums, theaters and castles. Recommendations (with addresses, phone numbers and links) on the places 'must visit' in Ontario Town. Plan your own city excursion by using this page info!