Sightseeing in Ljubljana - what to see. Complete travel guide 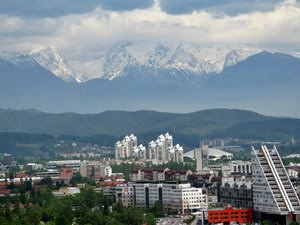 Ljubljana is the capital of Slovenia and the largest city in the country. The city is situated on the bank of the Ljubljanica River. Ljubljana is a large industrial region with numerous well-developed industries such as pharmaceutics, leather and footwear, food processing, woodworking, chemical, textile, machinery, paper and printing.
Family holidays with kids in Ljubljana. How to entertain your child, things to show to children.
Ljubljana is a wonderful city for a vacation with children. It will be exciting to spend a holiday here with kids and teenagers. The popular amusement center Minicity Ljubljana, is oriented …

Open
Even though Ljubljana is a capital of the country, this is a relatively small and very beautiful city, which stands on both banks of the river. This place is famous for its castle - the Ljubljana Castle - built in the Baroque style. The design of the castle has kept the elements of Roman, Illyrian and Celtic buildings. The main attraction of Ljubljana is its main square named Prešeren, which was built in the XVII century. Franciscan church built in the Baroque style is located nearby. Ljubljana can be easily distinguished from other cities of Slovenia for its three central bridges built for pedestrians. The bridges are named Tromostovje and are decorated with fanciful dragons. Tourists can also visit St. Nicholas Cathedral, Bishop's Palace with its covered gallery, the church of St. Jacob, numerous Ljubljana palaces, and enjoy the architectural ensemble of the Revolution Square.
The city is especially beautiful at night. You can watch it from the windows of night cafes and restaurants.

In Ljubljana operates the National Museum of Slovenia. It was founded in 1821 by order of Emperor Franz II. Over the years, the museum's collection has increased. Today it occupies a huge palace. Within its walls are collections of archaeological finds, works of art of various periods, numismatic expositions and other valuable historical exhibits. Visitors to the museum will have the opportunity to stroll around the surrounding picturesque garden. Copyright www.orangesmile.com
Cuisine of Ljubljana for gourmet with top restaurants and cafe
The local cuisine is rather simple but the simplicity of dishes does not take form the merit of ethnic culinary traditions. The table always performs hot baked bread for dinner. The city …

Open
A very unusual cultural center is the Railway Museum of Slovenia. Its opening took place in the 1960s. Now the museum occupies an interesting old building, in which the boiler room used to be. Among its main exhibits, there are old locomotives. Old equipments, which were used before on the railway, are also stored in the museum. This museum does not vary in scale, but all the exhibits collected in it are very valuable. 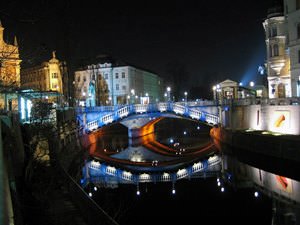 The ancient Church of the Holy Trinity which was built in the 18th century has been preserved in the city. Now the church is considered one of the most striking examples of Baroque style in Ljubljana. It is distinguished by an original roof with bends and a non-standard facade, supplemented by columns. Inside the church there are many unique elements of decoration, including an ancient altar. It was installed in the church right after its foundation. The luxurious marble for this altar was delivered from Africa.
Authentic traditions, festivals and lifestyle of Ljubljana inhabitants
The main personality traits of local people are considered to be modesty, earnest, independence and diligence. At the first sight the local people may appear to city visitors avoidant and …

Open
There are a lot of beautiful parks in the city, a walk along which will be interesting at any time of the year. Tivoli City Park was founded in the beginning of the 19th century. Today, it draws the attention of travelers not only with natural beauties, but also with historical sites preserved on the territory. On the territory of the huge park, you can see a 17th century castle, a beautiful old mansion and other interesting buildings. Recently, a modern sports palace opened on its territory. 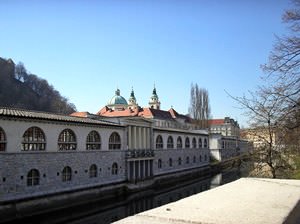 Among the unusual architectural monuments of Ljubljana is worth noting the building, which is called the Ljubljana skyscraper. It was built in the 1930s and at the time of construction, was the highest in the city. Now the building is quaintly distinguished among the surrounding historical buildings. On one of the last floors of this ancient building is a popular observation deck, from which you can see many city attractions.

This guide to iconic landmarks and sights of Ljubljana is protected by the copyright law. You can re-publish this content with mandatory attribution: direct and active hyperlink to www.orangesmile.com.
Ljubljana - guide chapters 1 2 3 4 5 6 7 8 9

National and city parks around Ljubljana
♥   Landscape Park 'Tivoli, Rožnik in Šišenski hrib' , 2.8 km from the center. On the map

♥   Landscape Park 'Krajinski park Ljubljansko barje' , 11.3 km from the center. On the map

♥   Landscape Park 'Polhograjski Dolomiti' , 20.9 km from the center. On the map

Sights around Ljubljana from our guide 'Extreme places on Earth' 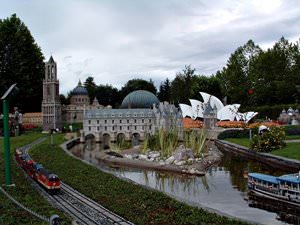 Distance from Ljubljana center - 65.8 km.
Opening of the Minimudus park took place in 1958. Its founder is a local adviser Peter Zoyer. Since the opening until 1977, the park area has been only 15000 square meters. After a massive expansion, it was almost doubled and today it is 26000 square meters. Since the opening, the Minimudus park cooperates with the "Rettet das Kind" charitable foundation. All proceeds from visiting the park are transferred to its account. Travellers are recommended to visit the most interesting park of miniatures in the period from April to October. It is considered one of the most interesting of its kind and is ideal for visiting with children. … Read further 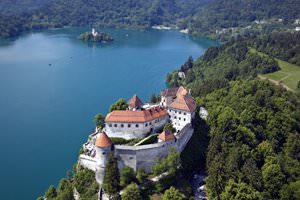 Distance from Ljubljana center - 47.3 km.
Through the castle testion the excursions are carried out, in the course of which one learns a lot of interesting facts about the history and the interior furnishing of some buildings. The largest part of the castle is dedicated to the historical museum, where a large collection of everyday objects, old clothes and weapons is presented. Many tourists strive to visit this strange sight at sunset. At dawn, the high rock and the old castle are illuminated with the impressive illumination. … Read further

Search touristic sites on the map of Ljubljana

Sightseeing in regions nearby Ljubljana

Bled
At the foothills of the Julian Alps, thirty-two kilometers from Ljubljana Airport, there is the gorgeous Lake Bled. The town with the same name is situated at the lakeshore. Bled is an enchanting place with its own unique nature supplied by the healing thermal springs. In summer, water in the Lake Bled warms up to eighteen – twenty four degrees by Celsius. The surface of the ... Open »
Novo Mesto
The famous historical and cultural center, Novo Mesto is an important industrial and economic area of the country. The city is very picturesque, so it has quickly gained popularity and recognition among tourists. The People's House is one of the most famous attractions of this place. This is a historic building with a rich history. The main square of the city, which is also ... Open »
Celje
The old count's castle, which has preserved here, is one of the city's major attractions. Tourists will find much interesting in visiting Town Hall built in 1830, Bridge the Capuchins, Count's Palace and Spodni grad (bottom castle), as well as Church of St. Cecilia and St. Mary (built in 1310). Here have remained many other old buildings that make even a walk in the streets of ... Open »
Trieste
This wonderful Italian city organically combines features from three very different cultures. The reason for this is in the fact that Trieste was under the rule of Austria for more than six centuries. The neighboring Slovenia has also caused a huge influence on the city. All these unique features have been intertwined with the sophisticated culture of Italy. While walking on ... Open »
Kranjska Gora
Comfortable ski lifts take vacationers to the top. In order not to make a ski vacation in Kranjska Gora unpleasant, there are twenty-three ski lifts in the resort. Eighteen of them are surface lifts. Some of the ski lifts are quite old and deserve to be exhibited in a museum. Dating back to the inception of the resort, these ski lifts feature T-bars, soundless lifts, and even ... Open »
Carinthia
Carinthia is the southernmost province of Austria. These places attract mainly fans of ecotourism, as well as connoisseurs of art and history eager to explore priceless monuments of history represented in local towns. The capital of the region is the city of Klagenfurt; this is where the most impressive architectural landmarks and museums are situated. The must-have excursion ... Open »

All about Ljubljana, Slovenia - sightseeings, attractions, touristic spots, architecture, history, culture and cuisine. Prepare your trip together with OrangeSmile.com - find out the 'must see' things in Ljubljana, which places to visit, which excursions to take, where the breathtaking views are waiting for you. Planning your trip with this travel guide will help your to get the most out of Ljubljana in few days.