Sightseeing in Maribor - what to see. Complete travel guide 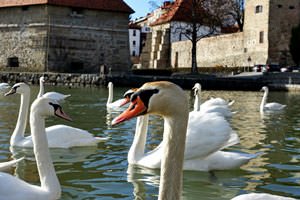 Maribor is one of the biggest cities in Slovenia and the most important cultural center of the country that has long attracted tourists’ attention. The castle called Marchburg was first mentioned in the second half of the 11th century. The settlement surrounding the fortress gained an official city status and a modern name in 1254. Maribor was developing primarily as a trade center facilitated by the beneficial location of the city. In the Middle Ages, it suffered multiple forays of the Turks but countered them successfully. In the middle of the 19th century, the city became a location of the bishopric of Levant.
Excursion over cultural sights of Maribor - 'must visit' points of interest
Maribor has preserved a huge number of historical constructions built in different epochs, so it is really hard to allocate one from such variety of attractions. One of the major historical …

Open
Maribor had to undergo a lot of harsh trials during the First and Second Wars. At present, it has a status of the most important transport, trade and cultural center of Slovenia. The city is famous among travelers primarily for a variety of architectural monument preserved in its territory. One of the major symbols of the city is beautiful St. John the Baptist Cathedral, Stolnica Svetega Janeza Krstnika, that was built in the 12th century and is a true example of the Gothic style.
In the city, there is the old Maribor Castle

that has managed to survive and remained almost unchanged since the 15th century. The architectural heritage of the city includes multiple museums and exhibition centers, which rich collections lets appreciate the national culture of citizens and learn a lot of interesting historical facts about Maribor. Copyright www.orangesmile.com
Your active city break in Maribor. Attractions, recreation and entertainment - best places to spend your day and night here
In Maribor, there are not so many noise entertainment venues. The city will impress those travelers who like hiking tours and cannot imagine their vacation without visiting interesting …

Open
It also should be noted that in winter the city is often visited by skiing fans. Near Maribor is Mount Pohorje, on which slopes magnificent ski routes are equipped for skiing fans. The resort area of Maribor Pohorje has long been a place where the largest international competitions are regularly held, so the resort is visited by many eminent sportsmen. 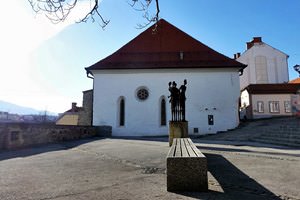 Another attractive feature of the old Slovene city is healing thermal springs, near which upscale wellness centers are located now. Travelers can successfully combine walks along picturesque places and their acquaintance with the city attractions with wellness procedures, as thermal centers are accessible to the tourists all year round. Maribor is a fascinating modern city with a rich and eventful historical past. It will certainly impress those travelers who give their priority to different kinds of sport. The perfect tourist infrastructure of the city attracts to comfortable and interesting recreation.
Top hotels in Maribor for business trip or short vacation
The most upscale and most prestigious hotel in Maribor is Habakuk-Wellness. It is located in the picturesque submontane district of Pohorje and has a fascinating territory. The hotel is …

Open
Maribor is famous as a thermal resort. First healing thermal springs were discovered more than a century ago there. These thermal springs are located not far from the resort, so several modern wellness centers have appeared nearby in recent years. Nowadays, professional doctors work there, and local wellness centers offer rejuvenating treatment courses for different groups of illnesses. However, regular tourists also visit these thermal centers. As a rule, they simply want to have a vacation that is both exciting and good for their health. There are swimming pools with thermal water, massage rooms, and even balneology rooms. 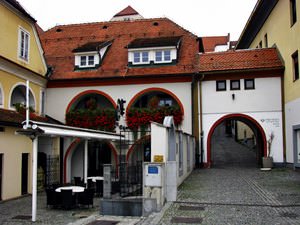 Maribor is an essential stop in thematic wine tours. Not far from the resort, there are historical wineries and large vineyards. Vinag wine cellars are one of the main landmarks of the region. They were founded several centuries ago, and until now these cellars remain among the largest in central Europe. The length of the underground tunnels is more than 2500 meters. The cellars constantly store more than 5.5 million liters of wine. Nowadays, the cellars are open for excursion groups. Naturally, such wine tours end with sampling of the best varieties of the popular drink.
Excursion over cultural sights of Maribor - 'must visit' points of interest
Maribor has preserved a huge number of historical constructions built in different epochs, so it is really hard to allocate one from such variety of attractions. One of the major historical …

Open
Fans of exploring picturesque places should definitely not forget to visit the Drava River. There is a beautiful waterfront on one of its banks. In summer, vacationers will have an opportunity to enjoy a refreshing boat ride. There is an interesting landmark not far away from the waterfront – an ancient grape-vine that was planted on its current site more than 400 years ago. Surprisingly, the vine is still alive. In summer, open-air stages open on the bank of the river. In total, several interesting music and theatre festivals take place in the town during warm months. Finally, Maribor Island is located within walking distance of the waterfront. In summer, a comfortable beach opens there.

This guide to iconic landmarks and sights of Maribor is protected by the copyright law. You can re-publish this content with mandatory attribution: direct and active hyperlink to www.orangesmile.com.
Maribor - guide chapters 1 2 3 4

City tours, excursions and tickets in Maribor and surroundings

Survived castles around Maribor
♥   Castle 'Water Tower' Maribor, 0.2 km from the center. On the map

National and city parks around Maribor
♥   Landscape Park 'Krajinski park Mariborsko jezero' , 5 km from the center. On the map

♥   Landscape Park 'Krajinski park Jareninski dol' , 7.5 km from the center. On the map

♥   Landscape Park 'Krajinski park Negova in Negovsko jezero' , 24 km from the center. On the map

Sights around Maribor from our guide 'Extreme places on Earth'

Distance from Maribor center - 61.5 km.
It is also worth noting that the old house of Arnold accurately recreates the design of the past years; ambience in the kitchen is recreated in a very exact way. At the opening of the museum in 2011, fans of the actor came from around the world. Schwarzenegger himself also participated in the opening ceremony and delivered a speech. The actor noted that the museum became a symbol of the will and the fact that absolutely everyone can achieve a great success. … Read further

Distance from Maribor center - 61.4 km.
The museum was opened in 2011. His director is Peter Urdl, Arnold's companion. According to the unofficial information, the school friend of the actor has come to found the museum devoted to Arnold. The actor took an active part in his education. For example, he has almost completely rebuilt the kitchen after the child's memories, as well as handed over the most important and memorable things to the museum. The old family photos, the first dumbbells of the big bodybuilder, the incredibly realistic wax figures and the cozy kitchen with an old metal stove - the house in which Schwarznegger spent his childhood is full of valuable and unique exhibits. … Read further

Search touristic sites on the map of Maribor

Sightseeing in regions nearby Maribor

Ptuj
The first mentions of Ptuj date back to the first century AD. At that time, the town was a part of the Roman Empire. The ruling emperor, Trajan, officially gave the settlement a town status. Historians think that that the first settlements appeared in the region yet during the Stone Age. During the Roman Empire period, the town had another name – Poetovio. The ... Open »
Celje
The third-largest city of Slovenia, Celje, has been known since ancient times. In the Middle Ages the city was the center of the only Slovenian state that had managed to maintain the complete independence (Celje County). Therefore, the count's symbol (three stars) has become the emblem of the city and a part of the State Emblem. The old count's castle, which has preserved ... Open »
Graz
Graz is an ancient city and a capital of Styria region of Austria. In XII century Graz was an amazing residence of Habsburg dynasty that left to the city its historical district, the Old City, which is in great condition even after so many centuries. Here you will also find buildings, houses, inner yards decorated in Renaissance style. Starting from 1894 here works Scholssberg ... Open »
Zagreb
Zagreb is a capital of Croatia and an important economic and scientific center. Travellers call Zagreb “the city of museums”. Indeed, the number of cultural sights and exhibitions centers is really stunning. Moreover, the majority of them are unique on the country scale. For convenience the city is divided into three regions. Gornji grad is considered the historical ... Open »
Novo Mesto
The People's House is one of the most famous attractions of this place. This is a historic building with a rich history. The main square of the city, which is also the main shopping center, is called Glavni. The largest shopping and restaurants of Novo Mesto are located around it. From time to time the square becomes the place of trade fairs and paintings exhibitions. Other ... Open »
Velika Gorica
Velika Gorica was founded in 1278. This is a small cozy town with interesting history. It is rich in sights and cultural values. During the times of Independence war the city has been severely damaged and many buildings and monuments have been destroyed. Today several monuments remind of those tough times and the city tries to remember any evidence of its rich history. Large ... Open »

All about Maribor, Slovenia - sightseeings, attractions, touristic spots, architecture, history, culture and cuisine. Prepare your trip together with OrangeSmile.com - find out the 'must see' things in Maribor, which places to visit, which excursions to take, where the breathtaking views are waiting for you. Planning your trip with this travel guide will help your to get the most out of Maribor in few days.