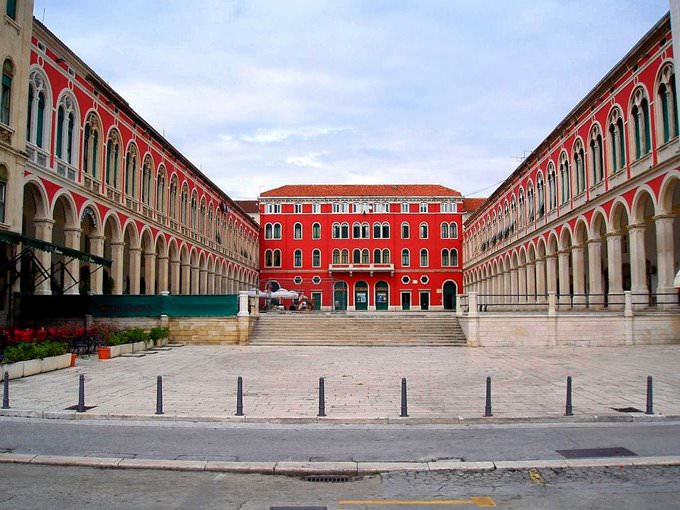 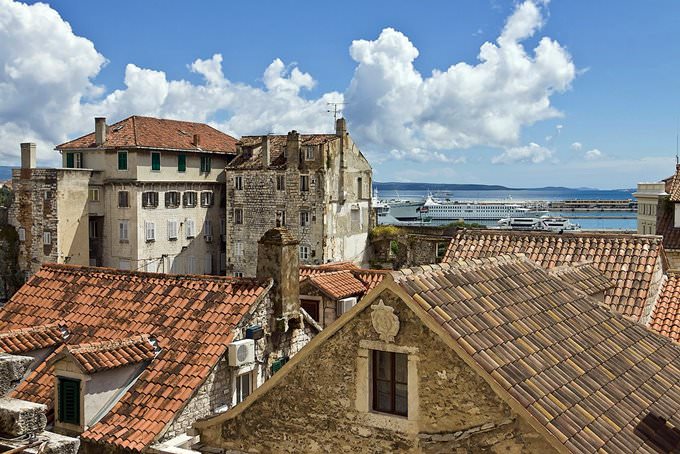 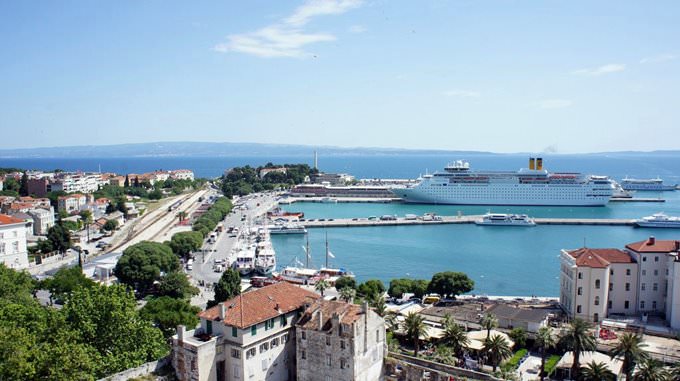 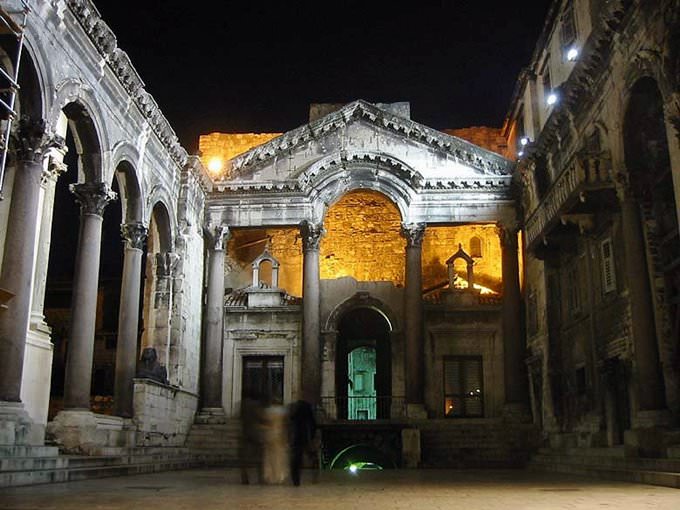 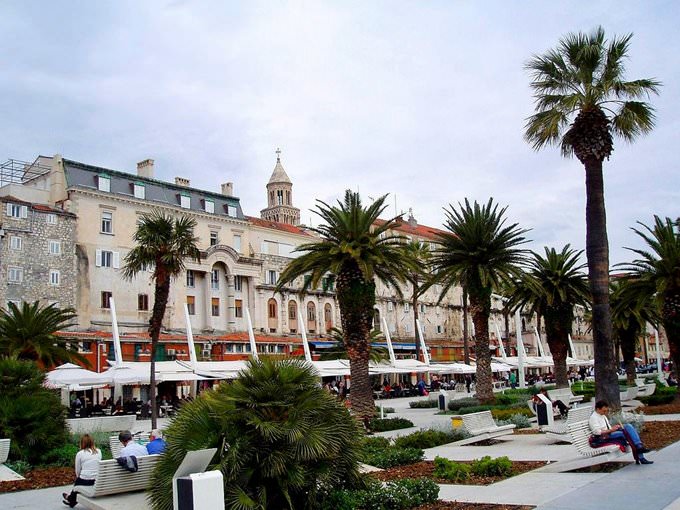 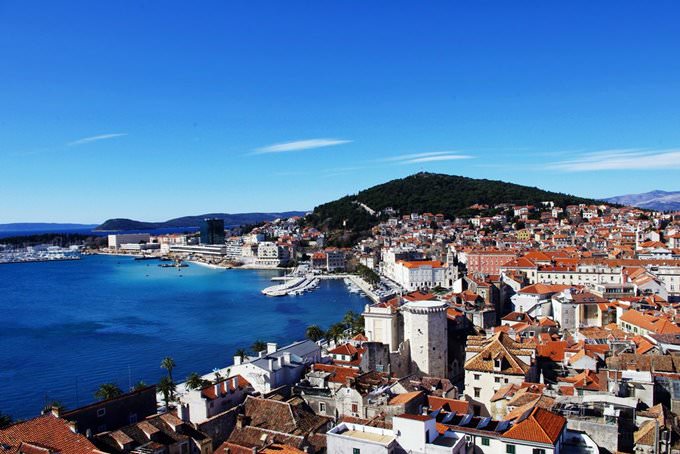 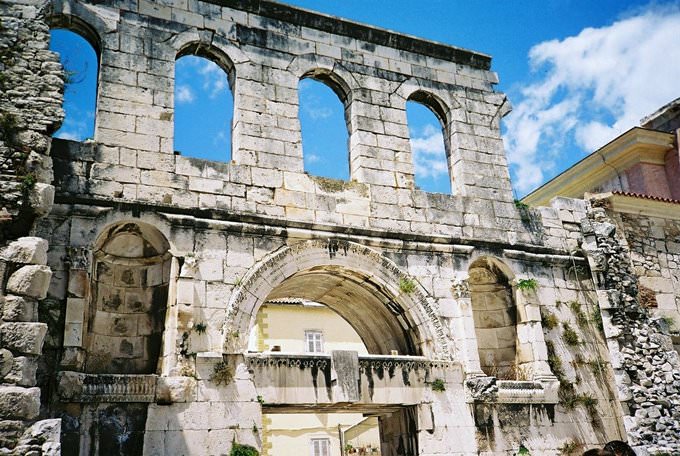 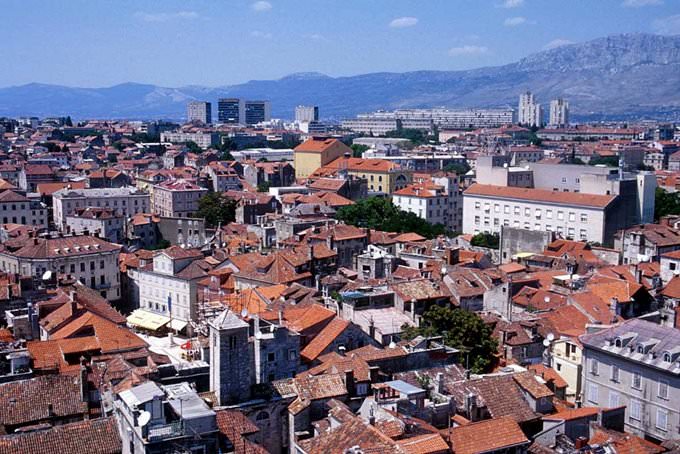 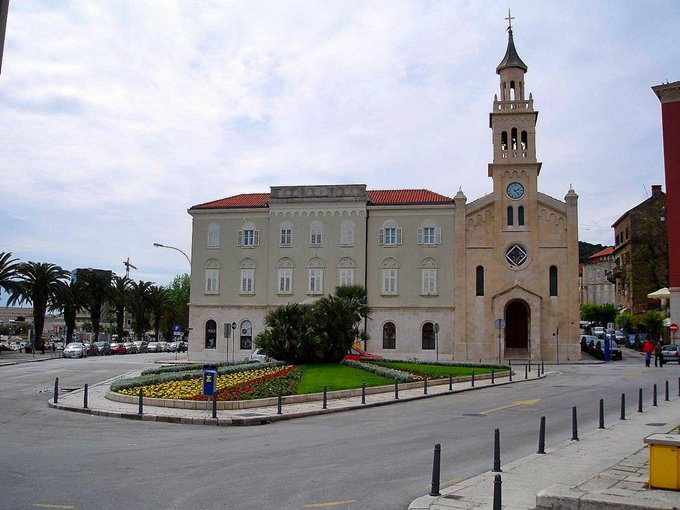 Chapters of the guide to Split

Guests of Split won’t experience any shortage of things to do; tours to historical monuments can be successfully combined with walks around the shops, scenic parks and entertainment centers. In warmer months, vacationers can enjoy picturesque beaches. The most beautiful and lively beach is Brela. Surprisingly quiet and clean, it is perfect for families with children. This site is surrounded by beautiful green … Open

Split will certainly appeal to those who can’t relax without a visit to the cozy restaurant or cafe. Local conobas - small restaurants with a homelike atmosphere and extremely pleasant prices – are very popular among foreigners. Local dining places will offer visitors a wide selection of treats, including juicy steaks and vegetable side dishes, classic fish and mussels, as well as freshly baked bread and … Open

St. Dominic church is a real pearl of the city. The first mention of it dates back to the 13th century. The exact date of the foundation of the church is unknown. Well, one theory is, it was built in 1217 by the Dominicans, who founded their own monastery in this place. Many fine old pieces have been preserved in the miniature church. A beautiful baroque altar, wall paintings and medieval crucifixes created in Gothic … Open

1. Those who want to visit the Marjan park are recommended to go for a walk early in the morning. The park is located in a mountainous area, so in the middle of the day it may be difficult to climb the mountain because of the hot sun. Don’t forget to take a bottle of water, because there are no shops and cafes in this area. 2. Besides souvenirs you can buy excellent city guides and booklets describing the … Open

The Palace of Diocletian is an attraction that is known far beyond the city. This is a real miniature city with an abundance of beautiful historic buildings; its territory is fenced with high fortification walls. Here is the Church of St Dominic, named after the patron saint of the city. The religious building was erected on the ruins of an ancient mausoleum. In the first half of the 20th century, a large-scale … Open

The Archaeological Museum of Split has the great interest for visitors. Its collection will be liked not only by history fans, because here are collected numerous amazing exhibits, the most notable of which is a collection of precious stones. Hikers simply can’t fail to visit Marjan Park. You will also see several old buildings here and enjoy the beautiful nature. Diocletian's Palace remains the main symbol … Open

Search touristic sights on the map of Split

Photogalleries of neighbours of Split

Ciovo Island
The central attraction of Ciovo is the notorious city of Trogir. It was founded in the 3rd century BC by the colonists from Syracuse. The settlement has now grown to a fairly large size and has long gone beyond the tiny island between the coast of mainland Croatia and Ciovo. You can get to the central, historically valuable part of Trogir by crossing the bridge over the canal ... Open »
Brac Island
Feel the atmosphere of the Renaissance and New Times in Milna. This beautiful small town was founded in the 16th century and was home to retired captains of sea vessels for a long time. However, the Roman ships came to the city harbor much earlier. The Church of St. Mary, built simultaneously with the foundation of the city and the Gothic church of St. Joseph, is also ... Open »
Hvar
Hvar is the largest city of the island; a significant part of historical sites can be found on its territory. The Cathedral of St. Stephen is situated on the main square; its construction has begun in the 16th century and lasted until the mid17th century. At the final stage of construction the unusual bell tower was added. Now its top is equipped with an excellent viewing ... Open »
Hvar Island
In Stari Grad, founded before our era by the Greek colonists, the ruins of the defense wall are still preserved – the remains of the city gates can be found near the church of St. John. During the excavations, there were also found the remains of houses and a lighthouse built by the first settlers. The monastery of the Dominicans, which can be found in the city, was ... Open »
Makarska
The small beach resort will please travellers with a variety of interesting holidays and festivals that are held here throughout the year. Most of the holidays dedicated to national culture and traditions are held in the summer, the largest is the festival Makarska Ljeto. The colourful summer festival is dedicated to a variety of areas of regional culture, it is attended by ... Open »
Vis Island
Komiža is the oldest port on the island. It was founded by Venetians who needed a transit point for trade in the sea. The village is located only 10 kilometres from the town of Vis. One of the most interesting local attractions is the building of the Community Centre. It is a high and well-preserved tower of the Renaissance, built in the 16th century. Saint Nikola church ... Open »
Murter
Tisno town is the closest settlement to the mainland. It was built in the 15th century and residents decided to build a bridge that would connect the island with the coast. However, the threat of pirate raids and discontent of the islanders slowed down this project. The building of the bridge had started after the fall of the Venetian Republic. Its construction was stopped ... Open »
OrangeSmile.com - online travel reservation expert providing reliable car rental and hotel booking services. We feature more than 25.000 destinations with 12.000 rental offices and 200.000 hotels worldwide.
Secure Server