Nature of Netherlands - national parks and reserves for active recreation 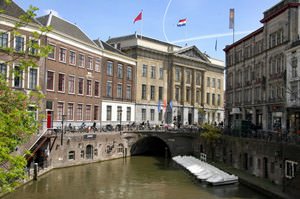 The Netherlands is a country of lowlands. The majority of its territories are below the sea level, and therefore the local inhabitants had to take back their own lands from the seas for centuries. Today, many dams, castles and fortifications remind about protecting the coastline from flooding. Only 2 percent of the Netherlands’ lands are above 50 km above sea level. If there were no fortifications, the half of the country would be under water. However, it was a war with the sea that gave the state such a large number of recovered fertile lands, where today legendary tulips and other flowers grow. In the Netherlands, there are lots of reservoirs and river arteries. The largest rivers are the Rhine, the Meuse, and the Scheldt.
Things to do in Netherlands - active leisure
The Netherlands has a fairly long coastline along the North Sea; it’s about 450 km. Therefore, the centers of the active leisure are located mainly …
Read further
Several major national parks are located on the territory of the Netherlands. The indulgent summer, when the average temperature in July is about 18 degrees Celsius, makes hiking comfortable and even more interesting. It is important to consider that the climate is quite rainy, and therefore, when going outside, you need to know the weather forecast. The oldest is Veluwezoom Park. It is located on 50 square meters, close to the province of Gelderland. Natural forests grow there; roe deer, foxes, badgers, red deer, martens, white-tailed eagles, and other animals live in the reserve. Another large national park is the De Hoge-Veluwe Park. One of the largest open-air museums in Europe is situated there.
The Zuid-Kennemerland National Park is visited annually by more than 2 million people. It is located on the seashore. The place borders with a beach that is not part of the protected lands. This is a very picturesque nook with dunes and beautiful deciduous and coniferous forests. The park is home to a large number of foxes, rabbits, and deers. Local workers have developed a special breed of cows, the Scottish longhair. There are also several lakes in the park, as well as the ancient Dainulust castle dating back to the 19th century. Several tourist trails and bike routes have been laid along the territory for the convenience of tourists. Copyright www.orangesmile.com
What you need to know about Netherlands prior to visit - advices
1. Don’t go to the Netherlands in a fur coat or other outerwear made of natural fur. Animal rights activists can attack and even set the item on …
Read further
The lush flora is typical for the Netherlands. The most popular tulips, roses, and lilies in the world grow here. All these plants are actively used in the landscape design of parks and gardens. Artificial lakes and canals are set there too. This only emphasizes an important feature of the country - the landscape is really artificial. A vivid example of garden art is the landscape of the castle of Het Loo. It's not just beautiful plants growing around the fortress. The landscape here here is a real piece of art. Gardens combine elements of baroque and classicism; there are oak and pyramidal yew alleys. Adorable patterns are created of plants. 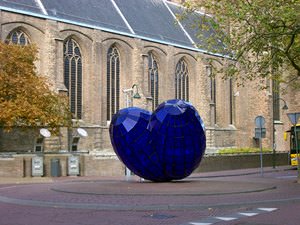 In the small botanical garden of Amsterdam, there are more than 200 thousand different flowers. This is one of the most planted gardens in the whole country. Walking along its shady avenues, you can relax from the crazy rhythm and lifestyle, and enjoy the magical beauty of nature. Very beautiful and picturesque places for recreation can be found in Limburg. Gardens of Arsen feature 5 different branches. Tourists can admire rosary, shadow, water and other gardens, in which, in addition to amazing plants, there are flamingos, storks, owls and other animals.

Famous places and sights of Netherlands

The guests of Amsterdam have a unique opportunity to visit the Museum of Marijuana. Such a facility can hardly be imagined in any other city in the world. The museum was opened in 1991. Its founder was Ben Dronkers, for whom the breeding of hemp became the life-work. Visitors to the museum will learn that hemp is one of the oldest grasses on the planet, which has long been applied.

The hemp was used for cooking, from this grass the remedies were made of many diseases and even fabric and paper. The large collection of exhibits illustrates this remarkable fact: in the museum one can see the old medical books and recipes, the beautiful clothes and even the old Heupräparate. Part of the exposure is dedicated to 'the smoke side of the question'. Here is a rich collection of old pipes, … Read all

Efteling amusement park is one of the most remarkable and fabulous sites in the Netherlands. Every year, thousands of people choose Efteling as a place for family reunion. 'The main inhabitants' of the magnificent park are fairies, dwarves, elves and magicians. The park is characterized not only by a lot of the attractions, but also by the exclusive decorations. In the park there is the very beautiful castle and the numerous sculptures of the mythical figures. The unique landscape makes the park particularly magical.

The park was opened in 1952. Its founder is the well-known decorator Anton Pieck. It was his idea to turn the traditional amusement park into a strange fairy-tale land that would definitely please the followers of the work of Charles Perrault and Hans Christian Andersen. … Read all
All unique sightseeing Netherlands

Cultural sights in regions of Netherlands

Amsterdam
Dam Square is the location of the famous historical monument - National Monument (Nationaal Monument). It was opened in 1956 in the memory of victims of World War II. Every year on May 4 a solemn wreath-laying ceremony takes place at the memorial. You will find much pleasure simply in making a usual walk through the city’s streets as you will find many interesting museums and galleries there. Some of the local cultural institutions are truly unusual, for example, Museum of Hashish and … Read more

Maastricht
The City Hall, the construction of which took place in the middle of the 17th century, is a wonderful place of interest and a great example of the Baroque style. Near the City Hall are located numerous mansions and historic buildings that have been built on different times and, thus, feature various architectural styles. Among the cultural institutions of the city we should definitely mention Bonnefantenmuseum. Nowadays this is an art museum located in a beautiful modern building. Earlier its … Read more

Rotterdam
The local Historical Museum is also the place where you can see numerous unique exhibits and learn interesting facts about the history of the city. Art lovers should certainly not forget to visit Kunsthal center, which regularly hosts exhibitions of contemporary painters and sculptors. The gallery is the location of a constant exhibition of paintings and photographs made by local artists. Boijmans Van Beuningen Museum features a unique collection of art, including works by artists of the 16th … Read more

The Hague
Fans of exciting excursions should not forget to visit the center named Omniversum. Here visitors can watch the explosion of a volcano, to fly on a spacecraft and plunge into the depths of the ocean - all thanks to the unique visual effects. Madurodam, a large museum complex under the open sky, is another place of interest that cannot be ignored. Every year more and more buildings and exhibits appear here. Beautiful miniature city is nothing else but a miniature reproduction of Holland. The … Read more

Utrecht
Sight of the later period is Rietveld Schroder House. The house named after architect was built in 1924; it is considered one of the most interesting landmarks of Utrecht. The excursion around house includes viewing informative film about the great architect; visitors can also appreciate the unusual interior of the building. There are lots of interesting museums and cultural centers in Utrecht, a visit there will diversify the program of vacations. An interesting collection of exhibits is … Read more

Eindhoven
Among architectural treasures, the church of St. Catherine is notable. Built in the mid19th century, it is located on the ruins of a medieval church. The construction is made in the Gothic Revival style and has a very impressive interior decoration; the church features amazing stained glass windows. Among modern architectural landmarks the Evoluon conference center deserves attention. This unusual structure made in the futuristic style was erected in 1966. Opening of the conference center was … Read more

Groningen
The beautiful church was built over five hundred years ago and its premises store many interesting religious artifacts. The walls of the church are decorated with beautiful frescoes, which are the result of work of the 13th century masters. The main hall of the church has become home to a huge baroque organ, the largest one in Northern Europe. Museum Groninger is one of the most noteworthy cultural institutions of Groningen. The museum is located near the railway station. Its three spacious … Read more

Delft
The tomb of Karl-Wilhelm Naundorff is very unusual attraction. This impostor was calling himself Louis XVII, the great French king. The tomb of the impostor is located in the old cemetery next to the royal yeast factory. Market Square is also the location of several interesting sights. Here is located the building of New Church (De Nieuwe Kerk), which was built in the 15th century. On the territory of the church are buried several prominent figures of the city. The old prison tower is located … Read more

Netherlands: Map of sightseeing in regions