National traditions of Netherlands. Habits, mentality and the way of living 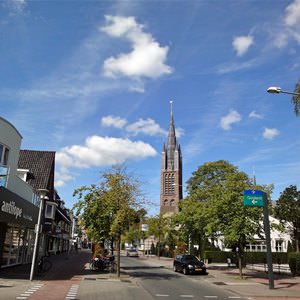 The first thing that tourists associate with the Netherlands is the legal sale of light drugs in coffeeshops. Amsterdam is a city without prejudice, a city of free and open-minded people. Here, abortion, prostitution, euthanasia, and same-sex marriages are legalized. At the same time, the Netherlands can be called a country of contrasts and paradoxes. For example, you can be painted on the street for wearing a fur coat. That’s also a consequence of the discretions granted to residents by the state.
Netherlands cultural sights. What to see?
The Netherlands is widely known for its school of painting. Rembrandt van Rijn, Vincent van Gogh, Piet Mondrian and many others were making arts in …
Read further
The Netherlands is an amazing state where the capital is radically different from the most other cities. Nominally, the power is held by the monarch, but, in fact, the country is governed by the parliament. The Netherlands features the very low crime rate. That’s one of the safest countries in Europe. Here, people are tolerant to all races and skin colors; the same rule applies to tourists. National features of the Dutch are politeness, punctuality, and thrift. Travelers will feel comfortable among the friendly and calm locals.
There are several traditions that everyone who comes to the Netherlands should know. It’s not accepted to dance in restaurants. It’s better to go to a disco for that. The Dutch don’t shake hands with each other at the meeting and almost never make compliments. The stinginess of these people manifests itself. At the same time, they are very tolerant of someone else's opinion, never get into a dispute, and respond to rudeness by politeness and a smile. They never boast with their wealth, and tourists shouldn’t do that too. In this country, such gestures are considered a bad form, the same as non-punctuality. Dutch people simply can not stand that. Copyright www.orangesmile.com
Things to do in Netherlands - active leisure
The Netherlands has a fairly long coastline along the North Sea; it’s about 450 km. Therefore, the centers of the active leisure are located mainly …
Read further
Dutch have the special attitude for dining. For example, there is a rule called 'one cup - one cookie' in their culture, and they are still strictly observing it. They do not eat yesterday's food, so they usually cook as much as they can eat. However, the Dutch are very fond of the holidays. They are happy to celebrate the triumph of the royal family, national holidays, and birthdays. A person of a different culture will be very surprised by the Dutch birthday party. At the celebration, it is customary to congratulate not only the hero of the day, but all those present too. 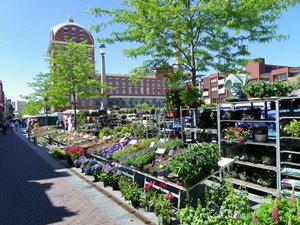 Another amazing tradition that will be interesting for tourists is hunting for old things. About once a month, residents throw out large items on the street. These include old furniture, household appliances, interior items, building materials, and anything that they no longer need. Almost all things are in perfect state. Such dumps became popular places. They act as free flea markets, where any Dutchman can pick up the right thing. Pragmatic and thrifty Dutch people do not consider this to be any shameful. On the contrary, they are happy to use an opportunity to save or find the unique stuff for their home.

♥   Sint Christoffelkathedraal, Roermond. On the map

Castles of Netherlands
♥   Castle 'Breda Castle' . On the map

Famous sites of Netherlands in pictures

Unique traditions in cities of Netherlands

Amsterdam
When dealing with the natives, do not express the feeling of superiority as it will certainly cause a lot of negative emotions. Loyalty to distribution and use of soft drugs and has also long become a hallmark of the local way of life. It is worth noting attraction and respect for everything made in the UK from the side of the local residents. Many people here speak English perfectly and are well aware of the lifestyle, culture and worldview of the British. As it has been mentioned already, … Read more

Maastricht
Each February here takes place a no less colorful celebration. Each year here is selected the Prince of Carnival, which is awarded with the key to the city from the hand of the mayor. During several days mass celebrations take place on the streets and squares of the city. Locals and tourists drink hot mulled wine and eat flavorful waffles, and nimble dancers and musicians entertain visitors and demonstrate their talents. March is the time for conducting the world-famous exhibition of … Read more

Rotterdam
Local residents possess good skills in finding the compromises, respecting and taking into account the interests of the parties in the course of the dialogue or negotiations. You can formulate the essence of the Dutch mentality in one phrase: everyone can act as he sees fit until this does no harm to others. The consequence of such a national desire for consensus is apparently the legalized prostitution in the Netherlands, light drugs, same-sex marriages, and euthanasia. People of Rotterdam … Read more

The Hague
In summer the city hosts a variety of music festivals, the most famous of which is certainly Parkpop, which brings together fans of pop music from all over the world. Perhaps, ‘the Feast of herring’ is the most unusual celebration which is celebrated by the inhabitants of Hague in late May. On the day of the celebration citizens consume hundreds of barrels of young herring, but the first barrel is traditionally presented to the Queen. Another distinctive feature of the local people is love … Read more

Utrecht
Going to visit a new acquaintance, you should definitely take some small gifts with you. A perfect gift would be a bouquet of flowers or a box of chocolates, but most of locals like to receive gifts, which they can’t get in their country. If the gift was packed, it has to be unpacked immediately, as guests will certainly want to see what is hidden behind the mysterious wrapping. It’s also worth considering that according to local rules of etiquette it is inappropriate to give a gift back … Read more

Eindhoven
Despite of the fact that such events are held in many European cities, the local festival of light differs with unique charm. The city constructs a huge amount of original light installations; after dark they look just fascinating. The main part of them is located in the central square of the city, which becomes pedestrian at the time of the festival. After sunset, local attractions and houses are transformed beyond recognition because of the smart lighting. Lighting installations are varied … Read more

Groningen
Flower Festival is most beautiful and famous event held in the city. The festival is organized annually in many cities across the country. For several days the city is transformed into a huge fragrant garden. One can see flowers literally everywhere. Houses, cars and even fences are decorated with exquisite garlands of flowers. Beautiful flowers can be seen in every home. The parade of flowers is considered the main event of the festival. Many travelers intentionally arrive in Groningen from … Read more

Delft
You will often see quite a poor selection of dishes and very small amount of alcohol on the table during celebrations. Sumptuous feasts and plenty of snacks on table are simply not accepted here. Townspeople are quite sociable and responsive. They look at travelers not like at tourists, but their own guests. If you have troubles, you can always ask locals for help. They will help you to get to the sights of the city and will gladly answer all your questions. Saturday is considered a market … Read more