Sightseeing in Almere-Stad - what to see. Complete travel guide 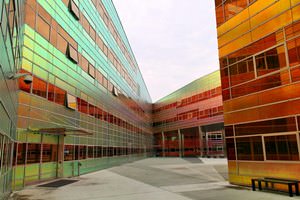 This modern Dutch city is located not far away from Amsterdam. There are four main regions in Almere – Almere Stad and Almere Haven, which were built yet in the 90s; Almere Buiten Zuid that was built 10 years later, and Almere Buiten Nord, which is currently under construction.
Excursion over cultural sights of Almere-Stad - 'must visit' points of interest
Almere is a young and beautiful city, which was founded on the lands literally reclaimed from the sea. A hundred years ago, the shallow Zuiderzee Bay that covered its area was drained due to …

Open
The city is full of new buildings and a huge part of them is dedicated to hotels and tourist complexes. The biggest and one of the most comfortable hotels of this city is Apollo Almere City Centre Hotel, which is located in the center. Here tourists will find apartments that fit absolutely any taste. Another advantage of this hotel is its short distance to main restaurants and entertainment centers of Almere. The hotel also has several cafés and shops on its territory. Apollo Almere City Centre Hotel is a perfect choice for travellers, who wish to dive into urban life and do not want to miss any important event. Bastion Hotel is also located in one of noisy regions of the city, so you will reach numerous cinemas and entertainment centers by simply walking to them. Hotel Finn is a traditional accommodation for businessmen, but the hotel will be interesting for leisure travellers as well. It is situated right next to trading streets of Almere, so you will find many shops, restaurants, and other cultural facilities nearby, and you will definitely have what to choose from.
Anno Hotel is one of most silent hotels, but this doesn’t make it less popular. The hotel is located in the zone, where the majority of streets are intended for pedestrians only, so there’s not much transport there. There are several cozy cafés and restaurants near the hotel, but reaching the city center from Anno Hotel is not a problem. This city offers wide selection of entertaining and cultural programs for visitors – exhibitions, concerts, cinemas, night clubs, and more. Copyright www.orangesmile.com
Your active city break in Almere-Stad. Attractions, recreation and entertainment - best places to spend your day and night here
In Almere, every tourist will have awesome opportunities for fun after sunset. Jiggerz nightclub invites everyone who loves dancing until sunrise. Here you will enjoy delicious cocktails and …

Open
Since Almere is one of the youngest cities in the Netherlands, there is not a huge number of historical sites. However, there are attractive tourist sites to visit which are presented here in decent variety. One of the most visited cultural centres of the city is the Muse de Pavilons, it presents an interesting collection of modern art. The museum often hosts exhibitions of famous European artists and photographers, as well as other special events. 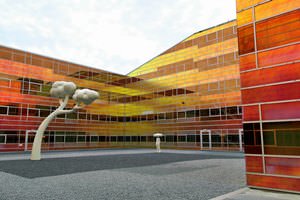 This modern city also attracts those who like to relax places of natural beauty - there is an incredibly beautiful National Park Oostvaardersplassen in the surrounding area. It is perfectly equipped for leisure, and here, near the lake several complexes of ecological houses were built, in which anyone is welcome to spend a few days. There are a lot of interesting places to walk around, and a lot of various rare plants, and uncommon species of animals and birds are present there. This is also one of the few parks in Europe where you can observe wild horses.
Top hotels in Almere-Stad for business trip or short vacation
Miniature Almere Stad won’t disappoint connoisseurs of comfort, as a choice of hotels in the city is excellent. Van Der Valk Almere hotel is aimed at a wide range of visitors and is …

Open
One of the most unusual attractions is Kempfaan urban park. It was founded by the locals as a "shelter" for the homeless animals, and today it looks more like a small zoo. The park is equipped with special cages for monkeys, goats and even guinea pigs. Visitors are allowed to feed, and even hold in their own hands many inhabitants of the park. Recently, a children's museum was opened within the park itself, where young visitors are offered to try themselves as representatives of different professions. 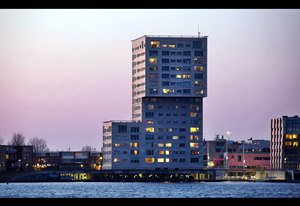 A zoological complex "Kemphaan Almere Junglie" is yet another attraction that is recommended to be seen by the whole family. In this large-scale centre is a large artificial pond in which today turtles and fish live. In this zoological centre you can also see some cute hamsters and guinea pigs, as well as some exotic birds. If the local city's sights and cultural objects aren’t quite enough, you can always go to explore its beautiful surroundings.

This guide to iconic landmarks and sights of Almere-Stad is protected by the copyright law. You can re-publish this content with mandatory attribution: direct and active hyperlink to www.orangesmile.com.
Almere-Stad - guide chapters 1 2 3 4 5 6 7 8

Sights around Almere-Stad from our guide 'Extreme places on Earth' 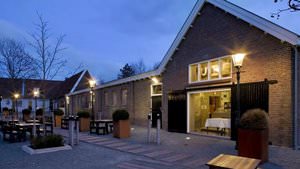 Distance from Almere-Stad center - 19.5 km.
Lute Suites provides additional services for business travelers. A large conference room with an unusual design is available to them. The large glazed pavilion is an interesting feature of the hotel. Special events and banquets are often held in it. The loft hotel is located in an incredibly beautiful natural area. Its guests have the opportunity to enjoy exciting hiking and cycling trips every day. … Read further 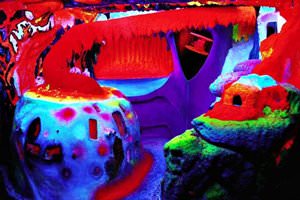 Distance from Almere-Stad center - 18.5 km.
In recent years, the museum's collection replenished with a variety of unusual sculptures. The layout of the Earth and a huge statue of Shiva are among the most impressive ones. Visit to the amazing museum in Amsterdam promises to be not only memorable, but also very informative event. Guests will learn about using fluorescence in contemporary art, industry and even marketing. They will understand how the thinnest ray of light is able to turn even an ordinary gray stone into a priceless piece of art. … Read further 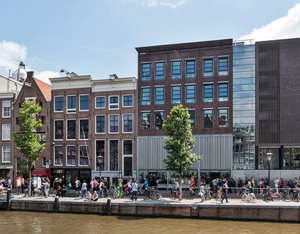 Distance from Almere-Stad center - 18.2 km.
A kind of shelter was set up in the backrooms of an old building when the war began. The entrance to the shelter was disguised as a closet. The Jewish family managed to hide here for two years. The building was searched in 1944. All the family members were arrested and sent to concentration camps. The Frank family became famous in 1947. A few lines from Anna's diary were published in one of the newspapers at that time. This treasured diary is the main exhibit of the museum today. Viewing a documentary film dedicated to the girl's biography is a mandatory part of the excursion. More than a million people a year visit the Anne Frank Museum in Amsterdam in recent years. … Read further

Search touristic sites on the map of Almere-Stad

Sightseeing in regions nearby Almere-Stad

Hilversum
The town named Hilversum is located in the heathery Het Gooi hills on the east of North Holland. This is one of the twelve provinces of the Netherlands. This town is also a radio and a television broadcasting center. Here is headquartered International Netherlands Radio. The town is situated on the railway line that connects Amsterdam with Schiphol Airport and further, with ... Open »
Amsterdam
The Royal Palace. The Royal Palace and Dam Square, which is adjacent to it, are situated right in the centre of the city. They have the full right to be called the heart of Amsterdam. The internationally famous Madame Tussaud's Wax Museum is located nearby. Once The Royal Palace used to be a city hall, and it was not until Napoleon helped his brother Louie to occupy the ... Open »
Amersfoort
A wonderful ancient city, Amersfoort is full of medieval era sights that are still in great condition. Its territory attracted first citizens yet in the 10th century, but it was only the 13th century when this place got the status of a city and the name Amersfoort. Today only ruins of the ancient fortress wall remind of the old city. The length of this wall estimated 1.5 km ... Open »
Utrecht
This city is located in the central part of the country. This is a major university center and a popular resort of the Netherlands. First mentions of the city belong to the first century. At that time a large fortress was built by the Romans on the place of the modern city. For many years Utrecht has been an important point of defense. In the end of the 7th century it became a ... Open »
Haarlem
Haarlem is famous primarily by its flower growing (especially worldwide famous tulips). As the city is located in the center of the industrial region of Holland, besides flower growing here are well-developed machine building and textile, perfume, and chemical industries. Haarlem is called “the city of flowers”. This is also one of the oldest cities of the Netherlands. ... Open »
Alkmaar
The most “cheese” city of Holland, Alkmaar is not just a huge center of cheese making, but also the most important trading center. Travelers are traditionally attracted by this city because of its trade fairs that take place in Alkmaar from April till the end of October, numerous historical sights and wide choice of excursions. Waag-plein is considered the center of the ... Open »

All about Almere-Stad, Netherlands - sightseeings, attractions, touristic spots, architecture, history, culture and cuisine. Prepare your trip together with OrangeSmile.com - find out the 'must see' things in Almere-Stad, which places to visit, which excursions to take, where the breathtaking views are waiting for you. Planning your trip with this travel guide will help your to get the most out of Almere-Stad in few days.