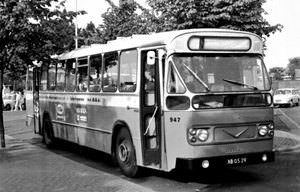 Dutch cuisine is famous for its authenticity and traditions; it’s much about fish. Throughout the world, it’s associated primarily with cheese and licorice sweets, but the national cuisine is more than these generally accepted concepts. Local treats, at the first glance, are easy to cook. Still, they have the high calorie content, which tourists should be prepared for. Surprisingly, the basis of the Netherlands’ cuisine was born at a time when girls were taught to cook delicious, saturating, and cheapest dishes. Locals love simple and fast dishes, considering other to be a waste of time. That is why cabbage with smoked sausages, pea soup or pickled herring are still popular there.
State construction and political life of Netherlands
The Netherlands is a united kingdom. The greater part of the territory is in Europe; the country also includes the Antilles and the island of Aruba in …
Read further
To cook the famous herring, only the fish caught from May to July is used. The Dutch eat it whole, starting with the tail and without cutting into pieces. In the Netherlands, much attention is paid to sausages. It is mandatory to try smoked sausages that are served with vegetable dishes. Another authentic dish that you can try only in the Netherlands, is stumppot. It is a kind of puree of different vegetables - potatoes, broccoli, onions, spinach, etc. The treat was invented back in the 16th century. This dish is an example of Dutch cuisine, simple and high-calorie.
The special attention should be paid to the Dutch cheeses, which are famous all over the world for their high quality and unique taste. Annually, the Dutch eats about 20 kg of cheese on average. The most famous varieties include Gouda, Edamer, Maasdam, Leiden, Grakaas, Roomano, and others. Gouda has being the most popular cheese in the Netherlands since the 19th century. This sort has a fairly firm, even dry, consistency and the recognizable odor. Another famous cheese is Maasdam, known for large holes and saturated sweetish-nutty taste. Fans of spicy flavors like Leyden cheese that is made with cumin and cloves. Roomano is one of the rarest and most expensive cheeses; it ripens more than 4 years. Copyright www.orangesmile.com
The soul of Netherlands - religions and languages
Most of the modern population of the Netherlands has Celtic or Germanic roots. In the Netherlands, two languages ​​are officially recognized. …
Read further
Hollanders are very fond of sweets. One of the most popular products here are monpazier candies, which are small colorful lollipops. They are cooked mainly of two ingredients - sweet and salted liquorice. Monpazier souvenirs can be found in almost every store. Another popular treat is sling-waffles. These are traditional round waffles with soft caramel filling. Another dessert, which absorbed all the features of the Dutch cuisine, is poffertjes. These are kind of donuts made of buckwheat flour and yeast. They feature high calorific value and are usually sold in winter on cold days. They are eaten with whipped cream, syrup or strawberries. You should definitely try the Limburg pie with the fruit filling. This is one of the most ancient and authentic dishes of the country. 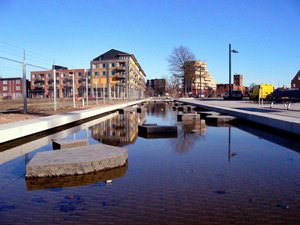 For the Dutch, alcoholic drinks are a way to relax after a hard day's work, celebrate royal holidays or just spend time with friends. In the Netherlands, beer, especially varieties of lager, is very popular. Amstel and Heineken are among the most favorite brands. Historically, beer was drunk by everyone - both children and adults, because, unlike water, there were no infections and bacteria in it. Jeanneau genie is notable among spirits. It’s made of barley and juniper berries. It is drunk with beer or added to coffee.
Netherlands economy - strengths, wealth and problems
The Netherlands has a very favorable starting economic position, thanks to its location in the center of Western Europe. At the moment, the level of …
Read further
The Netherlands are famous for their stinginess, which is evident in gastronomic preferences. It is not customary to serve the sumptuous dinners, and the food left after the feast is usually thrown away. Coffee and tea are very popular here. The traditional time for tea is from 10 to 11 am and from 7 to 8 pm. Milk is also popular here, although the Dutch call coffee with milk the wrong one. Milk with anise or chocolate is often served with sandwiches with confectionery. That’s another unique, but very tasty find of the Dutch.

Cuisine and restaurants in popular cities of Netherlands

Amsterdam
Manzano restaurant is located in one of historical buildings of the city. Here you will find home-made cheese of highest quality and widest choice of meat dishes. The restaurant also offers a large choice of fine wine. Ocho restaurant will become the favorite place of rest for lovers of exotic cuisine and grilled food. Roasted chicken with vegetables, pork in honey sauce, salads and exotic drinks - it's just a small part of dishes available in Ocho. Is Italian cuisine your choice? Then you … Read more

Maastricht
Witloof restaurant is a great place to order dishes from the Belgian cuisine. Mussels in pot and beef cooked in accordance with a special recipe are the most popular dishes among travellers. For desserts guests usually choose the restaurant’s own Belgian chocolate. There are restaurants in the city that serve Latin American cuisine. Probably, Casa Bassin is the most famous of them. Its design is made in full accordance with national traditions. On evenings here is always played Latin music. … Read more

Rotterdam
Safir, the restaurant devoted to Moroccan cuisine, is located in one of the historical buildings of the city. This place will conquer visitors by delicious oriental dishes. Guests will be also amazed by beautifully decorated halls of this place. Among the specialties of the institution are roasted lamb with vegetable salad, mashed eggplants and Taktouka peppers. The restaurant Odyssee serves Greek cuisine and is notable for richest choice of wine. You should definitely not forget to order lamb … Read more

The Hague
Herring occupies a special place among other national dishes. In order to prepare one of the most popular dishes you need to take herring filet, fry it in lard, adding sliced onion rings, potatoes and beans. The finished dish is decorated with fresh greens – herring cooked according to this recipe is the main decoration of the holiday table. Canape with various fillings is another popular national dish. Canape can be served with delicious Dutch cheese, ham or butter. Local cheese deserves a … Read more

Utrecht
In the historic center of the city there is the popular restaurant Huize Molenaar. In addition to the luxurious menu, the restaurant offers a wide range of additional services. The restaurant staff will help visitors to organize a business dinner or a party. The Filemon & Baucis specializes in cooking international cuisine. In evenings, live music is often performed here. The restaurant has an excellent dance floor, so it’s ideal for the evening party time. In the beautiful park there is … Read more

Eindhoven
Numerous kiosks found on virtually every busy street of the city deserve attention. The Asian Snack's stall offers a decent selection of sandwiches cooked following Asian recipes. Those who wish to enjoy a gourmet meal in the more attractive ambience are recommended to visit the Cafetaria Cairo restaurant of Middle Eastern cuisine. Kebab is its brand treat; guests will be offered a cup of coffee to complement their meals. One of the most unusual dining places is the Gauchos restaurant that … Read more

Groningen
Groningen Catering specializes in cooking Indonesian food. Here visitors of the restaurant will be offered to try most incredible delicacies and popular national dishes. The hall of the restaurant is designed in full accordance with traditions of the distant country and this fact makes rest here even more enjoyable. Tourists can relax after numerous excursions and enjoy their favorite dishes in cafe Eetcafe 73-2. Its menu offers the most popular international dishes. Here guests will be always … Read more

Delft
Among other seafood, which is respected by local people, we should definitely underline perch and eel, the methods of preparation of which are also different. Fresh and steamed vegetables remain the main garnish to fish and meat dishes. We recommend trying "potaten" - fried potato slices that are somewhat reminiscent of familiar French fried potato. The dish called "hotpot" is among the most popular meat dishes of the region. This is a stew that is usually served with roasted cabbage. … Read more