Sightseeing in Kerkrade - what to see. Complete travel guide 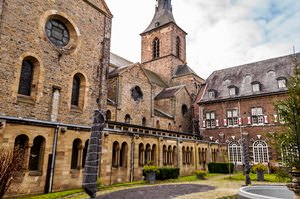 For most of its history, modern Kerkrade was part of the historic city of Herzogenrath. South Limburg was a constantly disputed territory between different duchies, and Herzogenrath passed from hand to hand repeatedly. The city was ruled for a long time by the duchy of Brabant, Spain, and later by the French. The Kingdom of the Netherlands finally determined its rights to Kerkrade in 1839.
Family holidays with kids in Kerkrade. How to entertain your child, things to show to children.
In miniature Kerkrade, there are many attractions and entertainment centers that will be fascinating to visit with children. With the kids it is worth taking a walk around the GaiaZOO. This …

Open
The Kerkrad Abbey of Rolduc is the largest and oldest abbey of the Netherlands. Its history dates back for more than 900 years. Due to its cultural significance and architectural value, the abbey is a national monument. The complex is also on the UNESCO list of monuments. Rolduc is currently used as a hotel and a conference center. The hotel accommodates 160 rooms for 300 guests. At the abbey there is a temple and a crypt Rolduc, which can be visited on any day. Also the magnificent historic monastery garden and the vineyards of Ailbertus worth a visit. Excursions in the abbey are held on Sundays.
Also, Kerkrade can offer guests a unique zoo of GaiaZOO, which is located on the vast territory of an ancient park. More than one hundred species of animals lives in GaiaZOO in large natural enclosures. Beautiful landscaped park offers visitors to virtually travel to remote countries, where exotic animals live - rhinoceroses, giraffes, gorillas, tapirs, lions and cheetahs. In addition, the nearby DinoDome offers children and adults a real adventure at the indoor museum of dinosaurs, located on an area of 2500 square meters. You can climb the nets and wobbly rope bridges, travel back in time, come face to face with giant dinosaurs, such as the mosasaurus, the brachiosaurus and the insatiable T-Rex. Copyright www.orangesmile.com
Cuisine of Kerkrade for gourmet with top restaurants and cafe
The traditional cuisine of Kerkrade is very simple and devoid of rare delicacies. The local gastronomy is based on fish and other types of seafood, meat, potatoes, dairy products, and …

Open
Worth a visit Castle Erenstein - the castle from the fourteenth century with massive walls, located on the outskirts of Anstelvallei and standing right on the water. In addition to the atmosphere of the Middle Ages, it will give you a delightful view of the Cranenweyer lake. 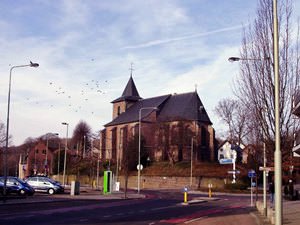 An iconic historical site is the “Rolduc Abbey”, which was founded in the early 12th century. The monastery remained active until the 18th century; by that time it had a vast adjoining territory. The abbey owned several nearby coal mines, on which 350 employees worked. Despite numerous changes in the fate of the abbey, a unique 12th-century church, which is a vivid example of Masonic architecture, has survived on its territory. Currently, the historical building houses the catholic seminary, the building of the theological institute, as well as a conference hall.
Authentic traditions, festivals and lifestyle of Kerkrade inhabitants
Locals are known for their love for their hometown and historical traditions; they are very hardworking, caring about cleanliness and environment. Just take a walk along the city streets to …

Open
In Kerkrade, is a very interesting museum “Discovery Center Continium”, which will be interesting for a whole family visit. Its exposition is devoted to the development of science and industry. The basis of its collection is a variety of mechanical devices that were used in different periods in different regions. Many exhibits can be touched and even seen in action, which is why the museum is especially liked by children. 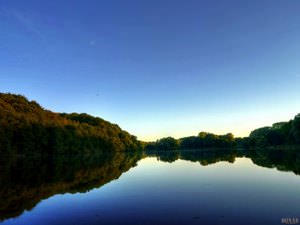 At a short distance from the city center on Sint Hubertuslaan Street, there is a beautiful botanical garden, which was founded in 1938. Currently it occupies an area of ​​about one and a half hectares. In this garden are represented plants of almost 200 different families. The exotic plants that were brought from distant Madagascar are especially valuable. A special greenhouse was planted in the garden for them.
Excursion over cultural sights of Kerkrade - 'must visit' points of interest
The main historical symbol of Kerkrade is the wonderful Oud-Ehrenstein Castle. It was built in the 13th century on the banks of the Amstel River as a watchtower to protect an important trade …

Open
A popular place for walks among tourists and residents of the city is the Market Square. It has a very symbolic monument - miners. Near the square, you can see many beautiful old buildings, in which now there are popular shops and restaurants. In the warm season, interesting entertaining events and fairs are often held on the Market Square. 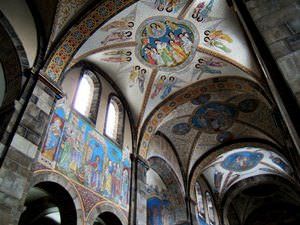 In the city, there is a very beautiful concert hall “Rodahal”, which was built in 1993 specifically for the opening of the next music festival. Nowadays, interesting cultural events are regularly held in this concert hall.
Your active city break in Kerkrade. Attractions, recreation and entertainment - best places to spend your day and night here
One of the favorite recreation spots among visitors to Kerkrade is GaiaZOO located in the picturesque surroundings of the city. This is one of the most beautiful zoos in the Netherlands, …

Open
If the attractions in the city are not enough, you can go on an exciting journey by train to “Valkenburg Railway Station”. The tourist train departs from the railway station every day.

This guide to iconic landmarks and sights of Kerkrade is protected by the copyright law. You can re-publish this content with mandatory attribution: direct and active hyperlink to www.orangesmile.com.
Kerkrade - guide chapters 1 2 3 4 5 6 7

Survived castles around Kerkrade
♥   Castle 'Landsfort Heerlen' , 6.5 km from the center. On the map

National and city parks around Kerkrade
♥   National Park 'De Meinweg' , 32.2 km from the center. On the map

Sights around Kerkrade from our guide 'Extreme places on Earth'

Distance from Kerkrade center - 63.1 km.
During the reconstruction of the basement there were found ruins of the ancient Roman buildings. Today all rebuilt elements of the historical buildings are open for everyone. Another peculiarity of the Kolner Rathaus is the musical instrument that makes wonderful melodies with the toll. It has appeared in the town hall in 1958. This construction has 45 bronze bells. A lot of people come to listen to the sound of them.  … Read further

Distance from Kerkrade center - 63 km.
The well-known architect Gerhard has worked at the Domprojekt. As the legend tells, the devil helped him. This was the only way to explain the construction of such a grand architectural project. Every day, more than 20,000 people visit the Cologne Cathedral, which is to be graced by its magnificent interiors and the golden sarcophagus with its main sanctuary. The latter is a real masterpiece of jeweler art. For the decoration of the sarcophagus thousands of precious stones were used. In the cathedral there are also other sanctuaries - the Gerokreuz and the Milan Madonna, a unique statue from the 13th century. All those who are interested can climb up the Domgipfel and enjoy the panorama of Cologne, for which only 509 steps have to be overcome. … Read further

Distance from Kerkrade center - 62.9 km.
A beautiful sculpture of the Milan Madonna is located in the cathedral. It is also considered an outstanding sculptural creation in the Gothic style. Many beautiful legends are associated with Cologne Cathedral. According to one of them, the devil helped the architect Gerhard make drawings of the unique facade. The architect's wife managed to outwit the devil and save her husband's soul from a terrible fate. Another legend says that the devil was so angry at the deception that he predicted the end of the world on the day when the cathedral will be completed. Perhaps this is why one of the most beautiful Gothic cathedrals in the world was never completed. … Read further

Search touristic sites on the map of Kerkrade

Sightseeing in regions nearby Kerkrade

Aachen
This city was founded by the Romans who were attracted by rich deposits of minerals. For a long time it was just another industrial center, but during the times of Charles the Great the town became very popular and famous. King Charles gave Aachen many privileges and even made the city a residence of Frankish kings. Aachen is very attractive for tourists due to wide selection ... Open »
Maastricht
Maastricht has no shortage of epithets - the oldest city of the Netherlands, the city of monuments (Maastricht is the second city after Amsterdam in terms of the number of monuments), the city of the first bishop, the oldest industrial city, a city of shopping, a student city and the most comfortable city of the Netherlands. Life is very fast in Maastricht. New shopping ... Open »
Roermond
The Dutch city of Roermond is situated close to the border with Germany. The population of this settlement is only sixty thousand people. Even though Roermond is a center of a municipality, it has a countryside atmosphere. It is incredibly pleasant to take a stroll here, looking at the display windows of numerous shops with all kinds of goods. Many tourists visit Roermond with ... Open »
Liege
Liege is an amazing Belgian city, which is known as the largest city in the Walloon Region. Liege is also the third largest municipality of Belgium, with only Brussels and Antwerp ahead. This city is situated in the area of merging of two rivers - Orth and Maas, but, of course, not this fact attracts tourists, but an unusually long history comparing to other cities of Belgium. ... Open »
Spa
Spa is a charming town with vivid history. It is located in Belgium, province of Liege. This small place is well known to Formula 1 racing fans, while nearby there is a famous Spa-Francorchamps route. Spa is famous for healing mineral springs – due to them the town gained a status of a famous health resort. Healing springs were discovered during the reign of the Roman Empire. ... Open »
Monchengladbach
In the vicinity of the city, you can see the historic building of Hohenbusch - a former monastery founded in the 14th century. The monastery remained functioning until 1802, and later local authorities used the building for agricultural purposes. Only one two-story building left over from the large-scale building. Today it is a venue for theater festivals, exhibitions, and ... Open »

All about Kerkrade, Netherlands - sightseeings, attractions, touristic spots, architecture, history, culture and cuisine. Prepare your trip together with OrangeSmile.com - find out the 'must see' things in Kerkrade, which places to visit, which excursions to take, where the breathtaking views are waiting for you. Planning your trip with this travel guide will help your to get the most out of Kerkrade in few days.