Preparing your trip to Motherwell: advices & hints - things to do and to obey 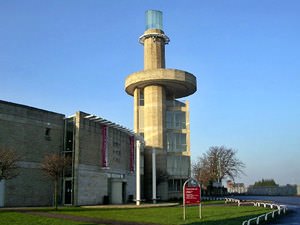 1. Active tourists are better to visit Motherwell in summer. At this time of the year, more sightseeing tours are available. In the city and its surroundings, all sports centres are open.
2. In the immediate surroundings of the city, there are several unique hotels opened in old castles. Such hotels are distinguished by affordable prices. There are rooms even for thrifty tourists.
3. Those who want to save on restaurants should pay attention to city bars and pubs. Besides a wide range of drinks, they offer a rich menu.
4. In Motherwell, there are a lot of groceries and an excellent food market. Independent tourists can buy here high-quality farm products of the local production.
5. Fans of unusual gifts should pay attention to antique shops. Here, they can buy unique antique items at affordable prices. Copyright www.orangesmile.com
6. Adherents of food tourism should book tours in advance. This way, you can count on a richer menu. If you book a tour in advance, its prices may be lower.
7. Even budget hostels and guesthouses are distinguished by a high comfort level. In the rooms of many hotels, there are sets for making tea and coffee. Such service is typical even for zero-star hotels.
Excursion over cultural sights of Motherwell - 'must visit' points of interest
The main historic symbol of Motherwell is the old Motherwell Cathedral. It is a bishop’s residence that annually attracts thousands of pilgrims from different countries. The cathedral …

Open
8. Nature admirers should take not only comfortable shoes, but also closed clothes. In a warm season, there are always a lot of insects in the woods and the coastal area.
9. It is more advantageous to travel by bus within the city and its surroundings. Bus services are quite affordable here. Taxi services in Motherwell are high.
10. Those tourists who are going not only to admire city attractions, but also observe the surroundings should buy the Explorer Pass. With it, you can get a discount when visiting many historic monuments. This card is sold in tourist centres and some big hotels.
11. In the city, strict control over maintaining order is established. If you leave garbage in the wrong place, you will pay a hefty fine.
12. Nature admirers should consider that there are special picnic areas in all parks. Fishing is allowed in a particular area too so you should revise the current rules in advance.
13. In summer, several comfortable camping sites are equipped in the surroundings of the city. It is advantageous for fans of hiking and outdoor recreation to use their services.
14. Those who are going to visit the famous M&D's Amusement Park should buy tickets in advance. In summer, there are long queues to many attractions so the early purchase of tickets will reduce your waiting time.
15. You can buy detailed maps of the city and its surroundings, as well as booklets with the descriptions of attractions, in the Motherwell Heritage Centre. Here, you can also buy souvenirs.

Preparing your trip to Motherwell: advices & hints - things to do and to obey You can re-publish this content with mandatory attribution: direct and active hyperlink to www.orangesmile.com.
Motherwell - guide chapters 1 2 3 4 5 6 7

What to visit being in Motherwell - unique sights 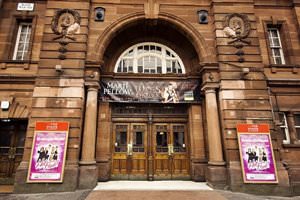 Distance from Motherwell center - 19.2 km.
Also, fans of comedies will like this theatre. The crush-room is a place where are held a number of cultural events. Some of them are free and open for everyone. There you can become a witness of a chamber orchestra concert or a famous jazz exponent. The best time for visiting the theatre is during the Mayfest festival, which is held there since 1983. The theatre has a number of important festival events, most of which are open for everyone. … Read further 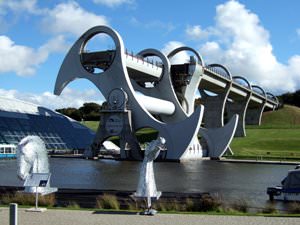 Distance from Motherwell center - 26.1 km.
Falkirk Wheel looks very impressive. During operation, quiet and slow movements of the rotating 'elevator' look simply magical. The ship lift was opened in 2002. The Queen Elisabeth II participated in the solemn opening ceremony. Just a year later the unusual building was awarded with a number of prizes. The lift design was declared one of the best design projects in 2002. The full workflow of the elevator takes about 4 minutes. On the coasts of the canals grow the beautiful meadows, which in the summer are covered with the lush green grass and are the favorite tourist destination of tourists. … Read further 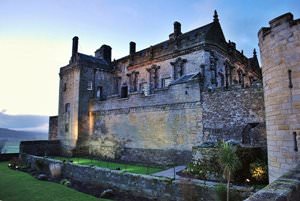 Distance from Motherwell center - 38 km.
Stirling Castle has a famous ghost – the Green lady. It is said that it is a ghost of the servants who once saved Mary Stuart from the fire. The woman died from the burns, and on that day, she was wearing a green dress. The castellans say that when green lady appears, something bad happens in the castle. Several fires have already happened after somebody saw the ghost. … Read further

Tips for the cities around Motherwell

Glasgow
4. In order to rent a car you will need a driving license of the international standard, a passport and a credit card with the required amount of collateral in the account. The amount of collateral depends on the brand of a car rented. You can reduce your daily fee by renting a car for a longer period of time. 5. Motorists and pedestrians should not forget that any ... Open »
Kilmarnock
4. Foreign guests who are planning to use their electronic gadgets actively should have an adapter for British type sockets. Their price in the city will be much higher than at home. 5. Kilmarnock has a well-developed public transport system. One can take a bus not only to travel freely throughout the city but also to get to the surrounding areas of interest. 6. Many ... Open »
Edinburgh
4. Smoking is forbidden in many public places, so you need to pay attention to special characters and signs. There are many special areas for smoking in the city, so you may find no inconvenience with this aspect in Edinburgh. 5. When you plan to make a visit to the locals, you should definitely buy gifts for hosts. A bottle of good wine will be a proper gift for a man, ... Open »
Isle Of Man
4. In addition to the main highways, towns of the island are connected with railways. Trains don’t go during the whole year, some of them are only available in warmer months. 5. The island has its special currency - Manx pound, which is equal to the British pound. You can pay in both British and Manx pound in local shops, restaurants and hotels, but it is worth considering ... Open »
Inverness
4. Summer is considered the most favorable time for rest. This time of year is distinguished by the most favorable weather. Daily temperature is 25-30 degrees by Celsius. However, it can be quite cool in the evening, so do not forget to bring some warm clothes even in summer. 5. Victorian Market is definitely the best place to shop for souvenirs and gifts. You will find ... Open »
Aberdeen
4. Large shopping complexes are simply the best place for shopping. They feature not only largest selection of products, but also more beneficial prices comparing to small boutiques. «Bon Accord Centre», «The Academy», «St. Nicholas Centre», «Union Square » and «Trinity Centre» are considered the largest shopping centers of the city. On weekdays large shopping ... Open »

Travelling to Motherwell - advices and tips. What should be provisioned in advance, the rules you might want to follow, and the things you better avoid doing in Motherwell. We help you to make your trip smooth and easy, with no unexpected surprises.