Preparing your trip to Isle Of Man: advices & hints - things to do and to obey 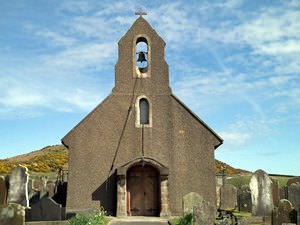 1. The island has ferry to Liverpool; it is worth noting that the ferry runs between the island and the city all around a clock. In summer, you can also take the ferry to Belfast and Dublin; it is allowed to carry vehicles on the ferry.
2. The Isle of Man has a very mild climate; the coldest month is February, but at this time the temperature rarely drops below +5°C. The warmest weather is in July and August, when the daily temperature is about +18°C.
3. Mann can boast a well-developed road network, the quality of which will please even the most discerning drivers. It’s also worth considering that, according to local regulations, drivers don’t have to comply with speed limits.
4. In addition to the main highways, towns of the island are connected with railways. Trains don’t go during the whole year, some of them are only available in warmer months.
5. The island has its special currency - Manx pound, which is equal to the British pound. You can pay in both British and Manx pound in local shops, restaurants and hotels, but it is worth considering that the local currency won’t be accepted outside of the island. You can exchange Manx pound exchange for British pound in absolutely any bank; no commission for such conversion will be charged. Copyright www.orangesmile.com
6. Most travelers visit the island in spring and summer, when the race is held. Those who decide to go for a trip at this time of year are recommended to book a hotel room in advance. Fans of relaxing leisure would be enchanted by the island in early autumn, when there are very few of tourists.
7. Public transport on the island is represented with an extensive network of buses that cruise around towns from early morning to late in the evening. Vacationers also have an opportunity to rent a car; the most popular car rentals are situated in the airport.
Cuisine of Isle Of Man for gourmet with top restaurants and cafe
Traditional cuisine of Isle of Man is simple, affordable and very attractive. There are no exotic delicacies in it; highly culinary masterpieces can be found only in upscale restaurants. The …

Open
8. Shopping fans have to consider that shops close no later than 7:00 pm even in big cities. Short duration of the working day is typical for many restaurants; they can be closed at 4:00 pm already. Late visitors are welcome only in several pubs and bars, which are usually situated in the center of large towns.

Preparing your trip to Isle Of Man: advices & hints - things to do and to obey You can re-publish this content with mandatory attribution: direct and active hyperlink to www.orangesmile.com.
Isle Of Man - guide chapters 1 2 3 4 5 6

What to visit being in Isle Of Man - unique sights 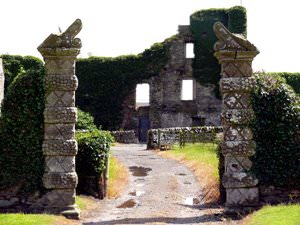 Distance from Isle Of Man center - 69.1 km.
A true world leader in terms of mystical castles and palaces is the United Kingdom, as beautiful and mysterious legends are associated with literally every historic site of the country. Some legends don’t have confirmation, but the history of Baldoon Castle clearly isn’t one of them. There are many locals who have seen the ghost of a young girl living there. According to one legend, that’s a ghost of Janet, the successor of the famous nobleman, James Dalrymple. … Read further

Photos of Isle Of Man

Tips for the cities around Isle Of Man

Blackpool
3. The best way to make phone calls to other countries is to use special telephone tubes, which are located close to all shopping centers and government agencies. Special phone centers also offer advantageous tariffs for international calls. 4. Car rental is allowed to people over 21 years only. In order to rent a car, you will need a driving license of international ... Open »
Dublin
3. Fans of shopping should definitely not forget to visit Kildare Village Market. The name of the market can be literally translated as "Village of sales". This is the place where visitors can buy you can buy clothing by top brands with huge discounts, as well as other high quality goods on very affordable rates. 4. Many museums offer free entrance, so travelers do not ... Open »
Kilmarnock
3. All banks and currency exchange offices in town close quite early. It's best to visit them no later than 2:00 pm. 4. Foreign guests who are planning to use their electronic gadgets actively should have an adapter for British type sockets. Their price in the city will be much higher than at home. 5. Kilmarnock has a well-developed public transport system. One can ... Open »
Bolton
3. Cultural venues, museums, and exhibitions are usually open from 10 am to 6 pm. Working hours can be shorter on Sunday. It is better to visit museums in a company as there are often group discounts. Almost all museums and theaters offer special discounts for children. 4. Local people are very friendly and communicative, so don’t hesitate to ask them for help. 5. ... Open »
Chester
3. Travelers visiting Chester for the first time should definitely look into one of the tourist centers. There you can take free leaflets describing local attractions, clarify the schedule of cultural and entertainment centers and purchase souvenirs. 4. Travelers who have a sufficient amount of time should definitely go on a trip to London or Liverpool. Buses for various ... Open »
Manchester
3. Cafes and restaurants feature rather high prices as well. Thus in a budgetary eating house a meal will cost up to 10 pounds. Prudent tourists are advised to buy meals in local super markets or pay attention to small open air cafes most of which offer to-go foods. It should be noted that the quality of the foods in such cafés is excellent meanwhile the pricing is ... Open »

Travelling to Isle Of Man - advices and tips. What should be provisioned in advance, the rules you might want to follow, and the things you better avoid doing in Isle Of Man. We help you to make your trip smooth and easy, with no unexpected surprises.