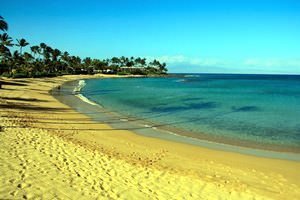 Local people are rather cheerful and friendly. They eagerly contact with tourists and let them into the peculiarities of the ethnic culture. Visiting small shops and markets one should not admire the curiosity of local folks as they may ask about the life occupation of the visitor or his or her name. Such behavior should not be taken as idle curiosity but as attraction and respect to new acquaintances.
Your active city break in Maui. Attractions, recreation and entertainment - best places to spend your day and night here
The island of Maui is a perfect place for beach recreation fans as well as for those admiring scenic areas for hiking and serenity of the wild nature. The coast area is entirely occupied …

Open
The “aloha” word is of immense importance in national language. It is used for greeting and saying good-bye, for inviting to the place or wishing good luck. Curious travelers will notice that most rear windows of the local vehicles keep the sign of “the state of Aloha” that means the greeting and welcoming of the city guests. Many tourists are attracted with warm-heartedness of local folks towards city visitors as each traveler arriving at the city feels the amiable welcoming atmosphere and feels a welcome guest as well.
Other travelers are attracted with numerous holidays sand festivals being unique in their kind in the whole world. One of such events is the Maui Whale Festival which is commonly held from the end of November till the middle of May. During this period of the year whales come extremely close to the islands. This enables the festival participants to watch and witness real breath taking scenes. The duration of the festival is rather large and is synchronous with the heat of the tourist season. During several months Maui witnesses numerous original exciting events. Copyright www.orangesmile.com
Advices to travellers: what you should know while being in Maui
1. The season of rains featuring the highest levels of precipitations is considered to be from the beginning of October till the beginning of April. The rest of the year the island features …

Open
The climax of the festival is considered to be the Whale Day which traditionally falls at the middle of February. The main festive performances and events are held on the territory of the Kalama park. It hosts a grand Whale parade. Open air cafes and restaurants are open till the late night there. An essential part of the festival is a folk crafts fair. All the costs earned during the fair by numerous craftsmen, cooks and artists will be devoted to the Foundation of Pacific Ocean whales’ defense. All the city guests and residents can take part in numerous exciting marathons and actions. Entertaining and informative performances are held for the youngest visitors as well. Despite the fact the festival is a rather young tradition as it was first held only a few years ago it has quickly gained the popularity and has turned into a global significance event. 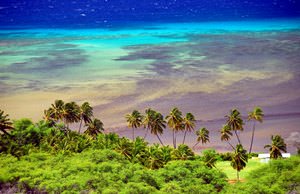 Kaanapali is located in the North-West of the island. An event dedicated to the veneration of onions is held annually in early May here. It is worth noting that the local onion is considered the sweetest in the world. It can even be eaten as a fruit. If you attend this event, you can learn the secrets of why the local onion is so sweet. You can also participate in games and contests, and taste delicious onion dishes. You will have fun and get acquainted with the local culture. Another gastronomic festival that is popular with tourists and locals is called Kapalua Wine & Food Festival. It takes place at the beginning of the first summer month. The festival brings together world leaders in wine production in one place — Kapalua (North of Maui). Famous chefs cook their best delights for the holiday.
Best beaches and recreation areas around Maui
Beaches of Maui are excellent choice not only for taking sun baths, but also for windsurfing. Big Beach is the biggest on the island; it’s over 300 meters long. Coast is a part of …

Open
Hawaii Food & Wine Festival also deserves attention. Various locations in the city of Kaanapali are the venue for the festival. Large-scale gastronomic events include tastings of local cuisine, master classes, competitions between chefs, and contests on eating certain dishes. They continue throughout October. Fans of movies prefer to visit Maui in mid-June. The Maui Film Festival (or Cinema under the Stars) takes place on the island at this time. Grand Wailea Resort, which is located in the Wailea-Makena resort, is the venue for the fest. Both foreign and local cinematographic novelties are available during the festival. 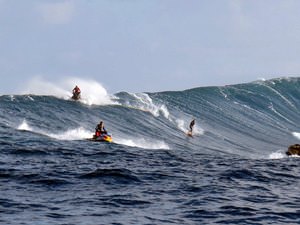 Two festivals dedicated to the guitar are popular among fans of event tourism. Hawaiian Slack Key Guitar Festival is held in late June. Hawaiian Steel Guitar Festival takes place in early April. Various concert venues in the city of Kahului, which is located in the northern part of Maui Island, are the venue for the festival. These are both open-air venues (Keopuolani Regional Park) and closed areas (Maui Arts & Cultural Center). You can listen to guitar sounds (including impromptu performances on the city's main streets) and purchase hand-made products at the fair here. You will also have the opportunity to participate in master-classes from famous guitarists. They come from all over the world here. A definite advantage of the fest is that you can visit it for free.
Top hotels in Maui for business trip or short vacation
Maui Island is in high demand among modern tourists and, thus, a selection of hotels there increases every year. Luxurios The Whaler beach resort hotel is located in Lahaina at the popular …

Open
You can get acquainted with the rich local culture at the festival called OluKai Ho'olaule'a. It has been held in late April for several years. The festival is dedicated to the ocean lifestyle and water sports. Themed tours are available at this time. Tourists can watch the colorful show with the participation of the best surfers, or try surfing, fly-boarding, scuba diving, and sup-boarding. The fest is held throughout the island in the coastal regions. Maui and especially the town of Hana are very interesting before the OluKai Ho'olaule'a celebration in mid-April. You will have one more chance to experience the local culture at the East Maui Taro Festival. It is dedicated to the taro plant as the main product of the islanders. Music, dancing, craft and farm fairs, and art exhibitions create a festive mood.

This guide to traditions and festivals in Maui is protected by the copyright law. You can re-publish this content with mandatory attribution: direct and active hyperlink to www.orangesmile.com.
Maui - guide chapters 1 2 3 4 5 6 7 8 9 10 11

City tours, excursions and tickets in Maui and surroundings 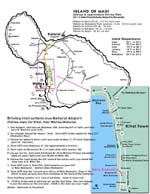 Colors of Maui in photos

Traditions and festivals in cities around Maui

Lanai
While packing your luggage remember that it is prohibited to bring food, animals, and especially snakes to Hawaii. You can even get a prison sentence of 5 years if you’ve decided to bring a snake here. There is almost no change of seasons on the island. There are only three winter months on Lanai which differ with the rain intensity. There is no cold weather and no ... Open »
Molokai
It was found out that regular dancing has a positive effect on the physical and mental health of people, so hula can be considered as the main secret of the islanders’ good health. The indigenous people are proud of their culture and glad to share it with foreign tourists. It is a great honor for them to know that foreigners like local music, dances, and a harmonious and ... Open »
Honolulu
Another interesting festival is Okinawan Festival taking place in Kapiolani Park at the beginning of September. The fest has Japanese roots as well. During the event, you can look at costumed performances, learn one or another art of local culture at workshops, and, of course, have great fun - after all, this is what the festival is aimed at. Everyone feels happy during and ... Open »
Oahu Island
On Oahu you will find yourself surrounded by locals in bright clothes. Men really love colourful shirts, but women wear muumuu- bright and sometimes quite shapeless dresses. However, there are also quite elegant and tight-fitting muumuus. In general, wearing national clothing will help you feel at home and will increase the favour of the locals, so feel free to give up the ... Open »
Kauai Island
The famous Hawaiian «Aloha» is used not only as greeting here. The word has a huge number of meanings depending on the phrase - Hello/goodbye/make friends/love and many other pleasant feelings. In general, the language of the locals is quite interesting. They don’t have any words for geographical coordinates. The sun goes "over the mountain" or "over the sea" here. What's ... Open »

Cityguide on traditions, mentality and lifestyle of people in Maui. Learn the best periods to visit Maui to discover its soul - authentic festivals, events and celebrations. We will also reveal the interesting habits, attitude towards the world and to tourists in Maui.