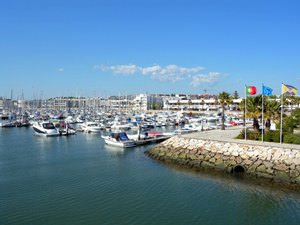 In 1755, Lagos suffered a massive earthquake struck, in which many buildings and monuments were destroyed. However, several historic sites have managed to survive, and now they are representing the cultural heritage of the modern city. At the heart of the historic district of Lagos there is an ancient fortress built in traditional local style. In the period from the 16th to the 17th century, it was the main residence of Algarve Governor. Today, the beautiful architectural monument is open to public and is very popular among travelers.
Advices to travellers: what you should know while being in Lagos
1. In many restaurants before ordering visitors are offered a variety of snacks. They may be waived; however, if the client would try the snack, then its cost will be included in the total …

Open
The Regional Museum invites visitors to get acquainted with the history of the city and see the priceless works of art. Its main advantage is a collection of old boats; one of the halls of the museum is dedicated to the pictures of 17th-18th centuries. Another bright feature of Lagos is an abundance of beautiful churches and cathedrals. One should visit the church of St. Sebastian located on one of the highest hills. It is a beautiful building with high towers and an amazing hand-made wooden altar.
During the tour, vacationers can admire the ancient religious building, as well as enjoy the panoramic view that can be seen from the hill. An important object is the church of Carmo, which is the surviving part of an old monastery. Today, the biggest part of the building is in ruins, but due to surviving fragments visitors can appreciate the beauty and grandeur of the former structure. The church of St. Mary is considered to be one of the most beautiful buildings in the city. It was completed in the first half of the 15th century. From the first building only beautiful wooden gate has survived; in the 18th century the church was completely rebuilt. A lot of interesting stories are associated with this church, for example, in 1460 the funeral of Henry the Navigator was held there. Copyright www.orangesmile.com
Extraordinary weekend in Lagos - unusual places, services and attractions for travel gourmet
…

Open
The central square remains a popular place for walking among the guests of the city; the monument to King Sebastian is its main landmark. In 1578 he went missing during a military campaign; locals remember his deeds even these days. Among the cultural attractions of the city, the Ethnographic Museum located in the ancient church of St. Anthony points out. Inside the museum there are important historical artifacts and crafts by local artisans and artists. 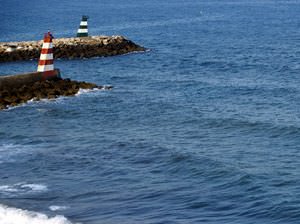 One of the most famous attractions of Lagos is Ponta Da Piedale, a bay where you can find two remarkable sites: a viewing point (Miradouro da Ponta da Piedade) and a lighthouse (Farol da Ponta da Piedade). The bay is considered one of the most picturesque places in the whole of the Algarve, and one glance from afar is enough to fully realize it. Coming closer, tourists see the views that make them freeze. Marina de Lagos is another great place to walk and admire the scenic views, especially in the evening, when the charming marina opens from the other side demonstrating fantastic views of incoming and outgoing ships and a magnificent seascape.
Shopping in Lagos - main shopping streets, outlets and boutiques
In Lagos, it will be interesting for shoppers to explore small shops and markets. The largest and most famous market in town is Mercado Municipal da Avenida de Lagos that occupies a …

Open
In Lagos you can find several beautiful monuments to great people (mostly located in the city center) acquaintance with which brings aesthetic enjoyment, so it's definitely worth paying attention to sculptural works of art. Antigo Mercado de Escravos (located on Praça Infante Dom Henrique) is a peculiar historical monument and museum - the fact is that the first slave trader market in Europe once operated here. In the trade office, you can find several interesting household items left over from those distant times, tourists will certainly feel the atmosphere. The building is not significant from an architectural point of view, which makes it easy to pass by - however, one shouldn't do this because of its historical component. 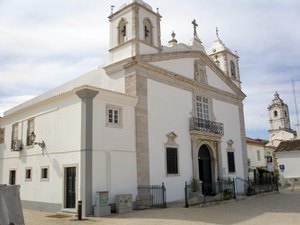 Another important historic monument is Estação Arqueológica Romana da Praia da Luz bearing witness to the Roman era in the history of Portugal. The ruins are actually the remains of ancient residential buildings. A tour of the historic site can be combined with a visit to the beach (Praia da Luz), which is often called the most important attraction in Lagos. Great impressions await those who've decided to visit Jardim da Constituicao, which is located within the walls of Castelo de Lagos. Stone paths framed by tropical flowers give the area an extraordinary charm and make you come back here again and again - tourists often visit the garden while in Lagos.
Guide to Lagos sightseeing - things to see and to visit
Lagos is a city in Portugal. This is a widely known resort on the southern coast of Algarve approximately 35 kilometers away from south-west point of Europe – Saint Vincent Cape. Initially …

Open
Centro Ciência Viva de Lago should be included on the list of the main local sights to be explored. Here you can find a lot of interactive exhibits through which you can broaden your horizons (for example, you can learn how to tie nautical knots, about sea navigation, explore submarine structure). This place is of particular interest to small tourists who adore interactive collections - the latter can help them learn a lot of new things. In Museu de Cera dos Descobrimentos, one can feel the touch of history: it presents a collection of Portuguese costumes of the 14th-16th centuries along with mannequins made of wax.

In the section below, you can get one of our excursion, activities or city discovery tours over Lagos and surroundings. Our website offers 10-30% lower ticket prices, when compared to the offline purchase on the spot.

This guide to cultural sights Lagos is protected by the copyright law. You can re-publish this content with mandatory attribution: direct and active hyperlink to www.orangesmile.com.
Lagos - guide chapters 1 2 3 4 5 6 7 8 9
Car rental on OrangeSmile.com

Photogallery of cultural heritage of Lagos

Excursions over cultural sights of neighbours of Lagos

Portimao
Lovers of ecological tourism need to include visiting of Estombar cave in their resting program. It is located in picturesque natural region and it is one of the most famous sights in Algarve. Figueira district is noted for a number of historical sights too, archaeologists who have recently worked on its territory made another fairy discover. They discovered floors of old ... Open »
Albufeira
Cathedral of St. Anne is definitely the most striking architectural landmark of the city. The cathedral was built in the beginning of the 18th century. The main religious attribute of the church’s chapel is a huge wooden altar, which is decorated with intricate carvings and paintings. According to one version, two prominent masters of that time - João Batista and Francis ... Open »
Vilamoura
The shrine of Nossa Senhora da Conceição Hermitage is another beautiful religious monument. Like other churches of the region, it does not attract much attention from the outside, but inside you can find the real treasure - especially striking is an unusual altar with gilded carvings. Gray stone finishing is also quite unusual for Portuguese churches. Wall-paintings inside ... Open »
Faro
There is a curious religious structure in the modern city. It is famous Capela dos Ossos. In the 17th century, the chapel was located on the site of a beautiful baroque church, which was partially rebuilt and extended with new facilities. The name of the chapel fully reflects its main feature, as its walls are entirely covered with human skulls and skeletons of people who were ... Open »
Algarve
The unique monument of Moorish culture is located in Silves; the beautiful castle has perfectly survived to this day. It is surrounded by high walls with huge water reservoirs. These massive fortifications were built on the site of an ancient mosque. Near the castle you can see the ruins of the old bridge built during the reign of the Roman Empire. Lagos also has a scenic ... Open »
Isla Canela
Monumento a la Inmaculada Concepcion is one more landmark that is recommended to all tourists who plan to make a vacation in Isla Canela. This is a gorgeous monument with a church of Our Lady nearby. Here, under the shade of trees, visitors can sit on a bench and think about eternal. Or simply admire the magnificent view – clean streets, beautiful women, and architectural ... Open »

Culture guide to Lagos. Which fascinating sights to visit once you are in Lagos: temples, churches, museums, theaters and castles. Recommendations (with addresses, phone numbers and links) on the places 'must visit' in Lagos. Plan your own city excursion by using this page info!