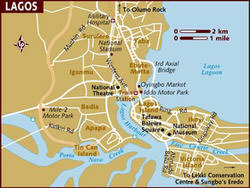 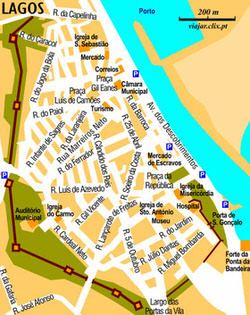 Interactive maps of hiking and biking routes around Lagos

1. You can zoom in/out using your mouse wheel, as well as move the map of Lagos with your mouse.
2. This interactive map presents two modes: 'Biking Routes' and 'Hiking Routes'. Use the '+' button on the map to switch between them.

This Lagos map has two modes: 'Railway Network' and 'Landscape & Rural Map'. Use the '+' button on the map to navigate.

Portugal - moving around the country

Today, three international air harbors are operational in Portugal. The central airport in Portugal is Portela’s airport in Lisbon. It is located near the capital, so tourists will not have any problems with a trip to the city. There buses run different routes, and there are taxis on standby at the exit from the terminal. The airport has well developed infrastructure. On its territory you will find one of the largest duty-free shops in all of Portugal, souvenir shops and food stores. There are also several free children’s rooms, in which families with children can occupy their kids before their flight. … Open

Nature and parks of Portugal

It should be noted that the abundant natural wealth and warm climate of Portugal contributes to the development of tourism at any time of the year. Guests of the country can not only admire the pristine nature which are carefully preserved by the Portuguese, but also visit a variety of contact zoos, oceanariums and pristine lakes.  … Open

Our guide to Lagos

Lagos attracts travelers with its stunning beaches, colorful restaurants and night clubs, as well as large-scale shopping and entertainment complexes. The resort certainly will appeal to those who are used to recreational activities and always want to be at the center of events. Meia Praia is considered to be the largest and most beautiful beach of the resort. A gentle slope protects this stretch of coast from the … Open

Among prestigious places of the city, the Artistas restaurant serving international cuisine points out. A large company can easily accommodate in its spacious hall; in the evening, Artistas offers an interesting entertainment program. The most popular among customers are local treats, as well as signature dishes from seafood. The Oasis restaurant offer visitors to enjoy popular English cuisine; it is one of the most … Open

The beautiful traditions of Lagos have a lot of interesting manifestations. Special cuisine, a variety of traditional applied arts, colorful festivals and regional holidays are just a few of the ways to get acquainted with an authentic lifestyle of local people. The resort is characterized by a very lively atmosphere due to a large number of tourists visiting it all year round. Locals are very welcoming and friendly … Open

The symbolic historical monument is Forte Bandeira. It is located near the beach of Caís da Solaria. This fort was built in 1683 and for hundreds of years, protected the harbor from pirates. It was perfectly preserved to our days. Today, the historical building also houses an exhibition hall, in which local artists and photographers present their works. One of the towers of the fort is equipped with an observation … Open

In Lagos, it will be interesting for shoppers to explore small shops and markets. The largest and most famous market in town is Mercado Municipal da Avenida de Lagos that occupies a beautiful historic building. A large selection of fresh fruits and vegetables, various types of fish and exotic seafood, as well as homemade wine, nuts, spices, and other popular products, are available to market visitors. Right on the … Open