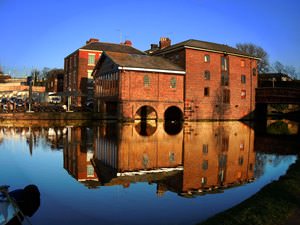 Despite its modest size, Chester is one of the most visited cities in England. Its history goes back more than two thousand years. The city has been founded by the Romans and for a long time has being the most important military camp of the Roman Empire. Buildings of different eras have preserved in the city; there are interesting museums and cultural centers attracting visitors from other countries to Chester.
Cuisine of Chester for gourmet with top restaurants and cafe
Even most demanding gourmets will appreciate the variety of restaurants in Chester. The city has more than two hundreds of different dining places, so each tourist would be able to find a …

Open
City walls built in the early medieval period represent one of the main historical attractions. A walk on wall’s pathway will give a lot of impressions. It starts at the Eastgate and goes to the Newgate; the wall offers a breathtaking view of the city. Other striking landmark is Chester Cathedral. The first religious building in its place appeared in the early 10th century. Over many years, the cathedral has been repeatedly destroyed and reconstructed, so today it is a unique architectural monument, which reflects styles of different eras.
The cathedral features rich interior; it is decorated with stained glass, mosaics and oak choir staying unchanged from the 14th century. The unique religious artifact, Madonna and Child made on the web is kept there. The authors of this amazing works of art were ordinary peasants that collected the web from fruit trees; then the web was pulled over cardboard backing. The icon looks just fascinating. Copyright www.orangesmile.com
Authentic traditions, festivals and lifestyle of Chester inhabitants
This small English city is famous for its unique cultural traditions; an acquaintance with them will bring a lot of experience to travelers. Chester is known to gourmets from all over the …

Open
Among other historic sites, the Chester Castle built in the mid13th century by order of Henry IV is noteworthy. A walk through ancient streets of Chester will be a fascinating event, as there are a lot of half-timbered houses in the city. Nowadays they house shops, attractive cafes and restaurants. 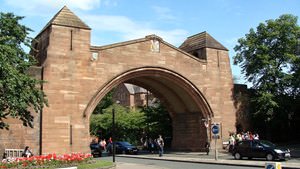 Those wishing to explore the city's history in more detail would be interested in visiting the National Museum of Grosvenor. It has an interesting collection of historical artifacts; the most interesting is the collection of jewelry. The ruins of a Roman amphitheater has preserved in Chester. Those who like to visit the archaeological area and inspect ruins of pre-historic buildings would be fond of its surroundings.

In the section below, you can get one of our excursion, activities or city discovery tours over Chester and surroundings. Our website offers 10-30% lower ticket prices, when compared to the offline purchase on the spot.

This guide to cultural sights Chester is protected by the copyright law. You can re-publish this content with mandatory attribution: direct and active hyperlink to www.orangesmile.com.
Chester - guide chapters 1 2 3 4 5 6

What to visit during two-day excursion in Chester

Art galleries in Chester and around
♥   Art museum 'Sudley House' Liverpool, 20.3 km from the center. On the map

♥   Art museum 'Walker Art Gallery' Liverpool, 25 km from the center. On the map

Cathedrals and basilicas near Chester
♥   Metropolitan Cathedral of Christ the King, Liverpool, 24.3 km from the center. On the map

♥   Cathedral Church of St. John the Evangelist, Manchester, 52.9 km from the center. On the map

♥   Cathedral Church of Our Lady Help of Christians and St. Peter of Alcantara, Shrewsbury, 54.9 km from the center. On the map

♥   Syro-Malabar Cathedral of St. Alphonsa, Preston, 64.9 km from the center. On the map

Unique spots in Chester and near 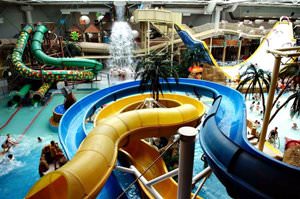 Distance from Chester center - 67.9 km.
Sandcastle Waterpark is considered to be the best in the UK for a reason. It’s an indoor facility, so it is open all year long. There are about two dozens of rides suiting all tastes, as well as gorgeous pools. A harmonious design in a nautical style complements the splendor. There are excellent playgrounds for the youngest visitors. Surf fans enjoy a great swimming pool with artificial waves. … Read further 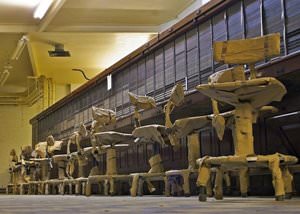 Distance from Chester center - 66 km.
In the middle of the 20th century in Great Britain has appeared a secret underground city with a code name Burlington. This city is like a real recessed shelter where the British parliament planed be hold up in case of the nuclear war. The underground city was built at the place of the old stone quarry, its area is about 1 square kilometers. This recessed shelter could save up to 4 000 people at once. … Read further

Photogallery of cultural heritage of Chester

Excursions over cultural sights of neighbours of Chester

Liverpool
The famous musical group The Beatles has remained the main symbol of the city for many years. One of the museums of the city is dedicated to the world-famous musicians. During an excursion dedicated to «the Beatles Story» you will see numerous interesting collections, which are one way or another connected with the work of the group. The museum also exhibits music records of ... Open »
Bolton
Back in the 14th century, Bolton was a famous mill town that was prosperous through the Industrial Revolution. Therefore, there is nothing strange in the fact that the town has a rich heritage and many of its landmarks belong to that period. Of course, Bolton is a nice place for young people who seek entertainment and nightlife because there is a popular university, but fans of ... Open »
Manchester
Recent years Manchester is mostly identified with football discourse as the world renowned football club has skyrocketed the fame of this small scenic British city. However Manchester will be of great interest not only for football fans but for all the travelers being passionate to exciting tours and to visiting destinations of historical significance. Manchester is a place ... Open »
Blackpool
Start your acquaintance with Blackpool from a walk on the Promenade, which is also known as the main street of the city. You will find numerous architectural attractions, shops, restaurants, and entertainment complexes along the Parkway, so simply no tourist can neglect this place. This part of the city is also the location of its main symbol – the Tower, which shape reminds ... Open »
Wolverhampton
The old English city of Wolverhampton dating back to the 10th century is shrouded in many beautiful legends. According to one of the versions, the founder of the city was Lady Wulfuna, and the significant event took place in 985. The town got its name in honor of the founder, and today a monument depicting Lady Wulfuna is one of the city's main attractions. Not far from the ... Open »
Sheffield
Sheffield Cathedral is the oldest attraction there; its age is more than a thousand years. The beautiful historic building became the permanent venue for various cultural activities, including educational programs, concerts, social events and charity events. Those who wish to get acquainted with the industrial past of the city would like an open air museum, Abbeydale ... Open »

Culture guide to Chester. Which fascinating sights to visit once you are in Chester: temples, churches, museums, theaters and castles. Recommendations (with addresses, phone numbers and links) on the places 'must visit' in Chester. Plan your own city excursion by using this page info!