Cuisine of California for gourmets. Places for dinner - best restaurants 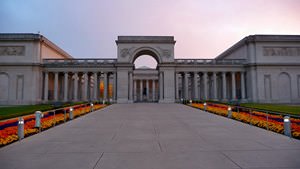 California is considered the most luxurious state for a reason. It has long been synonymous with the modern style and high-end leisure. It’s simply impossible to imagine holidays in California without visiting restaurants, many of which are considered true gastronomic attractions. It’s worth noting that there are various restaurants and cafes of different cuisines in California. Some of them are chosen by budget travelers, while others attract celebrities.
Your active city break in California. Attractions, recreation and entertainment - best places to spend your day and night here
California is ready to offer an extensive range of leisure activities to fans of active recreation and unusual entertainment. There are natural and scenic areas for hikers and modern …

Open
Travelers arriving to the airport of San Jose are sure to look into the Gordon Biersch restaurant. There, you can eat great and very simple treats paying $10-15; visitors point out branded omelet and crispy fried potatoes with beer.
Fairfield has a very unusual restaurant, Texas Roadhouse, where there is always very cheerful and warm atmosphere. In its room you can see piles of nutshell on the floor, as guests can flump it and that’s the feature of the place. Texas Roadhouse has pleasant music; its waiters arrange real dance performances. Copyright www.orangesmile.com
Advices to travellers: what you should know while being in California
1. Many large cities have special HopOn-HopOff tourist buses; their route passes through the most remarkable and interesting places. You can learn more about buses and their schedules at any …

Open
Los Angeles has a plenty of upscale restaurants; Terranea Resort is the most notable among those dining places. It is located on the ocean shore and has romantic atmosphere; connoisseurs of fine dining come to rest there. There is a very attractive restaurant in San Francisco, Pacific Cafe; it specializes in cooking seafood. It is a very quiet and pleasant place to visit; both indigenous inhabitants and visitors of the city like it. 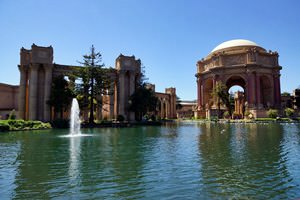 The most famous gastronomic attraction in Beverly Hills is Villa Blanca. It is appreciated by movie stars, but all attenders can dine in the restaurant with celebrities. Despite the star status of the restaurant, prices at Villa Blanca always remain at an acceptable level. The Hooters fast food restaurants are in demand too; you can find them in all cities of the state. They offer branded grilled chicken wings, and a variety of milkshakes, fresh salads and interesting desserts. The biggest challenge for foodies traveling California would be the choice of a restaurant, as a number of dining places is really huge.

This guide to cuisine and restauraunt in California is protected by the copyright law. You can re-publish this content with mandatory attribution: direct and active hyperlink to www.orangesmile.com.
California - guide chapters 1 2 3 4 5 6 7 8 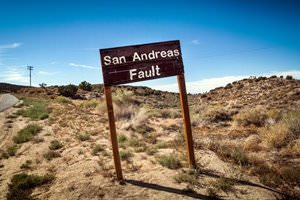 Distance from California center - 184.1 km.
The strong earthquake was in San Francisco in 1906. The last major earthquake Loma Prieta was in 1989. The ground displacement in 7 meters was stated in the area of the fault. For last hundred years of numerous earthquakes, Santa Cruz city was drastically damaged, because of close ground location to San Francisco. In 1989 there was ruined more than 18 000 houses and 62 people died from the storm. … Read further 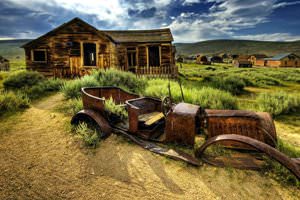 Distance from California center - 163.4 km.
But with time the gold reserves had been depleted and the locals began to abandon their homes. In 1932 there was a fire in Bodie which destroyed almost all the buildings. Today Bodie became a Historical National Park and receives crowds of tourists. It stores more than 150 buildings that have survived in the fire. … Read further

Searching where to eat - restaurants and cafe on California map

Cuisine and restaurants in the neighbours of California

Santa Barbara
Santa Barbara is a traditional resort city featuring plenty of upscale restaurants, stylish bars and cozy coffee houses and cafes. Foreign guests give preference to so called hamburger houses which serve various salads, potato crisps and sandwiches apart from tasty ethnic treat. A major part of the gastronomy establishments of the resort town is concentrated in the main street ... Open »
San Francisco
San Francisco is a unique city turning a regular vacation into an exciting adventurous journey full of exciting impressions which will not be complete without visiting of popular restaurants and bars of the city. Tourists opting for exploration of this tourist destination early in the morning should visit a popular cake shop and bakery. The Liguria Bakery bake shop is located ... Open »
Beverly Hills
Many tourists come to Beverly Hills not only to enjoy a luxury vacation but also to spot some celebrities. Joss Cuisine is a wonderful place for fans of Gwenyth Paltrow, Barbra Streisand, and Jackie Chan. Despite the high level of this dining venue, it offers delicious Chinese cuisine at affordable prices. This warm and intimate restaurant has a long list of signature dishes ... Open »
Santa Monica
Santa Monica, a small beachfront city, offers its guests plenty of marvelous restaurants and cozy cafes which are scattered all over the city and located in every shopping center. In the heart of the menu of many ethnic restaurants tourists will find hot sandwiches and hamburgers, salads and refreshing drinks. Those tourists giving preference to other culinary trends will ... Open »
Los Angeles
In the sense of a modern traveler Los-Angeles stands for smart upscale hotels, luxury boutiques and of course high end fancy restaurants renowned far outside the city. The Papa Cristo’s restaurant serves the Mediterranean cuisine. The cooks are hunting the ingredients for their specialities almost on every continent of the world. One of the specialities of Papa Cristo’s ... Open »
Ontario Town
Ontario would be a great destination to explore traditional California cuisine, which has some peculiarities travelers have no idea about. Many of them associate regional cuisine solely with fast food. Actually, here you can try interesting dishes of historical origin. The formation of local gastronomy was greatly influenced by Mexican cuisine - it is not by chance that burrito ... Open »

Travel notes on best cuisine and restaurants of California (USA) on OrangeSmile.com. Famous recipes and traditional dishes and courses in California restaurants. Where to eat - our recommendations on popular places in California, where you can taste delicious meal and also spend a good time with your friends.