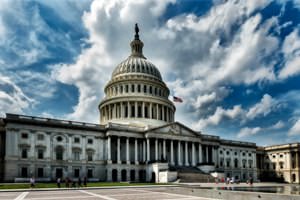 If Americans talk about the city of Washington, they always add D.C., which means District of Columbia. This is necessary to avoid confusion with the state of the same name. Today, about six hundred and seventy thousand people live here. Almost a third of them are illiterate according to the latest census.
Guide to Washington DC sightseeing - things to see and to visit
Washington has been the capital of the United States for more than 200 years. Founded in 1791, it was named after the first president - George Washington. It is important to know that the …

Open
You can meet a lot of immigrants from all over the world in Washington. There are many African-Americans here. They make up almost 30% of the total population. So the cultural characteristics of Europe, Asia, and Africa are intertwined here today. But all citizens have common features. For example, you will not meet gloomy and taciturn people here. Only Mexicans are an exception. Citizens always smile during communicating with clients at work, at home with relatives, on a date, accidentally meeting the eyes of a stranger, and in the elevator of a shopping center. Every local resident is always "OK". Even if he isn't, he won't tell anyone about it. Numerous smiles around can cause confusion at first. However, you will get used to this over time.
It is also interesting that, for example, praise is just praise for the people of Washington. It is common in many cultures that some other recognition of a person's merit, such as a promotion or job recommendation, follows praise. However, it is considered that words are valuable in themselves here. Most locals pay very close attention to work, often overworking or going to work on weekends. This is the nature of the "American dream" - you need to work hard, "creating yourself" in order to become successful. Copyright www.orangesmile.com
Family holidays with kids in Washington DC. How to entertain your child, things to show to children.
Be sure to visit the local zoo while on vacation in Washington. The child will be able to see more than two thousand species of different animals here. Majestic tigers, mysterious cougars, …

Open
However, it is incorrect to believe that Washington residents are only interested in work. Many residents run or cycle, go to gyms or participate in baseball, softball, basketball, street-ball, American football, or soccer competitions as part of amateur teams. The locals really like to play sports. They also like to monitor the success of their favorite sports team. 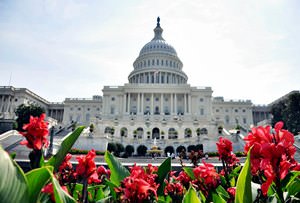 You may find that an unfamiliar person is communicating with you while walking, running, or just going to the store. This is called "small talk" here which means something like a casual conversation on simple topics. Local people love to communicate even with complete strangers. Americans like to joke, sometimes quite aggressively. However, it is not customary to take offense even at hard jokes here. If you speak English well, don't be surprised if you don't always understand what the locals are telling you. Many stable expressions make the speech of local residents unclear to tourists. Americans are friendly and often try to explain to a foreigner everything that he does not understand.
Cuisine of Washington DC for gourmet with top restaurants and cafe
Washington's cuisine is eclectic, incredible even by the standards of the United States with its diverse culinary traditions. Africans, Asians, descendants of colonizers from France and …

Open
Don't be surprised to see women in sweatpants and men in rumpled jeans. It is customary not to worry too much about the appearance here. Locals like to have fun. They may start singing along to music in headphones right in the subway. Well, why not? 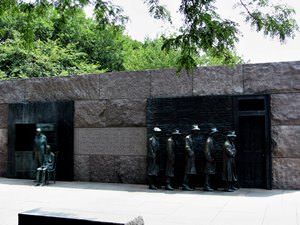 Local people also like to celebrate holidays on a very large scale. If you get to the city during the celebration of Independence Day, on July 4, you can see a Grand parade, a concert of local performers and a performance of the National Symphony orchestra. You will be able to enjoy these shows even if it is raining. You can visit the Cherry Blossom Festival at the end of March. This is the largest holiday in the United States dedicated to Japanese culture. You can enjoy cherry blossoms in the Potomac River valley. Sushi cooking championships, tea ceremonies, and various excursions are held here at this time. Local people also celebrate Catholic Christmas, New Year, and national holidays – Thanksgiving, Constitution Day, National Flag Day, and popular youth days like Halloween or Valentine's Day. National communities celebrate their memorable dates. You can get a closer look at US culture during the Smithsonian Folk Festival.

This guide to traditions and festivals in Washington DC is protected by the copyright law. You can re-publish this content with mandatory attribution: direct and active hyperlink to www.orangesmile.com.
Washington DC - guide chapters 1 2 3 4 5 6 7 8

Cathedrals and basilicas near Washington DC
♥   Cathedral of St. Matthew, Washington, 1.3 km from the center. On the map

♥   Basilica of the National Shrine of the Immaculate Conception, Washington, 5.3 km from the center. On the map

♥   National Shrine of St. John Paul II, Washington, 5.5 km from the center. On the map

♥   Ukrainian National Shrine of the Holy Family, Washington, 5.7 km from the center. On the map

♥   Monastery of Mount St. Sepulchre, Washington, 6.5 km from the center. On the map

♥   National Shrine of St. Alphonsus Liguori, Baltimore, 57.2 km from the center. On the map

Colors of Washington DC in photos

Traditions and festivals in cities around Washington DC

Baltimore
During the festival, you will see competitors who demonstrate the hand-made moving sculptures. What will make you really excited is the sculptures' design, which is truly fantastic and insane. The competition of unusual means of transportation begins in the city and ends on the beach. And lasting eight hours, these man-made kinetic sculptures cover a 15-mile path. If ... Open »
Manhattan
Manhattan is the most expensive and prestigious area of New York, many tourists come here to admire the luxurious villas of famous musicians and film actors. Manhattan has many interesting features, one of the main ones is its multiethnic character. Historically, communities of different people of the world have appeared in this area. Now here is one of the world's largest ... Open »
New York
However, local residents are distinguished by love to sport and care about their health. Simply every part of the city is equipped with special roads for runners. On mornings people of all ages go out to make a morning workout. Many people come with their families. The New Yorkers have quite a peculiar attitude towards alcohol. Drinking it on the streets is strictly ... Open »
Buffalo
The Buffalo Museum of Science also provides space for the festival dedicated to a no less popular drink – beer. This event is not only a mere beer tasting – the festival covers all aspects of the “beer science”. Various presentations, home brewing equipment, information about microbreweries of the region, food that suits beer the most, and many other beer related ... Open »
Cleveland
One of the most unusual festivals held in the pre-New Year period is the Ugly Sweater Run. According to established tradition, residents of Cleveland never throw away old worn-out sweaters, knowing that one day old clothes will come in handy for them to have a lot of fun. Everyone can participate in a race, which is traditionally held in the city on a chosen December day. The ... Open »
Niagara Falls
It is considered that the city has got this nickname due to the brother of Napoleon Bonaparte. In 1804 Jerome visited the romantic city with his bride. Since that time his suite is followed by millions of people from all over the world. The city has also another specific nickname being the small Las Vegas. The city turned to the popular touristic center in the middle of the ... Open »

Cityguide on traditions, mentality and lifestyle of people in Washington DC. Learn the best periods to visit Washington DC to discover its soul - authentic festivals, events and celebrations. We will also reveal the interesting habits, attitude towards the world and to tourists in Washington DC.