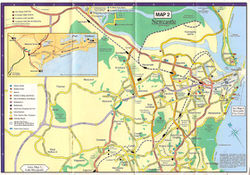 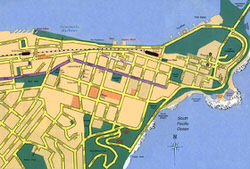 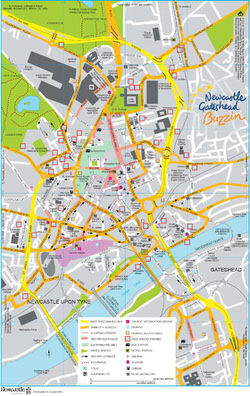 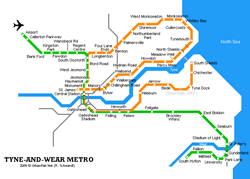 Interactive maps of hiking and biking routes around Newcastle

1. You can zoom in/out using your mouse wheel, as well as move the map of Newcastle with your mouse.
2. This interactive map presents two modes: 'Biking Routes' and 'Hiking Routes'. Use the '+' button on the map to switch between them.

This Newcastle map has two modes: 'Railway Network' and 'Landscape & Rural Map'. Use the '+' button on the map to navigate.

Our guide to Newcastle

It’s a large industrial city located in the lower reaches of the Tyne River. The son of William the Conqueror, Robert II Duke of Normandy, was the founder of the city. First mentions of Newcastle date back to 1080. Initially a new castle was built on the territory of the modern city. The castle was built mainly for the storage of salt and coal mined in the area, but it also gave the name to this city. Besides … Open

Since its construction, it has been one of the tallest buildings in the city. Its tower is clearly visible from many streets. In the middle of the 17th century, throughout the course of the struggle against Scotland, the cathedral lost many of its valuables, as the invaders were going to destroy it. The cathedral has remained intact by some miracle, and at the beginning of the 19th century, it got a new rich … Open

A lot of interesting entertainments await travelers in Newcastle. Today, Ouse Burn Centre can be found in the old industrial district. This area has preserved old mills and storage facilities, which are now used for commercial and cultural purposes. Here is the largest trading venue in Europe where they sell works of art. One of the old industrial buildings houses a music bar featuring top-notch equipment. In the … Open

In the vicinity of Newcastle, several large farms produce not only high-quality meat but also dairy products. The pride of the locals is the cheese that has dozens of varieties, too. You can fully appreciate their diversity while walking through local markets and grocery stores. Meat is used to make wonderful sausages and other delicacies. Meat and cheese platters are available for tasting at any restaurant or pub. … Open

Traditions and mentality of Newcastle

In the past, Newcastle was a major industrial city, but its industrial lifestyle was replaced by a new one full of interesting traditions and festivals. One of the main features of the local culture is the "Geordie" dialect, which is spoken by all citizens. It is so different from classical English that even people from neighboring cities can hardly understand the local accent. The formation of such an unusual … Open

Fans of historical attractions have the opportunity to visit Hadrian's Wall. This is the name of partially preserved defensive structures erected in the days of the Roman Empire. The scale of this structure is really impressive: originally its length was about 120 km. The wall is named after Emperor Hadrian, and its extensive pieces have survived until the 18th century. Many parts of the defensive fortification were … Open