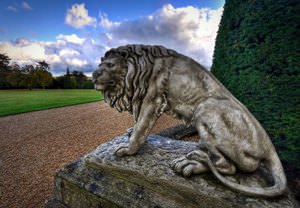 Luton lives a rich festive life full of interesting annual festivals and holidays dedicated to historical events and various cultural spheres. The main event in Luton's holiday calendar is the International Carnival, which is the largest one-day carnival in the UK. For the first time, this holiday was held in 1976. At that time, it had a much smaller scale and was known only to locals. In its early years, the carnival was limited to colorful fairs that were held on the streets with the participation of residents of Luton and some nearby towns.
Family holidays with kids in Luton. How to entertain your child, things to show to children.
In Luton, holidays with children can be diversified by visiting interesting entertainment centers. One of the most popular holiday destinations for tourists is the Cineworld Cinemas. In this …

Open
Over time, the carnival has gained international fame and incredible scale. Only a tradition to fit all its entertaining program in one day has remained unchanged. Now the holiday is attended by musicians, artists, and other cultural figures from all over the world. Since the carnival is usually organized in May, all of its entertainments take place in parks and on the streets under the open sky. Guests of the carnival can attend interesting concerts and art exhibitions, craft workshops and culinary shows.
The main event of the carnival is a traditional costumed procession. All its participants prepare original costumes on their own. Every year, the original Luton festival changes its theme, according to which the participants sew their outfits. About a thousand people take part in the parade today, while the total number of guests of the holiday is almost a hundred times bigger. The main goal of the Luton International Carnival is to bring together people from different cultures and traditions and give them the opportunity to show their talents. Copyright www.orangesmile.com
Cuisine of Luton for gourmet with top restaurants and cafe
Luton is a great destination to explore traditional English cuisine. Local restaurants continue serving dozens of interesting dishes whose recipes were invented hundreds of years ago. …

Open
Luton has many interesting traditions and customs. The city was famous for its hat industry hundreds of years ago. Women of fashion came here from London to pamper themselves with new accessories. The tradition of women's hat production has been preserved in the city to this day. Several historic factories are still functioning, and some interesting themed shops can be found on the streets. Here, not only women but also men will be able to pick a suitable headdress. 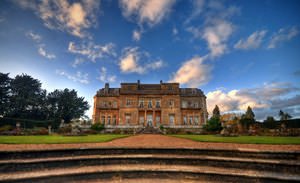 At the beginning of July, the Youth Festival is celebrated in Luton. This holiday is one of the newest in the city calendar. Local volunteers organize the festival every year since 2015. Young people from various countries of the world take part in the celebration on the first Saturday of July. Among them are young film directors and artists, representatives of theatrical art and musicians, talented artists and designers.
Excursion over cultural sights of Luton - 'must visit' points of interest
The history of Luton has more than eight hundred years so many historical attractions of various periods have been preserved in the city. In the city center, you will find a vivid monument …

Open
The festival has a very rich entertainment program, which includes music concerts, theater performances, film screenings, art exhibitions, as well as sports competitions. The youth festival has one interesting feature - a significant part of its activities takes place in the historic St Luke’s Church Leagrave. It is an important local historical monument that has long acquired the status of a popular cultural center. 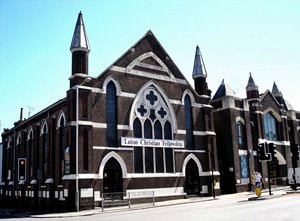 On the festival day, theatrical performances are held, musicians and representatives of various youth organizations perform within the walls of the church It must be said that such a creative initiative received extremely positive feedback from the majority of local residents. The youth festival's program is aimed at a wide range of guests and participants, many schoolchildren and younger kids always take part in it. All funds raised during the festival are used to support and develop local youth centers.
Your active city break in Luton. Attractions, recreation and entertainment - best places to spend your day and night here
Luton guests will have the opportunity to visit the largest zoo in the UK - Whipsnade Zoo. This is a historic zoological garden covering an area of about 600 acres. On a vast territory in …

Open
Children's holidays taking place in Luton deserve a separate mention. The development of children and their involvement in the national culture has always been given much attention, and now the city holds a variety of thematic holidays for kids. A great example is the annual Kid's Book Festival, which is joined by local educational and cultural institutions. Mandatory components of the event are book fairs and interesting literary evenings aimed at families. 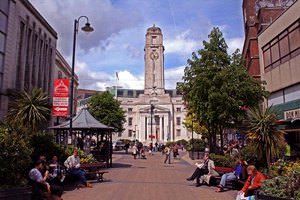 Locals are known for the great love for their hometown and cultural traditions, however, modern cultural trends never pass them by too. Despite the proximity of such a famous capital as London, the tiny town with a distinctive atmosphere carefully preserves its cultural traditions and continues to amaze the world with enchanting carnivals and festivals. They take place throughout the year, so fans of event tourism would be happy to visit the city all year round.

This guide to traditions and festivals in Luton is protected by the copyright law. You can re-publish this content with mandatory attribution: direct and active hyperlink to www.orangesmile.com.
Luton - guide chapters 1 2 3 4 5 6 7

Cathedrals and basilicas near Luton
♥   National Shrine of Our Lady of Willesden, London, 40.3 km from the center. On the map

♥   Ukrainian Catholic Cathedral of the Holy Family in Exile, London, 45 km from the center. On the map

♥   Principal Church of Our Lady of the Assumption and St Gregory, London, 45.6 km from the center. On the map

♥   Metropolitan Cathedral of the Most Precious Blood, London, 47.7 km from the center. On the map

Survived castles around Luton
♥   Castle 'Someries Castle' , 3.2 km from the center. On the map

Colors of Luton in photos

Traditions and festivals in cities around Luton

London
Citizens are very reluctant to drinking alcoholic beverages. Local stores start selling alcoholic drinks on weekends only after 19.00. Tourists are very surprised that in local entertainment facilities and clubs men and women can have rest in separate rooms. In this city also live many Irish and Scots, who do not like being called the British. Themes concerning the national ... Open »
Oxford
During the festival the streets of the city of Oxford are filled with companies of mates clad in weird outfits. Young people walk in the streets and entertain till the late night. Only a students’ prom can compare to this event in its scale. The prom event is always followed with bright and remarkable fests, parties and shows and other entertaining events. One of the most ... Open »
Leicester
Fire Festival, or Diwali, is no less popular among locals and foreigners. The ancient Hindu festival has slightly different meaning for residents of Leicester than in its homeland. Bright and colorful festival is a symbol of the victory of good over evil; for many citizens this religious event has long ago turned into the usual colorful carnival. The main tradition of the ... Open »
Coventry
The festival in honor of the national heroine was first organized in 1678, and since then it has been held annually. On the day of the holiday, in the city one can see people dressed in beautiful historical costumes. In memory of the outstanding event, they hold a solemn procession along the path that the noblewoman has ridden on horseback hundreds of years ago. The ... Open »
Ipswich
One of the most amazing events in the whole region starts at the beginning of August. This is the Festival of Wheels, an event, during which visitors can see hundreds of vehicles. Vintage cars, motorbikes, trucks, trailers – all of the participating vehicles have some kind of peculiarity. The event is traditionally held in Trinity Park. In addition to the main program, ... Open »
Birmingham
The national traditions have touched virtually all areas of life in the city. Motorists should be aware that there is left-hand dining in this city. This is absolutely not typical of European countries. The local residents consider tea with milk their national drink. A traditional afternoon tea has already become one of most important national peculiarities. Every day at five ... Open »

Cityguide on traditions, mentality and lifestyle of people in Luton. Learn the best periods to visit Luton to discover its soul - authentic festivals, events and celebrations. We will also reveal the interesting habits, attitude towards the world and to tourists in Luton.