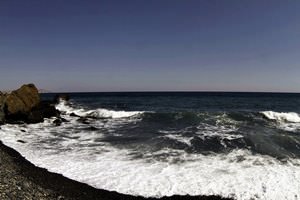 Opportunities for active recreation in Koktebel are incredibly much. Those who do not want to rest on the beach can spend a lot of exciting excursions to charming places. Everyone can go on an exciting trip for a few days, and fully appreciate the beauty of nature. Koktebel has long been a recognized center of paragliding, and parachutists like to rest here. Jumps are made with a parachute system "Wing" at an altitude of 1200 meters. Everyone can go through preliminary training, then make a jump and get a parachutist certificate. However, for this you need to jump with a parachute at least three times.
Cuisine of Koktebel for gourmet with top restaurants and cafe
As in many resort towns, the gastronomic life of Koktebel is mainly concentrated on its embankment. In the morning and in the afternoon you can easily have a snack or order a complex dinner. …

Open
On Mount Klementyev, where the Museum of Gliding is located, you can learn to fly on a paraglide. Those who are still afraid to fly on their own, are offered a more "sparing" kind of entertainment, they can fly on a paraglide along with an instructor. Travelers who have long dreamed of trying themselves in the role of an airplane pilot will have such an opportunity in Koktebel. Absolutely all after full instruction can fly on a super-maneuverable plane over the Crimea, performing aerobatics figures and independently controlling the aircraft.
Travelers, who are attracted by the unknown depths of the Crimean Mountains, can go on foot on the plateau of Karabi Yayla - the largest and deserted plateau in the Crimea. Here you can see the cave of Studencheskoy, in which the rock paintings are preserved, as well as the cave Bolshaya Buzluk, whose depth is 81 meters. Those who do not like walking, will have the opportunity to ride on the mountain valleys of the Crimea on first-class jeeps. Practicing in Koktebel rope-jumping - jumping from the cliff on the insurance. This entertainment will appeal to fans of extreme sports. Copyright www.orangesmile.com
Excursion over cultural sights of Koktebel - 'must visit' points of interest
Koktebel is a fairly compact city, so it does not have a lot of attractions. The magnificent bay in the embrace of the volcano Karadag, the mountains of Uzup-Syrt and the range of Kiik …

Open
Fans of beach recreation in addition to the picturesque coast should pay attention to the water park of Koktebel, which is considered the best in the region. It occupies a vast territory and is well-equipped, so you can relax here comfortably even on the hottest day. On the evening walk it is best to go to the embankment, and for memorable gifts for loved ones - to one of the city markets. The Central Market has the largest choice of goods. Nightlife in Koktebel is concentrated on the embankment. In addition to local discos and nightclubs, an interesting evening program is offered to visitors of the "Calypso" or "La Boheme café".

This guide on active recreation and leisure in Koktebel is protected by the copyright law. You can re-publish this content with mandatory attribution: direct and active hyperlink to www.orangesmile.com.
Koktebel - guide chapters 1 2 3 4

Attractions and entertainment in Ukraine

Where better to fly in a balloon, if not in Kiev? Romantics will like the idea of ​​slowly rising up into the air over the Ukrainian capital and admiring it, sailing over high buildings, trees, roads, people, and so on. Those who prefer more extreme types of leisure should go to Dnipropetrovsk, where the club “KAVA” offers customers the opportunity to jump off a bridge, play strikeball and paintball, go finally to Pripyat, and then return for a new portion of adrenaline. In “Adventure Tours” in Kiev, guests will be able to ride on a real tank, will let them shoot from automats, and also will let them enter the Exclusion Zone, which is ultra-popular and makes really high demand. … Open

Search for active leisure and attraction spots on Koktebel map

Alushta
For those who wish to diversify the beach vacation with unusual entertainment, it is worth going to the tasting room at the "Tavrida" factory. This is a real find for connoisseurs of fine wines. Here for the visitors very informative excursions are conducted, and after that they invite you to a cozy hall where you can try the best drinks. Numerous entertainment centers invite ... Open »
Hurzuf
A separate attraction of the resort village is the embankment, which is ideal for leisurely walks. At the height of the tourist season on the waterfront there is always a lively atmosphere, the guests of the resort come here to admire the coast and buy memorable gifts. On the waterfront are the most popular restaurants and bars where you can dine, dance, listen to music or ... Open »
Simferopol
Fans of this sport will appreciate excellent facilities of the club; beginners could take a couple of lessons from a professional coach. It is worth noting that the bowling center has an excellent restaurant. Fans of billiards like the trendy Tsarskaya Ohota bar. Here you can enjoy your favorite game in a relaxed atmosphere and have a pair of signature cocktails in the bar, ... Open »
Kerch
In the immediate vicinity of the beach is a beautiful promenade - the most romantic and beautiful place in the city. It is ideal for leisurely walks and intense photo sessions. The Kerch quay is beautiful at any time of the year. In the warm season next to the embankment there is an excellent amusement park, which is worth visiting by all lovers of thrills and holidaymakers ... Open »
Yevpatoriya
Fans of outdoor activities will certainly like the "Avangard" stadium, where a wonderful modern go-kart functions. For tourists trips to interesting natural attractions are arranged, during which they can appreciate the unique nature of these fertile places. At the intersection of Pushkin and Frunze streets a magnificent arboretum begins, so you can enjoy the natural splendor ... Open »
Anapa
There are various cinemas in the resort, where they show 3D-novelties and ordinary films, so, film fans in Anapa will have something to do in their spare time at the beach. Also, at the resort there are two water parks, large enough and varied, in which amateurs of water attractions can have a great rest. The most popular is the water park "Zolotoy Plyazh". Very popular with ... Open »

Guide to your best city break in Koktebel - popular places for recreation and leisure. Things to do during the day in Koktebel - attractions, parks, beaches, aquaparks, racing tracks, biking trails or waterski. Recommendations (with addresses, phone numbers and links) where to spend your time in the evening (bars, discos, clubs, etc.). We share some good ideas and the question 'What to do in Koktebel?' disappears immediately.