For many years Dallas has remained a popular family resort thanks to a rich choice of entertainment venues. The local zoo is a very popular destination for rest. The territory of the zoo is equipped with more than 8000 open-air cages that have become home to hundreds of rare animals. Among the inhabitants of fauna present in the zoo you can find rare African tapirs, anteaters, and giraffes. Each year the collection of the zoo is updated with new animals. Visitors can get acquainted with inhabitants of the underwater world during an excursion to the aquarium, Dallas World Aquarium. Rare manatees, octopus, jellyfish, sharks, crocodiles and hundreds of species of colorful fish will help to appreciate the diversity of inhabitants of the deep sea in their full beauty. We simply cannot fail to mention that the collection of underwater inhabitants present in the aquarium is one of the best in the world.
Top touristic routes around Dallas: architectural sightseeing and landmarks
Discovering the architecture of Dallas from bird's eye view! Reunion Tower, American Airlines Center, Southern Methodist University, AT&T Stadium, Dallas World Aquarium, Fountain Place, all those monuments are defining the image of Dallas …

Open
Fans noisy entertainment and fun should not forget to visit Six Flags Over Texas Amusement Park. Every day the park hosts interesting shows and entertainment programs. Visitors are welcome to attend more than 100 modern rides, playgrounds and cozy seating areas. The territory of the entertainment center is the location of a beautiful park named Glow In The Park, which often hosts various exciting laser shows. In summer the park works on a daily basis, and during the remainder of year the park works only on weekends.
Fans of the outdoor rest should definitely make a stroll to the local botanical garden that covers an area of 66 hectares. A huge territory of the park is the location of picturesque gardens and woods, floral compositions of incredible beauty and theme parks. There is an arboretum just near the botanical garden, which is conventionally divided from the park by Rock Lake. Copyright www.orangesmile.com
Cultural vacation in Dallas - fantastic architecture and monuments
Old Red Museum, Cathedral Santuario de Guadalupe, African American Museum, Arboretum and Botanical Garden, as well as many others, they all become the world's cultural heritage objects and remain as iconic monuments for Dallas …

Open
Tourists, who want to enjoy a premiere of a new movie, should not forget to visit Dallas Angelika Film Center, which remains the most visited movie theatre in Dallas. Frankie's Sports Bar and Grill is a great place to enjoy spectacular sports competitions. The bar serves visitors until late in the evening. In addition to exciting broadcasts of competitions, Frankie's Sports Bar and Grill offers a wide range of signature food and drinks. When it comes to describing clubs, Black Swan Saloon and The Lone Wolf Lounge are definitely worth your attention. Every night these night clubs attract fans of contemporary music and dancing. Shoppers can be recommended to visit Galleria shopping center. Other popular destinations are antique shop Antique Row and Market Dallas Farmer's Market, which is the best place to buy fresh products.

Dallas is a great city for fans of active pastime. Thus, to see “the soul of Dallas”, you can use the services of The Spirit of Dallas, which offer wonderful cruises on White Rock Creek. Besides enjoying the beautiful views from the water, you can get a lot of positive emotions, thanks to which all the problems seem just little things. Another interesting entertainment perfectly suitable for the whole family is zipline in Trinity Forest Adventure Park. Feel like an acrobat in Skyline Trapeze - it is worth noting that it is absolutely safe despite the fact that it brings a crazy adrenaline rush.
Guide to Dallas sightseeing - things to see and to visit
Dallas is the third biggest city of Texas and the eighth biggest city of the United States. The official date of foundation is February 1856. Currently the population of Dallas and its …

Open
Those who wish to feel a surge of adrenaline should be advised to use the services of Starlight Flight in order to get to the passenger seat and enjoy a helicopter flight. The city lying below as if presents itself on a silver platter, making the heart of everyone who decides to try this leisure beat faster. Another great pastime is for those who are not afraid of heights and wish to spend time actively - it is the tour from HighPoint Expeditions. 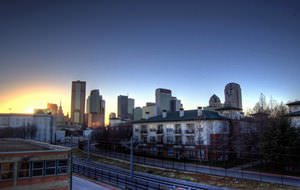 Texas is not Texas without ranches and cowboys. Therefore, it's worth visiting the best ranch in town. We are talking about River Ranch at Texas Horse Park, which is a kind of hidden treasure of the city. On the ranch, you can ride and feed graceful horses, and, of course, enjoy the atmosphere reigning here. Here there are wonderful places in the city where golfing will seem like the most pleasant pastime one can imagine. These are such clubs as Stevens Park Golf Course and Bear Creek Golf Club. Mini-golf enthusiasts are frequent visitors to TopGolf Dallas.
Family holidays with kids in Dallas. How to entertain your child, things to show to children.
Dallas is a wonderful city for families with children. Its most visited family attraction is the Dallas World Aquarium. The aquarium occupies a large modern building, and displays marine …

Open
Fans of escape rooms can be recommended Escape the Room, Wizards, and PanIQ Room. Those who prefer to act first and whose mind is fast like an eagle flight will enjoy sports shooting. In Dallas, this kind of leisure is represented by DFW Gun Range and Academy and Elm Fork Shooting Sports. By the way, team building events are often held in such centers. Those who want to play bowling go to the best suitable place - Bowl & Barrel or USA Bowl. 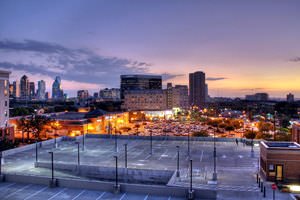 For those who have always dreamed of getting behind the wheel of a Formula One, it wouldn't be superfluous to mention SpeedZone where a strong adrenaline rush is guaranteed. Those preferring virtual reality and getting an extreme hormone from there should be advised to visit XD Ride Adventure. The city can also offer some interesting places for children: Obstacle Warrior Kids - if they have a desire to feel like a ninja, Adventure Landing is for the youngest lovers of swimming, Cosmic Jump is appreciated by all who wish to jump a lot, and a visit to Spark! would be a great idea for those who want to plunge into the pirate atmosphere. Besides, children can have a lot of fun at playgrounds - Cox Lane Park and Peter Pan Park.
Cuisine of Dallas for gourmet with top restaurants and cafe
Dallas is often called the "city of restaurants," and this is not surprising, because the territory of the city is home to approximately a thousand of different culinary facilities. …

Open
Cinema buffs go to watch the latest movies at Dallas Angelika Film Center, Magnolia Theater or Look Cinema - the best cinemas in town. If there is a desire to watch sports competitions, the city has every possibility for that - one of the best places is American Airlines Center. Stand-up performances are loved here as well; stand-up artists can be heard in places like Hyena's Comedy Nightclub, Dallas Comedy House or Backdoor Comedy Club. 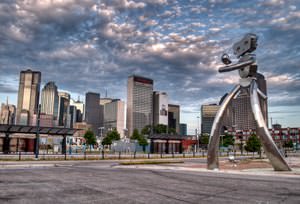 For many, Dallas is primarily associated with the place where the 35th President of the United States, John F. Kennedy, was killed. For those who like wandering through such historical places, it'd be useful to visit The Sixth Floor Museum at Dealey Plaza - it was from this building that the shot was fired. West End, a street that located 5 minutes walk from this place, still keeps the memory of the tragic event. However, the city has not only dark spots, and they are much more noteworthy. For example, all moviegoers will be happy to visit Dallas: the fact is that it was here that cult "Robocop" film was shot in 1987. OmniCorp is Dallas City Hall, Plaza of the Americas, and Marriott Hotel. You can also explore North Pearl Street - a school building located on this street was used as a police headquarters.

This guide on active recreation and leisure in Dallas is protected by the copyright law. You can re-publish this content with mandatory attribution: direct and active hyperlink to www.orangesmile.com.
Dallas - guide chapters 1 2 3 4 5 6 7 8 9 10 11 12 13 14 15

National and city parks around Dallas
♥   Local Park 'Daniel' , 7.3 km from the center. On the map

♥   Amusement park 'Six Flags Over Texas' Arlington, 25.4 km from the center. On the map

Water attractions around Dallas
♥   Water park 'Bahama Beach' Dallas, 12.2 km from the center. On the map

♥   Water park 'Great Wolf Lodge' Grapevine, 30 km from the center. On the map

Search for active leisure and attraction spots on Dallas map

Austin
If you draw inspiration from nature, be sure to visit the city’s main botanical garden, Zilker Botanical Garden, which is part of the large-scale Zilker Park. An interesting collection of plants is collected on the territory of this garden. It is especially interesting to visit it in late spring and early summer. Many convenient paths and stairs are laid out throughout the ... Open »
Texas
Texas with its splendid nature and countless entertainment options is an ideal place for outdoor activities. This picturesque state won’t disappoint those who like to have a rest away from civilization. Big Bend attracts fans of ecotouristm; the Rio Grande is flowing through its territory. The park has an amazing variety of landscapes; it would be the best place for meeting ... Open »
Houston
Galleria is considered the most popular shopping center of Houston. This is a large-scale shopping and entertainment complex, where, in addition to hundreds of trade stands, there is an ice skating rink, a variety of cafes and restaurants, as well as cozy seating areas. Rice Village shopping center and The Urban Market, where you can buy a lot of interesting souvenirs, are ... Open »
San Antonio
San Antonio is a popular family resort. Therefore, many entertainments are focused on travelers with children. The Morgan's Wonderland is an unusual entertainment center that is dedicated to working with children suffering from nervous system diseases. Absolutely everyone will feel comfortable there. Numerous playgrounds and recreational areas will surely please and entertain ... Open »
Memphis
Apart from numerous inhabitants the park boasts a fine decorated territory. The construction of the enclosures is designed to exactly create the conditions of natural environment of the animals. Open air recreation enthusiasts will love the Mud Island River which runs along the river bank. Its territory features excellent facilities for active leisure, running and cycling ... Open »
New Orleans
New Orleans is known for a vast choice of night entertaining establishments as night clubs, dancing floors, bars which entertain their guests from dusk till dawn. The Rock n Bowl - Mid City Lanes center will be of great interest for bowling fans meanwhile jazz fans should set to the Preservation Hall bar. One of the most popular night entertaining establishments is still the ... Open »

Guide to your best city break in Dallas - popular places for recreation and leisure. Things to do during the day in Dallas - attractions, parks, beaches, aquaparks, racing tracks, biking trails or waterski. Recommendations (with addresses, phone numbers and links) where to spend your time in the evening (bars, discos, clubs, etc.). We share some good ideas and the question 'What to do in Dallas?' disappears immediately.