Video of flights over top monuments of Bucharest in HD format.
Use 'Full Screen' mode.
Museum of the Romanian Peasant, The National Museum of Art, Cotroceni Palace, and Romanian Patriarchal Cathedral are the architectural landmarks for not only tourists, but also for residents of Bucharest. The majority of these monuments were created several centuries ago. They witnessed many important events, so besides the architectural value for Romania, these landmarks are of a great historic importance. In this review, you will be able to get acquainted with the main architectural sites of Bucharest. Also, we will look at them from an unusual point of view – only interesting facts and photos, which come together with a 3D visualization of every monument. Use our unique technology to fly over all architectural places of interest of Bucharest – the video is at your fingertips.

Museum of the Romanian Peasant, Bucharest 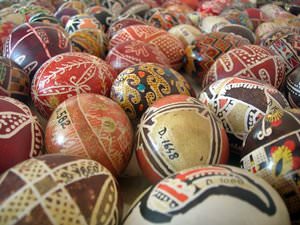 Facts:
» The Museum of the Romanian Peasant is one of the famous European museums of folk arts. It was rewarded many times for its activity. In 1996, it received the European Museum of the Year Award.
»  It was founded in 1906. Nowadays, the museum houses a huge collection of national costumes, icons, ceramics, and other Romanian peasant household items.
»  This museum is so cute and comfortable and has an amazing and inimitable homely atmosphere.
»  The museum is located in a unique building that has been built for 29 years. Fortunately, no shell hit the construction during the Second World War, which gave the government a sense of relief.
»  The architectural style of the museum features traditional Romanian elements.

The National Museum of Art, Bucharest 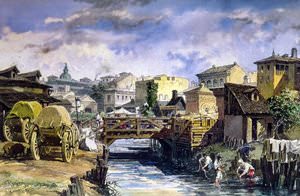 Facts:
» The National Museum of Art is the biggest art museum in Romania.
»  It is located in the former royal palace. The collection of the museum includes almost 60 000 pieces of Romanian and foreign art, including 3 000 pieces of European art.
»  The Romanian collection tells about the history of national arts and contains different exhibits from icons, old paintings, and boyars’ portraits to items of the middle of the 20th century.
»  The European collection includes about 3 000 paintings, sculptures, and graphic works.
»  The museum also houses the rich collection of pieces of applied arts, old furniture, earthenware, tapestries, and carpets. 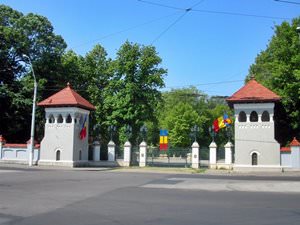 Facts:
» The Cotroceni Palace is located in Bucharest and serves as the residence of the Romanian President. Besides, there is a museum.
»  The Controceni Palace is built in a Neo-Renaissance style. The palace is decorated with white columns with stucco. There are wide lodges with curvy rails, small balconies at different levels of the building, and magnificent and luxurious rooms.
»  The Norwegian Hall, the library, the Queen’s room, the Eastern Hall, and some other rooms have survived to nowadays in their original form.
»  The museum that was opened here in 1991 houses the valuable collection of pieces of medieval arts.
»  Get a bird's-eye view and see that the palace is drowned in greenery. The park near the palace is decorated with multiple well-kept paths, elegant benches, and artificial ponds. 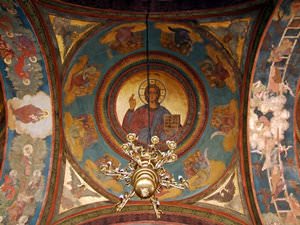 House of the Free Press, Bucharest

Facts: » The House of the Free Press is a totalitarian architectural monument constructed in 1952-1956.
»  The building that is 104 m high had been the highest construction in Romania until 2007.
»  Originally, it was the place where almost all printing machines of Romania were kept. There are also reading rooms. Today, it fulfills the same functions. Additionally, there is the Bucharest Stock Exchange in the south wing.
»  In the building, there is the impressive archive of the Romanian press.
»  There is also a printing house and a photo agency in the same building.

CONTINUE - PART II »»
This guide to architectural sightseeing in Bucharest is protected by the copyright law. You can re-publish this content with mandatory attribution: direct and active hyperlink to www.orangesmile.com.
Bucharest - guide chapters 1 2 3 4 5 6 7 8 9 10 11 12 13 14 15

Build your walking routes in Bucharest on the landmark map

Architectural landmarks in the regions around Bucharest

Sofia
The St. Alexander Nevsky Cathedral is a cathedral dedicated to Russian soldiers who freed Bulgaria of the Turkish yoke. The cathedral was built by patriots of Bessarabia, Dobrudzha, Austria, and Russia. In 1882, the first stone was laid. The construction lasted from 1904 to 1912. It had been named after Saint Cyrill and Methodius until 1920. The cathedral was declared a cultural monument only in 1924. The building was designed by Russian ... Open »
Istanbul
Sultan Ahmed Mosque is the largest and one of the most beautiful mosques of Istanbul. The name ‘Blue Mosque’ it owes to a huge variety of blue and white ceramic tiles used in interior decoration. Construction of the mosque has being carried out for 7 years and was completed in 1616. The most unusual part of the Blue Mosque is a niche for prayers carved from a huge piece of marble with a black stone, which was brought here from Mecca. The ... Open »
Beograd
The place where the church was built is memorial. Here, the relics of the first archbishop of Serbia were burnt upon the order of the Ottoman ruler in the late 16th century. He contributed to the establishment of the independence of the Orthodox Church. The funds on the construction of the House of God started to be raised in 1895. The temple still exists on donations. It was opened in 2004 due to historical conflicts. The main dome that ... Open »
Thessaloniki
The White Tower is located on a waterfront. It has a museum now. There are multimedia exhibitions with illustrations and sound design. There used to be an outpost here. It dated back to the 12th century. Later, Turks fortified the building for it to protect the harbor. The Ottoman rulers dealt with undesirables here. Kuli Blanka resembles a cylinder, is 34 meters high and 23 meters in diameter. Having studied the history of ... Open »
Sarajevo
The Cathedral of the Nativity of the Blessed Virgin Mary was constructed in 1863 on the petition of the Orthodox Community that asked the government of the Ottoman Empire for building the House of God. The sultan donated 556 gold coins to the construction of the temple. Merchants of Sarajevo paid the missing amount. The Russian Government gifted church utensils, theological books, robes for churchmen, and icons. The best artists were ... Open »
OrangeSmile.com - online travel reservation expert providing reliable car rental and hotel booking services. We feature more than 25.000 destinations with 12.000 rental offices and 200.000 hotels worldwide.
Secure Server