Family trip to Milwaukee with children. Ideas on where to go with your child 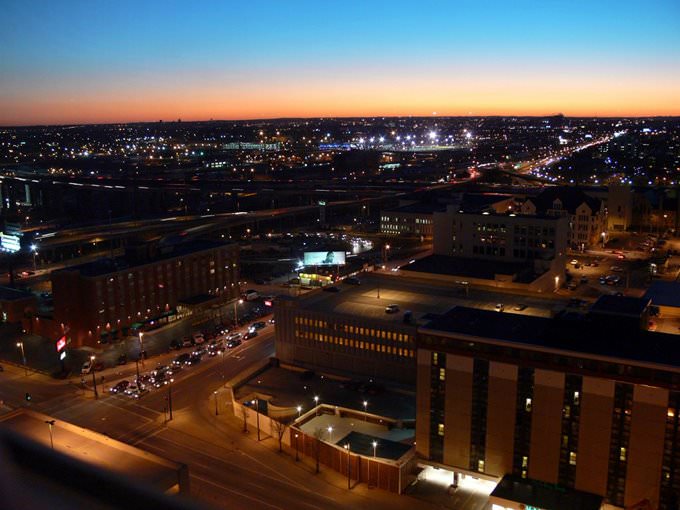 Miluoki is an unbelievably wonderful tourist city with a variety of attractions and entertainment centers. One of the most swarmed and fascinating spots for a vacation with children is the Henry Maier Festival Park. This modern amusement park is located on the shores of Lake Michigan. This center has colorful merry go rounds and playgrounds for young children, and several attractions for fans of extreme sports. One of the most unusual attractions in the park is the cable car. It is also worth noting that during the year there are many interesting celebrations in the park.
Guide to Milwaukee sightseeing - things to see and to visit
This place with rich history is one of the largest U.S. cities. Milwaukee literally translates as "good earth". This name was given to the city by its first settlers from Indian tribes. In …

Open
The oceanarium Oceans of Fun will be an ideal place for amusement with children. This center looks more like an original amusement park. The principle inhabitants of this oceanarium are dolphins and seals, with which intriguing performances are conducted every day. For an additional fee, visitors to the center can swim in the same pool with the friendliest marine inhabitants and take a great deal of spectacular photos. The aquarium is located on the territory of a picturesque park, along which you can walk and admire the big trees.
There is an incredible place in the city for fans of water entertainment – the Schulz Aquatic Center. This water park is quite small, but has on its territory a special pool for children with small slides, and a beautiful lazy river. The territory of the water park is well equipped for comfortable entertainment; umbrellas that shade from the sun and fountains are all over the place. It will be an awesome place to relax on a scorching summer day. Copyright www.orangesmile.com
Guide to Milwaukee sightseeing - things to see and to visit
This place with rich history is one of the largest U.S. cities. Milwaukee literally translates as "good earth". This name was given to the city by its first settlers from Indian tribes. In …

Open
Among the entertainment centers of Milwaukee, it is worth highlighting Bounce Milwaukee. This is one of the most recent and colorful centers. It will be interesting to spend time here with children of all ages. For young visitors, there are a lot of trampolines, inflatable attractions and playgrounds in the center. There is even a climbing wall for young children and a playground with table games which older children will like. The center is perfect for individuals who are in search of a place for a children’s or family holiday. 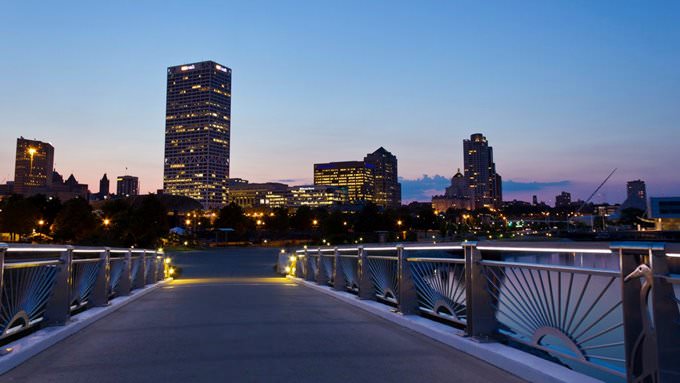 For persons who prefer to relax outdoors, it is worth going with the children to the Swing Park. This park is quite small. It is located in one of the busiest regions of the city. The existence of this park is not known to all tourists whereas it is exceedingly popular among locals. Among the primary attractive features of this park are playgrounds for kids. Numerous striking trees also grow in the park. One of Milwaukee’s most famous kids’ attractions is the Milwaukee County Zoo. This is an extensive and wonderful zoo in which creatures from all over the world are represented. Here you can see large brown bears, giraffes and large turtles. Also among the inhabitants of the zoo, there are very rare ones including snow leopards. On the territory of the zoo, there is an aquarium where enchanting performances with the participation of trained fur seals take place day after day.
Guide to Milwaukee sightseeing - things to see and to visit
This place with rich history is one of the largest U.S. cities. Milwaukee literally translates as "good earth". This name was given to the city by its first settlers from Indian tribes. In …

Open
There is an interesting children’s museum in the city – Betty Brinn Children’s Museum. This is a place where children are offered to turn into researchers and testers. All excursions held for kids are in a playful form. Children are offered the opportunity to perform intriguing scientific experiments, try out interactive exhibits and relax on colorful playgrounds. This museum is centered on young children more.
This guide to family holidays in Milwaukee is protected by the copyright law. You can re-publish this content with mandatory attribution: direct and active hyperlink to www.orangesmile.com.

♥   Amusement park 'Little Amerricka' Marshall, 94.6 km from the center. On the map

Aquariums in Milwaukee and nearby
♥   Aquarium 'Shedd Aquarium' Chicago, 132.4 km from the center. On the map

Photogallery of best places of Milwaukee

Interesting places to visit with children around Milwaukee

Indianapolis
Among the many entertainment centers here, it is worth highlighting the Woodland Entertainment Center. It offers its visitors entertainment for every taste. Here one can engage in bowling. There is a large hall with dozens of slot machines, as well as a cozy cafe with a wide choice of dishes and sweets. The center organizes a lot of interesting entertainment for visitors with ... Open »
Detroit
Detroit has special attractions that can interest even the youngest travelers. A perfect example is the Belle Isle Aquarium - a great zoological center which is not an ordinary aquarium in the literal sense of the word. In it, besides aquariums with fish and other representatives of the underwater world, you can visit the most interesting terrarium, in which live iguanas and ... Open »
Minneapolis
The Bakken Museum is also focused on visitors with children. It is located in an incredibly beautiful building resembling a fortress. In this historical center, children will be able to learn about how electricity is produced and also perform a number of interesting scientific experiments. Excursions are held in the museum for children of all ages. Even grown-ups will be able ... Open »
Cleveland
In Cleveland, the whole family can pick up entertainment to their liking. A must-see point of the family excursion program should be a visit to the Cleveland Metroparks Zoo. This zoo is impressive not only in scale, but also in its very beautiful design. On its territory grows huge trees, and chic aviaries are equipped for animals. Among the inhabitants of the zoo are lions, ... Open »
Buffalo
There are variety of beautiful parks and entertainment centers in Buffalo, which will be interesting for the whole family to visit. It is best to start the excursion program with a visit to the Buffalo Zoo. It occupies a relatively small area, but has a competent planning and beautiful design. In this zoo, there is an interesting aviary with lynxes and polar bears. Here, one ... Open »

Guide to sightseeing and entertainment for children in Milwaukee - parks, attractions, museums, zoos, water-parks. All fascinating and educational sites of Milwaukee, which are must visit and see for your child. Find out the best discovery routes and places for kids (local theaters, exhibitions and museums), where you can spend quality time together. Milwaukee for families with children.