Preparing your trip to Salt Lake City: advices & hints - things to do and to obey 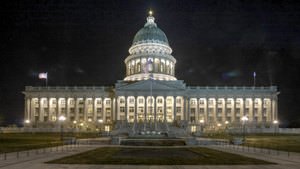 1. Going on a trip don’t forget to take an English phrasebook, it will help to find common ground with locals. Typically, in large hotels, restaurants and shopping malls staff is fluent in foreign languages.
2. The system of cashless payment is widespread. Shops accept virtually all types of international cards, including Master Card, VISA and American Express. Cash will be useful to those who plan to attend small street restaurants and shops away from the city center.
3. You should only pay with the national currency, any other won’t be accepted. It isn’t recommended to pay for purchases with large denomination bills, because in small shops where you can not verify their authenticity the money won’t be accepted.
4. Banks and other government agencies serve customers from 9:00 am to 3:00 pm. Longest working hours in a number of government agencies will be on Friday, when customers can be served up to 6:00-7:00pm .
5. It is convenient to travel around the city on buses cruising streets from the early morning. Fee should be given to the driver; reserve a sufficient number of coins of small denomination in advance, since here it isn’t accepted to ask for a change. Copyright www.orangesmile.com
6. At any time, vacationers can take a taxi. It is recommended to call it by phone. Also, a car can be picked on the parking place; as a rule, such places are located close to major entertainment and shopping centers. You can hail a taxi on the street, but this method is not the most effective.
7. To rent a car you will need to have a driver's license. Usually rent payment is made by credit card. Only people over 21 years can rent a car; in some companies the minimum age is 25 years.
Your active city break in Salt Lake City. Attractions, recreation and entertainment - best places to spend your day and night here
Salt Lake City is a favorite spot among the fans of skiing; the surrounding area is equipped with eight high-class sporting venues. The city is interesting for travelers not only in winter; …

Open
8. Mains voltage is 110 V; in all hotels American-style socket is mounted. Gadgets may require special adapters and connectors, so travelers are advised to purchase them at home before the trip.
9. In restaurants it’s customary to leave a tip; 10-15% of the total order will be enough. A similar cash reward is given to taxi drivers; common tip for hotel staff is 0.5-1 USD.

Preparing your trip to Salt Lake City: advices & hints - things to do and to obey You can re-publish this content with mandatory attribution: direct and active hyperlink to www.orangesmile.com.
Salt Lake City - guide chapters 1 2 3 4 5 6

What to visit being in Salt Lake City - unique sights 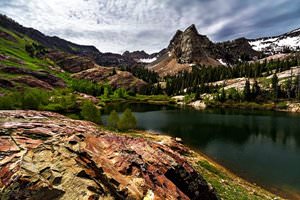 Distance from Salt Lake City center - 23.4 km.
One of the main values ​​hidden in the vault is a microfilm library, which has 40000 film rolls. For more than a decade Mormon representatives have been engaged in the digitization of priceless materials. According to unconfirmed reports, it is also known about the existence of a second storage facility, which is located three kilometers away from the Granite Mountain. Access to the vault is open only to elected representatives of the church, ordinary people can only admire the panoramic view of the Granite Mountain from afar and wonder what artifacts are hidden in its caves. … Read further 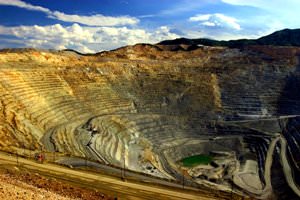 Distance from Salt Lake City center - 34.6 km.
About 1400 people are involved in mine development nowadays. 450000 tons of valuable species are extracted from the mine daily. The size of the pit has increasingly become the base of the controversy between large mining companies and environmental organizations. The attempts to close the mine have not been brought to a successful conclusion yet, although thousands of experts from all over the world consider it dangerous. … Read further

Tips for the cities around Salt Lake City

Utah
3. The region is characterized by an arid climate; much of the precipitation falls in winter. In summer, temperatures can warm up to +38C, so that’s not the best time for a trip, if you plan to devote a lot of time to pedestrian walks and excursions. 4. Tourists who are going visit Utah in winter have to be prepared for heavy snowfall. It’s snowy absolutely everywhere, ... Open »
Nevada
3. Holidaymakers can travel around the state and its environs by trains and buses. Many tourists prefer an active vacation and, thus, rent a car; it is an ideal vehicle for a large company and travelers with children. 4. Nevada is characterized by rather large temperature gradients, the closer to the wilderness an area is, the more common they are. Summer is always very hot; ... Open »
Colorado
3. In Colorado, as well as in other states of the country, high tips are common. Going to a restaurant, you should probably be prepared to pay the waiter 18-20% of the total order; smaller tip is simply considered indecent. 4. Taking into account the law banning smoking in public places, travelers have to pay special attention. Smoking is allowed only in designated smoking ... Open »
Las Vegas
3. Many luxurious restaurants have a dress code - only guests in suits and evening dresses are allowed to enter. You should also think about ordering a table in advance. 4. Those, who want to save on accommodations, should consider booking a room in a hotel located in Fremont Street. Prices in local hotels are really below average. 5. Tourists, who always want to be in ... Open »
Arizona
3. Mains voltage is 110 V, so some appliances may require special adapters. It’s recommended to search for them even before you go to avoid wasting precious time looking for specialty stores. 4. Indigenous people can communicate not only in English, but also in Spanish; many locals know it. Employees of hotels and large restaurants often speak other foreign languages too. ... Open »
Santa Fe
3. Young people looking for visiting of local bars and restaurants should take care of documents of identification as there are acting age restrictions for selling of alcohol drinks and spirits. The rule touches upon local stores selling alcohol as well. On Sundays the stores are commonly closed. 4. Local restaurants and cafes welcome tips an amount of which will totally ... Open »

Travelling to Salt Lake City - advices and tips. What should be provisioned in advance, the rules you might want to follow, and the things you better avoid doing in Salt Lake City. We help you to make your trip smooth and easy, with no unexpected surprises.