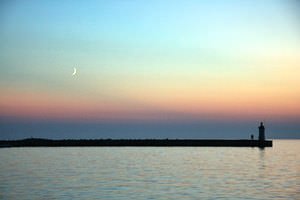 Porec is the most popular touristic city of the country, it draws with its hospitable atmosphere, beautiful culture and number of sights. It is better to start an acquaintance with the city walking along the historical district, exactly here there is the primary part of priceless monuments of the past. The majority of local buildings were constructed over debris of ancient Roman cities.
Your active city break in Porec. Attractions, recreation and entertainment - best places to spend your day and night here
Porec can’t stop to attract lovers of beach and ecological tourism. It is popular resort with excellent nature and well-developed infrastructure. Total extension of beaches is about 65 …

Open
Center of historical district is beautiful Marafor Square, near it there are debris of ancient Roman forum. One of the main city’s symbols is Eufrazijeva Bazilika. It is beautiful monument of Byzantine Empire time which is the sight of worldwide importance. Unique medieval buildings are kept in Porec, among them there are three towers – Pentagonal, Semicircular and Round. They were built in the first half of 15th century, every tower is noted for originality of architectural forms.
There are three important religious objects near the square you’ve just read above. The most captivating is Neptune’s temple, near it there is Mars’ temple. Big temple is incredibly beautiful building, it is noted for perfect internal decorations and original front design. In scientists’ opinion Mars’ and Neptune’s temple were built in first century b.c. In spite of the fact that now we can see only debris of these buildings, these places are quite popular among visitors. Curious travelers need to see the exhibit collection which is kept in Porec’s museum. Its exposition involves unique archeological finds and Roman scriptures, old ceramic crafts and beautiful statues of the early Middle Ages. Copyright www.orangesmile.com
Advices to travellers: what you should know while being in Porec
1. The most optimal type of public transport is road-train, which plies along seaside since 9 o’clock in the morning until 10 o’clock in the evening. Also water taxi is popular …

Open
Trips to Saint Nicola’s island are very popular. On its territory there is beautiful Toscana tower, which was built at the beginning of 19th century. At the present time this is the luxurious hotel. There is another important trip object in the island – age-old lighthouse, whose age is older than 6 hundred years. During walking along old city’s streets resting people can see a lot of monuments of Roman period, incredibly beautiful castles and parks. Porec is a perfect place for lovers of trips and walking.

In the section below, you can get one of our excursion, activities or city discovery tours over Porec and surroundings. Our website offers 10-30% lower ticket prices, when compared to the offline purchase on the spot.

City tours, excursions and tickets in Porec and surroundings

This guide to cultural sights Porec is protected by the copyright law. You can re-publish this content with mandatory attribution: direct and active hyperlink to www.orangesmile.com.
Porec - guide chapters 1 2 3 4 5 6 7
Reference information
Map of all palaces

Public palaces near Porec
♥   Palace 'Miramare Castle' Trieste, 53.8 km from the center. On the map

♥   Basilica di S. Ambrogio, Monfalcone, 65 km from the center. On the map

Photogallery of cultural heritage of Porec

Excursions over cultural sights of neighbours of Porec

Rovinj
The old house once belonged to a local forest-guard, is now renovated and its décor of previous years is completely renewed. Beautiful antique furniture, unusual household stuff and original jewelries are presented in the museum’s manifold collection. The museum is embraced with a marvelous forest, so after the exhibition exploration tourists can enjoy hiking in a serene ... Open »
Istria
Rovinj is not only one of the most attractive cities in the region, but also the most romantic city in the country. Its inherent charm perfectly complements unique monuments of the past; tourists are fond of exploring them. Among city’s most striking sights the impressive building of the City Hall, a beautiful chapel of the Holy Trinity and the Church of St. Euphemia, as ... Open »
Trieste
Not far from the castle there is the Victory lighthouse, the creation of world-renowned architect Arduino Berlam. This historic monument was built in memory of victims of First World War. Now it retains its navigation functions. In the center of Trieste there is one of the most important landmarks, Duomi di San Giusto. This religious building is about seven hundred years old. ... Open »
Opatija
The city of Opatija offers several exhibition centers and galleries to visit. The Juraj Matija Sporer center holds interesting cultural events on regular basis. Several times per month the center presents exhibitions of contemporary painters and sculptors. The Juraj Matija Sporer has turned to an established place of holding of global events. Opatija is a perfect destination ... Open »
Cres
A Church of Saint Anthony is located in Lubenice. It was built in the 15th century and its construction deserves your attention. However, if you are not interested in medieval history, you should definitely visit the village. It was built more than 5 centuries ago. Its population is about 20 people and you can easily enjoy the atmosphere of this ancient and almost empty ... Open »
Krk
Fans of excursions should definitely look in the picturesque town of Punat, which continues to be a major industrial center. It produces excellent olive oil; the town has an old mill and several very attractive shops. The islet of Kosljun, which is in close proximity to the Krk, there is the Franciscan monastery and a very interesting museum that introduces the rich and ... Open »

Culture guide to Porec. Which fascinating sights to visit once you are in Porec: temples, churches, museums, theaters and castles. Recommendations (with addresses, phone numbers and links) on the places 'must visit' in Porec. Plan your own city excursion by using this page info!