Preparing your trip to New Delhi: advices & hints - things to do and to obey 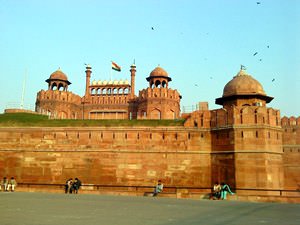 1. The hottest season of the year in New Delhi lasts from the beginning of April till the end of October, and the most rainy months of the year are considered to be July and August. During this “wet” period a touring program can be interrupted with unfavorable weather conditions. That’s why tourists, who opt for lots of excursions and tours, should choose another period of time for visiting New Delhi. The most favorable season for visiting this tourist destination lasts from February till April.
2. One of the cheapest and optimum means of public transportation is underground. On buying a ticket one should keep in mind that the ticket is valid only within one station that is why there is no need to buy few tickets in advance.
3. Prudent tourists should get a special tourist card which gives a right for a day or three of free using of underground. A cost of such a card is 100 and 250 rupiah correspondingly.
4. The best alternative to underground is a bus however cruising the city by bus is not as comfortable as by underground. As a rule buses run at 20 minute intervals. One of the main disadvantages of the traveling by bus is lack of signs enumerating bus routes passing there on bus stops.
5. Bargaining is welcome on local markets and in street stalls as in most cases this lets to reduce a price for desired goods by several times. Many sellers reckon upon the unawareness of travelers and can skyrocket the prices. Copyright www.orangesmile.com
6. This fact considers local taxi services as well that is why tourists should specify and compare the rates for a trip and try to negotiate the cost. If a driver is obviously skyrocketing the cost of a trip and denies any bargaining tourists should look for another taxi car as they can be sure that it will not take more than five minutes.
7. City guests should be ultimately cautious with choosing local cuisine treats. One should not eat too much of treats sold in the streets as these can be bought only in checked and proven street stalls. One can easily distinguish popular stalls from those serving low quality dishes as the latter rarely have long queues near them.
Cuisine of New Delhi for gourmet with top restaurants and cafe
One of the main merits of the crowded and buzzing city of New Delhi is a rich choice of restaurants and bars. Visiting of the brightest gastronomy destinations to learn major culinary …

Open
8. In New Delhi a cash reward is expected for almost any service, assistance and smallest help provided. Tips of 3 – 5 rupiah will be quite enough for a waiter, a hair dresser and a taxi driver as well as for a stranger in the street showing a way to a landmark.
9. Tourists should avoid obsessive help and assistance offered by local people. Any offer to guide to a popular market place or a spot of tourist interest should better be denied.

Preparing your trip to New Delhi: advices & hints - things to do and to obey You can re-publish this content with mandatory attribution: direct and active hyperlink to www.orangesmile.com.
New Delhi - guide chapters 1 2 3 4 5 6 7 8 9 10 11

What to visit being in New Delhi - unique sights 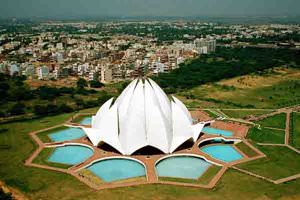 Distance from New Delhi center - 9.7 km.
The central hall of the temple is round. Its diameter is 75 meters. There are 1 300 people in the hall whose ceiling height is 31 meters. Inside the temple there are no paintings and frescoes. In the opinion of the creators, no superfluous ornaments should distract the faithful from prayers. Every day thousands of people visit the temple. On the important Buddhist holidays, the number of visitors can form 150,000 people per day. Since the opening and the present, more than 50 million people from all over the world have visited the Lotus Temple. … Read further 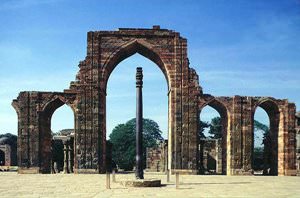 Distance from New Delhi center - 12.8 km.
In contrast to many mysterious buildings in the world, the history of the Iron Column of Delhi is well known. It was erected 415 years in honor of the two-year-old ruler Chandragupta II, and was part of the temple complex. In 1050 the column was moved to the other part of Delhi by order of the ruler Anang Pol, where they can be seen today. In the 5th century, iron was considered to be one of the most important attributes of the rich and flourishing state, so it is no wonder that this material was used for pillar building. For many years the scholars have been trying to guess some secrets of the Delhis column. The hypotheses, however, only arouse new questions. According to one of the versions, the column was forged from special pure iron. Where was this material won, but remains unclear. … Read further

Tips for the cities around New Delhi

Islamabad
2. Try to escape very crowded places. As it was mentioned above, Islamabad is a relatively safe city compared to other cities in Pakistan. However, safety should always be the number one priority. 3. As Pakistan is a Muslim country (this is even written in the country’s constitution), it is better to refrain from drinking alcohol during Islamic holidays. Don’t ... Open »
Karachi
2. Always have an identity document and a visa with you. In Pakistan, there are quite many patrols that can ask you to show your documents. Travelers do not need to be scared of them – these patrols are quite loyal to tourists. 3. It is better to keep a distance from crowds of people, all kinds of strikes and meetings. Otherwise, you may be mistaken for a member of some ... Open »
Bombay
2. Travelers looking for exploration of local natural attractions should give preference to guided tours. During a tour through a park one must not touch any strange plant. 3. Travelers should keep in mind that Mumbai sun is rather hot and cruel. Even if the open air leisure and recreation is not of prime interest for tourists, they should better be backed up with ... Open »
Goa
2. Local beaches can’t boast with calm sea, as there are often quite high waves. That’s why it is recommended to go to the beach with young children before 10 am, when the sea is quiet. Those who are fond of beach accessories are recommended to choose the simplest outfit, as there is a major risk to lose an ornament because of strong waves. 3. The high tourist season in ... Open »
Almaty
2. You can talk on absolutely any subject with the citizens as they are very respectful of the opinions of others. You should not talk about work only with your business partners – such communicator may be considered very boring. 3. Local residents are not distinguished by punctuality, so all sorts of delays have already become a habit. 4. During a feast you ... Open »
Bangalore
2. The best way to exchange currency is in special exchange offices or banks. While exchanging currency, you should take into consideration not only current exchange rate, but also the amount of the commission charged. 3. Import and export of the local currency is strictly prohibited. You should also not forget to declare cash if the sum of money you have exceeds 10,000 ... Open »

Travelling to New Delhi - advices and tips. What should be provisioned in advance, the rules you might want to follow, and the things you better avoid doing in New Delhi. We help you to make your trip smooth and easy, with no unexpected surprises.