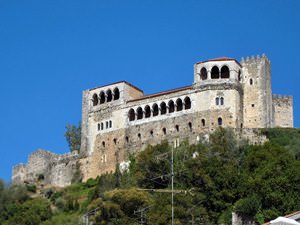 Leiria boasts amazing historic attractions, which can make your vacation even more exciting. On the hilltop, you will find the city's main historical symbol - the wonderful castle Castelo de Leiria, which was built in the 12th century by order of the first king of Portugal. This castle has been rebuilt and expanded over the centuries. Now it is striking in its scale and impregnable appearance. A beautiful 15th-century residence where the Pope once lived has been preserved on its grounds.
Shopping in Leiria - main shopping streets, outlets and boutiques
In Leiria, you can visit lots of interesting stores and souvenir shops. One of the best shoe stores in town is Calzados. It sells shoes for both men and women, this store won recognition of …

Open
Since the buildings that can be seen on the territory of the castle were erected at different times, there are monuments of various architectural styles among them. The castle has preserved a small temple and various outbuildings, and its spacious terraces offer picturesque views of the city. For many years, the old castle has been a permanent venue for beautiful historical festivals and holidays. Many visit the castle in the evening when its adjacent territory is decorated with artistic illumination.
The ancient Cathedral of Leiria, which is currently one of the city's oldest buildings, has been preserved in the central district of Leiria. The construction of this cathedral by order of King Juan III began in 1546 and took almost 30 years. In 1755, the cathedral was badly damaged by the earthquake, after which it was completely reconstructed. It has remained virtually unchanged since then, its facade is now decorated with slender columns and mosaic windows. Unique elements of decoration created in the 18th century were also preserved inside the temple. The cathedral's interior is made in the best traditions of the Renaissance style. Two ancient organs have been preserved within its walls, and part of the temple is presently occupied by the small historical museum Museu de Leiria. Copyright www.orangesmile.com
Guide to Leiria sightseeing - things to see and to visit
Leiria is a city in Portugal that is known as the center of the same named municipality. The town is located 119 kilometers north from Lisbon, the capital of the country. The population of …

Open
At the foot of the castle hill is another picturesque shrine - the Church of San Pedro. It was built in the 12th century, almost simultaneously with the castle. The religious building has been preserved to this only partially. The old temple's Romanesque-style portal has survived among other elements. Although the historic church is no longer operational, it is still a revered site for local residents. 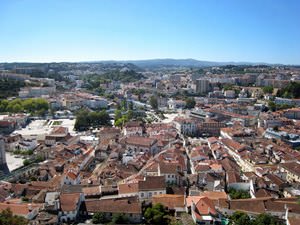 There are quite a few sights within the tiny city, but in its vicinity, there is a really wide selection of architectural monuments and cultural centers. Four kilometers away from the city is the ancient monastery of Santa Maria da Vitória na Batalha built in the Manuelino style typical of Portugal. The construction of the monastery began in 1385 after John I of Portugal won a very important battle. The monastery was fully completed only in 1517. By that time, there were already tombs of six Portuguese monarchs on its territory.
Family holidays with kids in Leiria. How to entertain your child, things to show to children.
Leiria is a wonderful city for a family vacation. Here, entertainment available to visitors includes but not limited to various entertainment centers that each family member will certainly …

Open
Like many other historical buildings in the region, the monastery was badly damaged by the earthquake in the mid-18th century. It was successfully rebuilt but looted and destroyed again during the Napoleonic wars. The next reconstruction of the monastery began only in the middle of the 19th century. The monastery was completely restored by 1907. 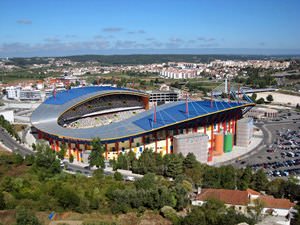 The building was built in accordance with the original historical appearance to the greatest extent possible. Today, it is decorated with many graceful turrets, as well as high windows and artistic arches. After the reconstruction was completed, the National Museum of Portugal was opened in the old building. Today, the monastery with valuable exhibits stored within its halls is recognized as a site of world significance. Here you can see collections of historical documents and manuscripts, old traditional costumes and handicrafts.
Cuisine of Leiria for gourmet with top restaurants and cafe
In Leiria restaurants, travelers will be offered a variety of fish, meat and vegetable dishes, as well as sweets popular in the region. Even though the city is far from the coast, here they …

Open
From the city, you can easily reach the ancient castle Porto-de-Mos, a 13th-century architectural monument that was built as a fortification palace. Until the first half of the 18th century, it has avoided major destruction and remained almost unchanged. During the earthquake, part of the buildings collapsed and never been restored. The old castle is currently privately owned but still open for tours. Everyone can rent it to hold any kind of celebration. 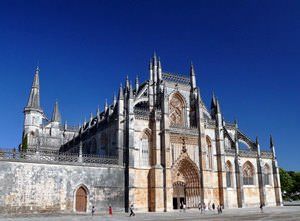 In the section below, you can get one of our excursion, activities or city discovery tours over Leiria and surroundings. Our website offers 10-30% lower ticket prices, when compared to the offline purchase on the spot.

This guide to cultural sights Leiria is protected by the copyright law. You can re-publish this content with mandatory attribution: direct and active hyperlink to www.orangesmile.com.
Leiria - guide chapters 1 2 3 4 5 6 7 8 9
Reference information
Map of all palaces

Public palaces near Leiria
♥   Palace 'Palácio dos Figueiredos' , 47.8 km from the center. On the map

Cathedrals and basilicas near Leiria
♥   Mosteiro de Santa Maria de Alcobaça, Alcobaça, 27.2 km from the center. On the map

Photogallery of cultural heritage of Leiria

Excursions over cultural sights of neighbours of Leiria

Aveiro
Several more wonderful historic churches have been preserved in the city. One of the most beautiful is the Igreja da Misericórdia de Aveiro. It is located in the very heart of the city, near the old Town Hall building. This church managed to retain its original decoration. Its facade is finished with traditional blue azulejos tiles. The main decoration of the facade is the ... Open »
Cascais
The center of the city is the beginning of several picturesque streets, each of which is also full of interesting sights. Numerous villas, which can be found next to each beach, belong to the architectural monuments of the later period. The design of some of them resembles real palaces, surrounded by rich greenery. Many historic buildings are located near the center of the ... Open »
Porto
Art lovers should not forget to visit Soares dos Reis Museum, which exhibits a collection of works by contemporary sculptors and painters. You can learn a lot about the culture and history of the city in Museum of Ethnography. The suburban areas of Porto are also home to several attractions. The village of Vila Nova de Gaia is the location of Museum of Port. The museum has old ... Open »
Guimaraes
One of the most remarkable landmarks in the historic district is the Church of Nossa Senhora da Oliveira. Some of its premises have been converted into a museum. The beautiful halls keep collections of church relics and historical artifacts, which would be of interest to any traveler. One more noteworthy site is the Old Town Hall - a beautiful, elegant building that has been ... Open »
Braga
A part of the palace’s premises is occupied by the oldest library in Braga. It stores ancient manuscripts, many of which are important historical documents, and approximately three hundred thousand books. The age of many books is more than one hundred years. Of course, these are not all places of interest that are recommended for visiting. Among newer religious monuments ... Open »
Merida
The Arch of Trajan, a large stone gate that served as the main entrance to the city thousands of years ago, has also been preserved in Merida's historic district. In ancient times, the 15-meter-high arch was built from massive granite blocks. The exact date of its construction remains unknown. Today, the stone gate is part of one of the historic streets and is surrounded by ... Open »

Culture guide to Leiria. Which fascinating sights to visit once you are in Leiria: temples, churches, museums, theaters and castles. Recommendations (with addresses, phone numbers and links) on the places 'must visit' in Leiria. Plan your own city excursion by using this page info!