Preparing your trip to Istanbul: advices & hints - things to do and to obey 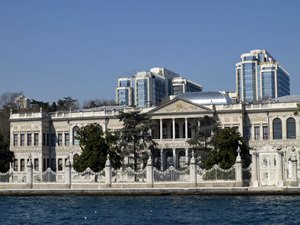 1. Before photographing local people, you should definitely ask them for permission. Remember you cannot make shots of women dressed in black capes.
2. When you enter a home or a mosque, you should definitely take your shoes off. You should be very careful while selecting clothes before visiting religious sites of Istanbul. Short skirts, shorts and open tops are not suitable for observations of the city.
3. You can drink alcohol in specially designated areas only.
4. Tips in local cafes and restaurants make up about 10% of the total amount of the order. Leaving tips in taxi is not common.
5. Don’t forget to bargain on markets and bazaars - sometimes sellers increase the price several times, counting on the ignorance of tourists. Copyright www.orangesmile.com
6. Do not drink tap water. It is not dangerous to health, but contains a lot of chlorine.
7. Buses are the best way to move on the city. This is also the most economical form of transport. As a rule, the fare is increased at night.
Legends - famous hotels of Istanbul
Eurostars Hotel Old City remains one of the leading hotels in Istanbul. The hotel is full of national charm and hospitality. Eurostars Hotel Old City has won love and dedication of thousands …

Open
8. Buses and taxis (dolmush) ride in the city from 6:00 am until late evening (23:00 - 24:00). When you plan a ride to the city’s suburbs, you should remember that public transport can stop its rides a bit earlier (20:00 - 21:00).
9. Shopping malls are the best place to acquire expensive products. Not all products you see on open markets are of a high quality. It should be noted that the prices for clothing and jewelry in malls and markets do not differ significantly.
10. During some religious holidays restaurants and cafes of the city can stop selling alcoholic beverages. Going to a dinner at some restaurant, you should definitely ask about the availability of a wine list.

What to visit being in Istanbul - unique sights 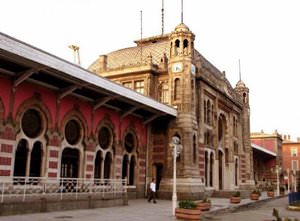 Distance from Istanbul center - 1.1 km.
Earlier at this place were placed marvellous Ottoman villas and ancient fortress walls. All this was demolished before the building of the railway station. The scientists found this district very significant from the archaeological point. Under the station may be placed ancient ruins of the Constantinople. Sirkeci Gari Station is attractive not only for admirers of ancient architecture but also for gourmands. In the clock tower, the luxurious restaurant "Orient express" has been adoring people with its marvellous dishes and atmosphere for a number of years. … Read further 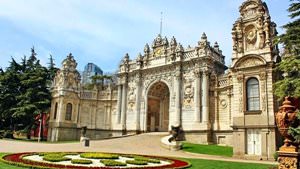 Distance from Istanbul center - 1.1 km.
Nowadays the wonderful Baroque palace is used as a museum. Visitors can see there a lot of marvellous elements of decoration and old pieces of art. Dolmabahce Palace is a very popular sightseeing in Istanbul. Tourists like to take a lot of pictures of it, not only from the ground but also from the water during a boat trip. Since 2007, this palace is an official residence of the Turkish prime minister. That’s why a great part of rooms is closed for tourists. Near the Dolmabahce Palace, you can find the so-named mosque, which is also very interesting to visit. … Read further

Distance from Istanbul center - 1.6 km.
You can walk around the museum both independently and accompanied by a guide, all its exhibits are supplemented with detailed explanatory signs. Some of the exhibits, presented in the museum, are very unusual, here you can see huge stone columns, and slabs, which are carved with a variety of historical subjects. The collection of ceramics is a collection of great interest, as well as the collection of old books collected in the museum. This museum will be interesting to visit even with children. The whole point is that during the tour with the help of a projector interesting themed cartoons are being shown. … Read further

Tips for the cities around Istanbul

Burgas
2. Tourists should stock up on the national currency when they plan to visit local shops or markets. Even US dollars may be not accepted in local shops and shopping centers. Even if some store accepts foreign currency, they will surely apply an unfavorable rate. 3. Don’t forget to bargain on markets as it is possible to reduce the price greatly. Fans of shopping should ... Open »
Nessebar
2. Banks and other governmental institutions start working from 8:30 and serve customers till 15:00 – 16:00. The premises of all bank departments and large shopping centers are equipped with cash machines operating 24/7. Before any cash withdrawal one should specify the fee charged for any withdrawal as some ATM features rather high fees. 3. The best season for visiting ... Open »
Sunny Beach
2. Fans of beach vacations are recommended to visit the resort in summer or at the beginning of September. The fact is that in July and August in case of the warm weather the coast is always full of jellyfish, which make staying on the beach pretty uncomfortable. 3. Holiday-makers should take into account that the whole beach area is divided into two areas, paid and free ... Open »
Varna
2. Make sure you have enough of the national currency when you plan to visit local markets and shops. You can often pay by euros and U.S. dollars, but they are usually accepted at very disadvantageous rates. 3. Currency may be exchanged in banks and specialized exchange offices. Extra attention should be paid to the amount of commission charged. As a rule, the smaller the ... Open »
Golden Sands
2. Tourists who plan to travel across the territory of the country and visit neighboring towns are recommended to use rail transport. This is the fastest and most convenient way to get to suburban areas of Golden Sands. When buying tickets, tourists are recommended to purchase two-way tickets. In this case their savings can estimate up to 30% of the total cost. 3. Smoking ... Open »
Mitilini
2. Travelers who are going to rent a car should remember that there are often traffic jams in city streets. It is better to travel to other cities and nearby districts by car. 3. In the surroundings of the city, there is a big international airport. It accommodates more flights from European cities in summer. From the airport, you can reach Mitilini by bus. 4. ... Open »

Travelling to Istanbul - advices and tips. What should be provisioned in advance, the rules you might want to follow, and the things you better avoid doing in Istanbul. We help you to make your trip smooth and easy, with no unexpected surprises.