Sightseeing in Konya - what to see. Complete travel guide 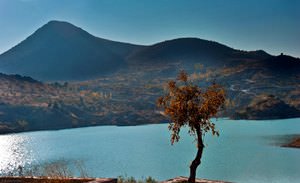 Konya is one of the oldest towns in the world. Here you can see ancient monuments and architectural sights that are kept in a great state, visit best eastern markets, see wonderful temples and mosques.
Shopping in Konya - main shopping streets, outlets and boutiques
In Konya, shopping fans can visit first-class malls and markets, the historic city is famous for the variety of its unique products. One of the largest and most modern centers is Kent Plaza. …

Open
Since ancient times local people have been respecting the traditions of their predecessors, so this place can be distinguished by unique mild atmosphere that covers guests of Konya with warmth and coziness. According to a legend, Konya was the first town the building of which has started right after the Flood. This happened in the 8th century BC. The name of this place is connected with another legend. According to it a courageous warrior Perseus killed the dragon that had lived on the land at that time. This way the hero freed the way to first inhabitants of Konya. The people made a huge obelisk of Perseus to thank him for his help. At that time such huge monuments were called eikon, so initially the city was called Iconium. However, through years the name’s pronunciation has changed, transforming into Konya.
The city has been always considered the center of religion and culture. Here lived famous masters who worked with stone and wood. Konya was also the place where were created best hand-made carpets in Turkey. Each year here takes place a carpet exhibition. This is another proof of careful keeping of ancient conventions. Konya has also been chosen the place of conducting of Violent Whirling Dervishes Festival devoted to the memory of the ancient religious order. During several days the town is filled with magnetic music and its inhabitants dance and sing. This grandiose event attracts numerous visitors year after year. Copyright www.orangesmile.com
Family holidays with kids in Konya. How to entertain your child, things to show to children.
Konya is a great place to relax with children. The city has a lot of unique attractions and entertainment. A great place to relax in the fresh air will be Alaeddin Hill Park. It is located …

Open
The suburbs of this place are no less interesting. You can make an excursion to one of the oldest villages that is called Çatal Hüyük. The locals consider this settlement a place of power. The suburbs of the village are full of nature reserves, the walk of which will leave simply unforgettable memories. Picturesque grottos, noisy waterfalls and birds singing – this is a true piece of paradise. 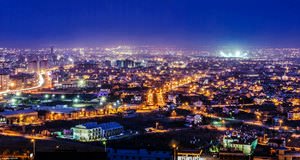 The beautiful Mevlana Monastery is one of the most important religious site in the city. It is considered the center of Sufi culture. In recent years, it has become a popular tourist destination. The monastery regularly conducts religious rituals, concluding in so-called dance meditation. Absolutely everyone can observe these beautiful religious activities.
Cuisine of Konya for gourmet with top restaurants and cafe
Local restaurants will variegate your vacations; restaurants of local cuisine are highly in demand among guests of Konya. Not far from the Mevlana garden there is a Turkish restaurant …

Open
An equally majestic religious structure is the Selimiye Mosque, which was built in the second half of the 16th century. The architectural plan of this mosque was designed by the famous architect Sinan. The complex was built from a reliable hewn stone. After many years, the beautiful mosque with tall towers and beautiful arches has not changed its appearance. It is still in effect now. 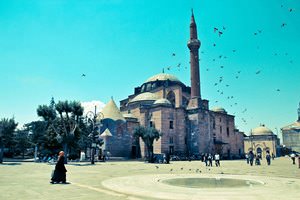 In the vicinity of Konya, there are many interesting natural attractions, among which the beautiful Lake Tuz. Its main feature is the high concentration of salt in its water. During the summer, due to increased evaporation pond surface is veiled with thick crust of salt. Therefore, you can literally walk on the lake. The thickness of the salt crust in some places reaches 50 centimeters. In the warm season, the lake resembles a huge ice rink.
Authentic traditions, festivals and lifestyle of Konya inhabitants
Every year, Konya hosts the Whirling Dervishes Festival, thanks to which the small Turkish town became famous all over the world. Konya is the oldest religious center of the country where …

Open
Those who have long dreamed of taking a walk in interesting archaeological areas should go to the District of ​​Chatal-Huyuk. Once upon a time, there was a large city on this site, with which researchers now link a lot of incredible facts. Numerous excavations testify to the fact that during the city's existence, not one of its residents died a violent death. Now in the archaeological area, you can see fragments of ancient buildings. On the walls of some of them, fragments of painting have been preserved. 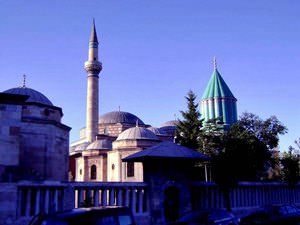 Interesting cultural events are regularly held at the exhibition center Tuyap Konya. Visiting it, you can witness interesting presentations, exhibitions, seminars and even fairs of the national economy often held here. The area of ​​this exhibition complex is 86,000 square meters; it has rooms for various events. The entrance to some events is absolutely free, which will certainly please economical tourists. Konya lives a rich cultural life.

This guide to iconic landmarks and sights of Konya is protected by the copyright law. You can re-publish this content with mandatory attribution: direct and active hyperlink to www.orangesmile.com.
Konya - guide chapters 1 2 3 4 5 6 7 8 9

City tours, excursions and tickets in Konya and surroundings

Art galleries in Konya and around
♥   Art museum 'Ince Minaret Medrese' Konya, 0.5 km from the center. On the map

Sights around Konya from our guide 'Extreme places on Earth' 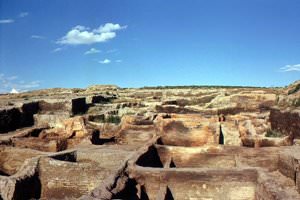 Distance from Konya center - 37 km.
The main task of researchers is to dig up old one-story houses today. They were built of mud bricks. The pace of archaeological work is low, even though some of the best archaeologists in the world work in the archaeological area. They dig up no more than two buildings a year. One of the main mysteries of the ancient city continues to be special houses, decorated richer than others. Researchers have considered such houses sanctuaries for many years. But it became clear that they were not much different from traditional residential buildings. Archaeologists discover unique frescoes in such houses. … Read further 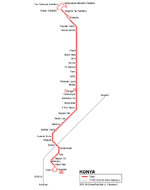 Search touristic sites on the map of Konya

Sightseeing in regions nearby Konya

Manavgat
The north of the city is covered with a pine forest named Sorgun. Together with the water of the delta of the Manavgat River they form an unforgettable landscape named Titreyengol. There is a waterfall in Manavgat in which water that flows down from the mountain slopes has a milky-white color. On both sides of the creek and under the green foliage of the trees are located ... Open »
Side
Side is still surrounded by ancient city walls, however, the main gates have been damaged. All people, who enter Side for the first time, cannot take their eyes off of the main monumental fountain of the city named Nymphaeum. This fountain was built during the times of Emperor Vespasian. The ancient Agora marketplace, which has the shape of a square, is the location of ... Open »
Belek
Belek is definitely the best resort town in Turkey. It has become that popular because of numerous large sand beaches located on its territory. The main sight of the town is the national park Köprülü Kanyon. You will be surprised, but this park occupies 500 hectares. Here you will find amazing eucalyptus and cypress woods and get acquainted with amazing fauna of this region, ... Open »
Antalya
Yivli Minaret remains the symbol of Antalya for several centuries already. The height of this Minaret estimates 38 meters. The Minaret was built in the 13th century. It reminds of a magnificent castle diving in rich greenery and flowers. When it comes to talking about the nature, we must mention Karaalioglu Park, which landscapes remind the stories from Arabian fairy tales. ... Open »
Kemer
Making a safari on jeeps remains one of the most favorite entertainments among tourists. As a rule excursion routes are set up on a mountain region, so you can enjoy the beauty of the nature, see wonderful mountain rivers and enjoy magnificent landscapes that are opened from wonderful mountain peaks. There are many museums and shopping outlets in local mountain settlements. ... Open »
Goreme
Several years later, when the churches were finished, all of them were decorated with frescos. This event gave birth to a new trend in architecture known as the Cappadocian style. During its long history, this Turkish town changed its name several times. It was Machan during the Ottoman period, then Avcilar, and only in the 70s of the 20th century the town finally changed its ... Open »

All about Konya, Turkey - sightseeings, attractions, touristic spots, architecture, history, culture and cuisine. Prepare your trip together with OrangeSmile.com - find out the 'must see' things in Konya, which places to visit, which excursions to take, where the breathtaking views are waiting for you. Planning your trip with this travel guide will help your to get the most out of Konya in few days.