Sightseeing in Gaziantep - what to see. Complete travel guide 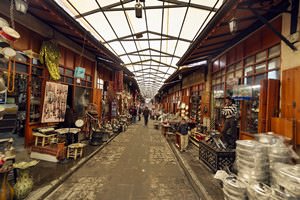 In the south-east of Turkey, tourists can visit a charming and old city, Gaziantep. Nowadays, this is a large cultural, economic, and industrial city in the country. Moreover, Gaziantep is one of the oldest continuously inhabited cities in the world. Because of this reason, tourists can find many precious landmarks of great historical value here. There are attractions that belong to different epochs. Do you want to spend a vacation that is both exciting and educative? In this case, Gaziantep is the most suitable destination for this purpose.
The history of the city started many years ago, yet during the ancient time. According to archaeological excavations, first settlers in this area appeared yet at the beginning of the fourth millennia BC. Two millennia later, the Hellenic tribes founded a new settlement here and called it Antiochia. As the city was not far from the border with Syria, Antiochia became an important strategic object during the Byzantine epoch. Soon, a fortress was built in the city in order to protect the region from invaders. However, this was not enough to repel attacks of barbaric tribes, and so Antiochia got a new owner. Ottomans managed to return the city only in the 16th century.
Ottomans gave a new name to the city – Aintap which means “a good spring” in Arabian. The city had this name for many years until it transformed into Antep. The 19th century was the hardest in the history of Gaziantep. In the 30s of the 19th century, the Egyptian army almost completely destroyed the city. Gaziantep managed to gain independence only in the 20s of the previous century. The city’s residents were fighting for their freedom so proudly that the settlement got an honorable prefix – “Gazi” – when the battle was finally over. This prefix means “veteran” in the local dialect. This is how Gaziantep got the name that we know now. Copyright www.orangesmile.com
The city is famous for its unique museum – a historic place that is so big and diverse that one can discover something new each time he/she visits this venue. When taking a stroll in the streets of the Old Town, you will learn more about the typical traditions of this Islamic settlement. Take a look at the local citadel of Ravanda that was built by the Byzantine yet in the 6th century. Earlier, there was a Bronze Age fortification on the site of the citadel. 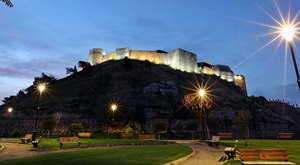 Not far from the citadel, tourists can find another attraction – an old mosque, the building of which started in the 13th century and ended in the 14th century. The minaret of this Muslim shrine is still one of the most prominent landmarks in Gaziantep. Inside the mosque, there is the oldest wooden minbar. If you take a closer look at the minbar, you will notice that its surface is fully covered with verses from the Quran, stars of different shapes, and interesting geometric patterns.
Are you searching or a place where you can spend your free time together with your family members? In this case, it is time to visit the local zoo that is the biggest in Turkey and one of the biggest in Europe. For many years, this zoo has been home to many different species of animals. All of them live in comfortable and spacious cages, so even wild animals have enough space and can live in a cozy setting. Birdcages are gigantic and are several times bigger than “homes” for the same bird species in other zoological parks. 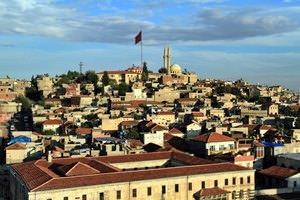 It is very pleasant to explore this “animal kingdom” because the territory has lush vegetation, and its shadowy parkways look so fabulous that it is incredibly exciting to walk on them. If you or your kid like horses, you will be glad to know that there is a riding hall in the zoo. Everyone is welcome to ride a horse of their choice in this hall. If you have never tried horseback riding before, experienced instructors will help you to learn the basics.
Women will find it interesting to visit the museum of culinary – the first venue of this type opened in Gaziantep. The main hall exhibits tableware used for cooking different Turkish dishes that are traditional for this region. Besides that, there is much information about the local delicacies. This museum is a true pride of Gaziantep because Turkish cuisine is very diverse and perfectly combines the best from the Arabian, Kurd, and, of course, Turkish culinary traditions. Visitors can see all stages of turning ingredients into delicacies and learn more about the history of cuisine meanwhile. 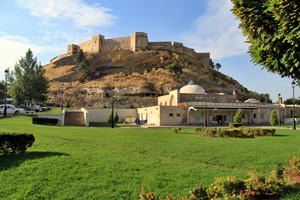 Despite the fact that there is an airport in Gaziantep, which is situated twenty kilometers from the central part of the city, it is not possible to fly directly to this city from many countries in the world. As a rule, tourists need to make one or two changes depending on the city of departure. In order to get to the city center from Gaziantep Airport, you will need to take a bus or use a dolmus, a local type of minibus.
This guide to iconic landmarks and sights of Gaziantep is protected by the copyright law. You can re-publish this content with mandatory attribution: direct and active hyperlink to www.orangesmile.com.

City tours, excursions and tickets in Gaziantep and surroundings

Survived castles around Gaziantep
♥   Castle 'Qal’at Najm' , 97 km from the center. On the map

Sights around Gaziantep from our guide 'Extreme places on Earth' 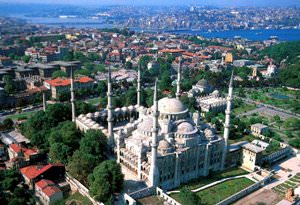 Distance from Gaziantep center - 0.8 km.
For thousands of years, the city's appearance has changed beyond recognition, while the lifestyle of indigenous peoples and national traditions largely remained the same. Like many hundreds of years ago, Gaziantep people grow great pistachios and olives, produce wine and make amazingly beautiful hand woven carpets. Since ancient times, the city is known for its craftsmen, braziers and local cooks that bake the best treat in the world, Turkish pizza called lahmacun. … Read further

Search touristic sites on the map of Gaziantep

Sightseeing in regions nearby Gaziantep

Aleppo
In the 16th century BC, Aleppo became the capital of the Amorite dynasty’s kingdom of Yamhad. At that time, this was the largest and the most powerful kingdom in the Middle East. During the antiquity period, Alexander the Great took over the city, marking the start of a new life for Aleppo. This notable event took place in 333 BC. Muslim leaders took over the city in the ... Open »
Hama
In the middle of the 6th century, Byzantine Emperor Justinian I ordered to build Qasr Ibn Wardan not far from Hama. This was not just a palace but a whole district consisting of several buildings – a palace, basilica, numerous barracks for the emperor’s army, and service buildings. Unfortunately, Qasr Ibn Wardan now mostly lies in ruins. However, even these ruins show how ... Open »
Goreme
A visit to the Uchisar Castle promises to be no less interesting. The castle is built on a rock spur at a height of sixty meters. It doesn’t matter in what part of Cappadocia you are, you will always see this “stone giant”. The castle was built yet during ancient times. As the construction is very durable and solid, the castle was a protective citadel for millennia. ... Open »
Byblos-Jbeil
Byblos-Jbeil or simply Byblos is the largest city in the Mount Lebanon Governorate. It is located forty kilometers from the country’s capital. This is an interesting place that attracts tourists by its unusual atmosphere. When you enter Byblos, it feels like you just made time travel – the city is very old and still has many ancient ruins. Besides this, Byblos is situated ... Open »
Protaras
There are also several interesting sights in Protaras. An old chapel located on a hill is one of them. This place is very popular among honeymooners, and many people order a wedding ceremony in the chapel. You will be able to get acquainted with the inhabitants of the deep sea by visiting the aquarium named "Ocean Aquarium Park". Here you will see hundreds of types of fish, ... Open »
Famagusta
A major port city, this place is known as an international center of commerce and tourism. Famagusta is a city with rich history. First settlers have built homes here already in the prehistoric times. In the 4th century the city was totally destroyed by a disastrous earthquake of the past times. Nowadays only the ruins of Temple of Zeus, the stadium and the ruins of the ... Open »

All about Gaziantep, Turkey - sightseeings, attractions, touristic spots, architecture, history, culture and cuisine. Prepare your trip together with OrangeSmile.com - find out the 'must see' things in Gaziantep, which places to visit, which excursions to take, where the breathtaking views are waiting for you. Planning your trip with this travel guide will help your to get the most out of Gaziantep in few days.