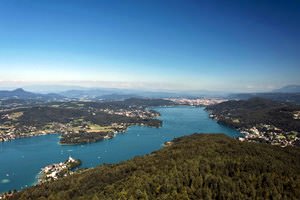 In matters of cooking, the Austrians can't be called conservative people. The local cuisine is a combination of traditional Austrian dishes and novelties from neighboring countries. Initially, it was not aristocratic, but rather peasant. Those are highly valued simple, but still delicious and hearty dishes. Over the centuries, the cuisine of Austria willingly absorbed German, French, Italian, and Slavic recipes. In the end, it turned out that the Austrians themselves proudly called the kitchen of good burghers.
Admire style in every aspect? Selection of the best design hotels in Austria
Fashion is constantly changing; it surprises, amazes, and inspires. Sometimes, it is useful to see something really unique and modern. Thus, it is …
Read further
Tourists can taste Austrian cheese, smoked products, and sausages. In general, sausages are very popular here. They are often served with some garnish. According to official data, there are more than 1 500 types of sausages in Austria. The most popular include burenwurst or classic, debreciner or spicy, kazerkiner stuffed with cheese and mushrooms, as well as various varieties of Viennese sausages. If you want to order the famous Viennese sausages, then you need to look for Frankfurter in the menu of cafes and restaurants.
The own regional cuisine, which got a separate name, has formed at these lands for centuries. Its typical components are schnitzels, pins, tafelspitz, and a variety of smoked meats. Traditional garnish in Viennese cuisine is sauerkraut. One of the oldest and traditional dishes is the Viennese goulash, which appeared in the time of the Austro-Hungarian Empire. It rather resembles a meat stew served with boiled potatoes and dumplings. Tyrolean dumplings are very popular treats; they can be served alone or with bacon. Copyright www.orangesmile.com
Top Austria hotels for most demanding travelers
Going on vacation, people want to enjoy a comfortable stay and a high-quality service to the fullest. The best luxury hotels invite those who do not …
Read further
The Austrian cuisine is famous all over the world for its desserts and a variety of pastries. The most popular desserts include Sacher, Kaiserschmarrn, and the famous apple strudel. A sandwich with Lithuanian cheese and jam is served to coffee as a simplest dessert. Speaking of the Austrian cuisine, we can't forget coffee. In this country, coffee houses have a special status. The Austrians not just have snack, but spend time with friends. 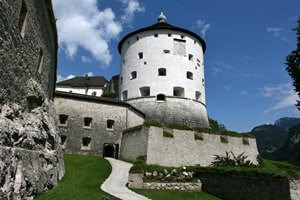 The local cuisine is also characterized by soft alcoholic beverages, including wine or beer. The first is good with cheese, meat or various desserts, and the second is served with some sausages. Austria has about 50 thousand hectares of vineyards, mainly in the east and south-east. Most wineries gain the main revenue from retail sales. The most common grape variety is Grüner Veltliner used for excellent white wines. Stiegl stands out among the Austrian brands of beer. It is brewed at the facility founded back in 1492. If you want to discover an exclusive local drink, you can try Almdudler herbal lemonade made of sugar, mineral water, and herbal extracts.
Oldest hotels in Austria with a rich history
Some hotels attract with their atmosphere, quality of service and other important aspects. This facilities simply feel no end of guests. They work for …
Read further
Since ancient times, each region of Austria has had its own culinary characteristics, depending on what products they had. In Carinthia, there are many reservoirs, therefore fish dishes prevail here. In Salzburg, they are proud of their Salzburg Nukler, a baked vanilla souffle. In the southern regions, poppies are cultivated, and Styria is famous for pumpkins. In Burgenland, you can try polenta, a kind of porridge of corn flour, which is served with mushrooms, anchovies or a sort of meat. All these dishes form the Austrian cuisine with its peculiarities.

Cuisine and restaurants in popular cities of Austria

Vienna
It is worth noting that portions in Viennese restaurants are rather large. Waiters have already accustomed to the fact that customers often buy one dish for two, so do not hesitate to order one dish and an additional flatware. Local beer is something that is impossible to ignore. This drink will become a perfect complement to any meal. 7 Stern and Plutzer Brau are considered the most popular types of beer. Also guests of Viennese restaurants can be advised to try young wine. In addition to … Read more

Salzburg
If your aim is to try best dishes of Austrian cuisine, you should definitely visit Raschhofer's Rossbräu restaurant as it fits your aim the best. The tables of the restaurant are set on a spacious terrace, which is heated during the cold season, so visitors always have an opportunity to dine on the fresh air. Juicy steaks, flavorful soups in casseroles, homemade sausages and excellent wine – simply no visitor can resist such variety of delicious dishes. Fans of Italian cuisine are … Read more

Solden
The Austrians are very serious about bread. There are about a dozen bakeries, Bäckerei, in Solden. You can find wheat bread, rye bread, bread with cumin or sunflower seeds, bread in the form of round rolls or small bars, fresh and sweet bread, white and gray bread in each of them. If you get to the town on Christmas Eve, be sure to taste Stollen with fruit, spices, and marzipan. You can order Reindling as dessert at another time. Cinnamon and dried fruits are added to it. You can order a … Read more

Zell am See
The Steinerwirt restaurant invites visitors to enjoy the classic Austrian cuisine. Those who decide to visit the restaurant in the evening are recommended to book a table in advance. The main feature of the Steinerwirt restaurant is poultry cooked following an original recipe; duck with cabbage enjoys particular popularity among regular customers. The Einkehr restaurant is perfect for tasting Austrian delicacies. It is a great place for a family holiday, as skilled chefs prepare delicious and … Read more

Mayrhofen
Local cuisine is not very exotic. Mayrhofen cooks don't use seasonings too much. So in general, a European and an American should not be afraid to order something completely incomprehensible. It should be noted that more and more borrowed dishes appear in Mayrhofen to please the preferences of tourists in recent years. Burgers, pizza, “fish and chips”, and even pasta are prepared here. The number of British tourists is growing. The popularity of English breakfast is also growing, although … Read more

Kitzbuhel
Fans of Mediterranean cuisine will appreciate the dishes prepared in the Gasthaus Chizzo restaurant. In warmer months, visitors can sit on a beautiful spacious terrace; in winter, they stay in a comfortable room. The abundance of vegetable salads, meat and fish dishes and excellent European wines and soft drinks makes impossible to resist a variety of treats. Among the Italian restaurants Hosteria Kitzbuehel is noteworthy; there is no other restaurant offering such a luxurious menu. Both fans … Read more

Badgastein
In general, the food of the Austrians will not seem too exotic to any of the Europeans. Most of the dishes are very hearty, not too spicy or too salty here. In general, the chefs of Bad Gastein do not make much effort to improve the appearance of their creations. The taste of the dish is in the first place in Austria, unlike in France. Its beauty is of secondary importance here. You can order a traditional British breakfast, a favorite of many tourists and locals alike. But you should taste an … Read more