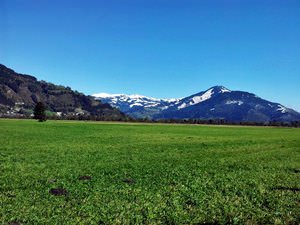 Austria is characterized by the temperate continental climate. The humidity in the country is significantly high. The average annual temperature is about 10 degrees Celsius. The peculiarity of the country is the varying weather in the plains and mountainous regions. Summer in Austria features a quite comfortable temperature. In mountainous regions lying up to 100 meters above sea level, there is no excessive heat even in July, so there is no reason for a fiesta in Austria. The maximum temperature in the summer reaches 33 degrees, and the average temperature is 25 degrees Celsius. In the highlands, even in the warm summer months, it may even be below zero. The weather here is extremely windy; it is often wet with snow and rain.
Most original hotels of Austria
Tourists coming to a new country, want not only to relax, but also to get new impressions. This is taken by the owners of the unusual hotels, who are …
Read further
The water in the Austrian lakes warms very quickly to 27 degrees, so the beach season is opening in mid-June. However, frequent precipitation doesn’t allow to enjoy the warm sun and crystal-clear water of lakes. On the average, not less than 650 mm of precipitation fall in the eastern part of the country, and more than 2 000 mm fall in the West. With the onset of September, the warm weather begins to recede gradually, but the air temperature remains quite comfortable to have an active rest. Sunny days are decreasing, and already in mid-October the average temperature is about 15 degrees. Often, the first snow falls in autumn; it immediately conceals the still warm earth. At night, temperature drops to 6 degrees. November in Austria is the most gray and off-road month. Clear sunny days almost never happen. The weather becomes gloomy and dank, the air temperature in the evening and at night can drop below zero. Besides that, there is a huge amount of precipitation, which often provokes floods.
Winter in Austria is mild, the average air temperature ranges from two degrees below zero to +2C. It often rains in the lowlands; a lot of snow falls in mountainous areas. The snow covers  the tops of the Alps for more than six months. At the same time, every two hundred meters, the air temperature drops by 1 degree Celsius. In February, there are harsh winds. On the slopes of the mountains, thaws start and the risk of avalanches increases. In March, the bad weather recedes, the snow begins to fade. That’s a time for heavy rains, which often lead to landslides and floods. The air temperature heats up to 10 degrees Celsius in the daytime. With the onset of April, sunny days again supplant the cloudy ones, and the weather becomes more affable and fine. The air temperature ranges from 9 to 16 degrees Celsius. Rains are extremely rare. By the end of spring, the air temperature reaches 23 degrees in the daytime, and up to 13C at night. Such climatic conditions allow citizens of the country and travelers to enjoy all 4 seasons of the year. Copyright www.orangesmile.com

Top periods for vacation in Austria 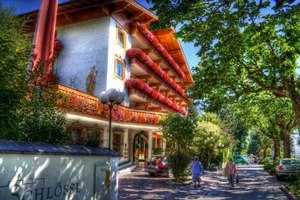 You can start your acquaintance with Austria at any time of the year. This country has 4 clearly defined seasons, thus, it is worth to focus on your personal preferences. Austria is situated in the heart of Europe, so it has a very mild and temperate climate. There are no severe frosts or exhausting heat. The highest tourist flow in Austria is in summer months. An incredible beauty of the blooming nature, the warm water in lakes and a comfortable air temperature make summer vacations gorgeous. The tour season begins in Vienna and Salzburg; respectively, prices for accommodation, meals, and other services are doubling. The only thing that can cloud the rest in Austria is the abruptly changeable weather of the mountainous terrain. If it was 30 degrees Celsius in the daytime, then in a few hours it may be a cold rain, and the temperature will fall to 9 degrees.
Most legendary and famous hotels in Austria
Austria has long been located at the intersection of routes to various European countries. This has led to the fact that the hotel industry is well …
Read further
From late August to late October, the weather gives an opportunity to enjoy the surrounding nature and the ancient architecture of large cities and colorful provinces. With the beginning of September, the mellow season begins in Vienna and Salzburg. Ski resorts in Austria are known all over the world. Their prestige can not be overestimated. The most prosperous people of the world come here every year. A very mild and sunny winter is ideal for all  kinds of entertainment. In the Alps, the air temperature drops to 15 degrees below zero, in lowland areas and in the foothills of the mountains, the temperatures rarely drops below -5C. The ski season at the resorts of the highlands continues until mid-April. In other regions, with the onset of March, the snow begins to melt, and it starts raining heavily. The risk of avalanches, flooding, and landslides makes the spring in Austria the most unfavorable season for recreation.

1. You can zoom in to Austria using the '+' button, or check temperatures around the globe by the '-' button.
2. Besides this, you can grab the map by your mouse button and move it to see the temperature in other regions.

Sightseeing of Austria in photostream

Vienna
3. The majority of shops and shopping centers are open until 18:00. Shops located near railway stations work until 23:00. 4. Tobacco products can be purchased in special stores and kiosks only. 5. Leaving tips in local restaurants is customary. The usual size of tips is 5 - 10% of the total bill. Leaving tips in summer cafes and small restaurants is not necessary. You can also leave a monetary reward to taxi drivers and hotel employees, which should be not less than 1.5 Euros. 6. … Read more

Salzburg
3. Tickets for public transport can be purchased at any tobacco shop - here they are the cheapest. 4. The city’s taxi is quite inexpensive, but rates may rise in the evening. It is better to call to a special service and get a taxi to a restaurant or a hotel as "catching" a free taxi on the road will be quite difficult. 5. Bike remains a very popular vehicle among locals and tourists as by using it you can freely roam around the city. Top Bike is considered the best bike rental … Read more

Innsbruck
3. The majority of stores and shopping malls are open every day except for Sundays. Many stores close for lunch on daytime. 4. It’s normal to leave a tip in the local restaurants and cafes. The average amount of tip is about 5 - 10% of the total bill. It is worth noting that in many bills tips may already be included. In this case leaving a tip to a waiter is not required. 5. In order to save on attending exhibitions and cultural events, you can purchase special "city-card". Besides … Read more

Kitzbuhel
3. To rent a car you have to have an international driver's license and a credit card with the desired amount of deposit on account. Clients under 23 years, as well as those who received the driver’s license under a year ago, may be denied service. 4. Shops are generally open at 8:00 am and work until 6:00 - 7:00 pm. In shopping malls working time may be longer, until 9:00 pm. It's worth noting that alcoholic beverages and tobacco products can only be purchased in specialty stores, … Read more

Graz
3. The most beneficial way to make phone calls is to use public pay phones, which can be found close to all government institutions and shopping centers. They are operated by special plastic cards or coins. The calls by such phones made from 8:00 to 18:00 will be the cheapest. 4. Money can be easily exchanged at any bank or post office. While exchanging your money, do not forget to pay attention not only to the exchange rate, but also to the size of commission charged. Different … Read more

Linz
3. The high tourist season is from May to October. At this time, the most favorable weather prevails. The temperature rarely drops below 20 degrees Celsius, and rains are rare. Travelers who expect to visit Linz at this time are advised to book a room in advance. 4. Public transport in Linz is represented with an extensive network of trams and buses. Tickets have to be bought in advance; they are sold at stands at bus stops and tobacco shops. The cost of a ticket for a single journey is 1.6 … Read more

Bregenz
3. In order to rent a car, tourists will need an international driver’s permit and a credit card. In order to rent an expensive vehicle, rental offices may require several credit cards. The driver’s age must be above 21. Some rental offices have even a stricter rule – the driver must be 23 or older. 4. The majority of shops work from 8 am – 9 am to 6 pm – 7 pm. Some shopping centers serve their visitors until 9 pm. Large shopping centers accept both cash and credit cards. 5. … Read more

Tirol
3. The most profitable way to make calls to other cities and countries remain street payphones. They are installed on every busy street and near important tourist attractions. Phone cards can be purchased in any tobacco shop or post office. 4. Local hotels differ with quite high prices; seasoned travelers recommend paying attention to mid-priced accommodation. Three-star hotels offer guests a wide range of services and are often located in a very attractive area. 5. In addition to numerous … Read more

Map of popular regions of Austria