Family holidays with children in Austria - attractions and entertainment 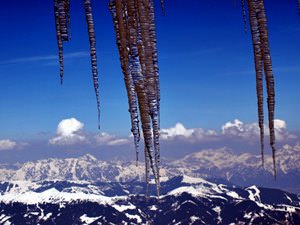 Family holidays always require more time and attention. Austria is a great place where you can relax with the whole family without any fear. You can come here almost all year round, combining sightseeing with hiking in the mountains and skiing. Tourists, including children, are offered the top service.
What you need to know about Austria prior to visit - advices
The official currency in Austria is euro. The more profitable and reliable option is to exchange money in banks. However, they usually work from 8am …
Read further
Austria is primarily famous for its diverse ski resorts. You can find trails for both experienced professionals and beginners on the Alpine slopes. Many resorts have specially equipped places where even small children can ride. The best resorts for a family holiday in Austria are in Serfaus and Seefeld. Now, it's quite common to have a kindergarten, an entertainment club or an equipped area where kids can have fun. They are constantly looked after by nannies.
A network of Kinderhotels Europa specializes in family vacations. The cost of living already includes a special service. There is a full-fledged children's menu. Small children will be impressed by lemonade fountains. Copyright www.orangesmile.com
Shopping in Austria - best shopping places, what to buy?
Austria offers a variety of options for a nice rest. As in any European country, there are many boutiques of famous world brands and ordinary stores …
Read further
Salzburg is a great option for traveling with children. The clean mountain air and an abundance of rides will leave a favorable impression. The whole family can go to the Toy Museum, where they can literally watch the evolution of teddy bears and dolls for 250 years. Children here are allowed not only to watch, but also touch various toys. You can go to Mozart's House, where the child will see a small violin played by the young Wolfgang Amadeus. Another amazing museum for children is the House of Nature. They can learn the most diverse natural and cosmic phenomena in a simple and understandable form. 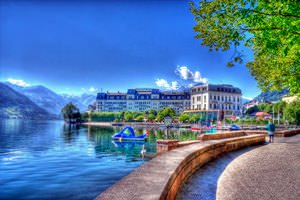 While in Vienna, you can look into the city zoo, where a variety of animals from around the world live. It is a full-fledged amusement park for the whole family. Some animals can even be touched here, so children and adults get a lot of emotions. The House of the Sea in Vienna is equipped with a huge aquarium of 300 thousand liters, where various marine inhabitants live.
Top chic accommodation you can find in the country
The luxury hotels in Austria, deserving attention of the most discerning traveler.
Read further
After such a walk, you can look in one of the Viennese pastry shops, where they serve fresh pastries and various sweets, including apple strudels, vanilla souffle or candied violets. In the menu, you can find many other dishes that children like. 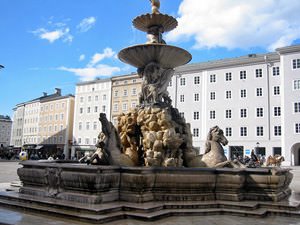 You can choose a trip to the Hohensalzburg fortress built in 1077. The trip by the cable car to the top is breathtaking. There is a museum of arms, puppets and a golden room In the fortress. Adults will be able to enjoy the majestic monument of architecture, and children will like puppets.
Most romantic hotels in Austria
The best hideaways for couples in love, as well as top hotels for wedding and honeymoon.
Read further
The Grafenberg entertainment center located near the resort of Wagrain, is very popular. There are more than 30 outdoor play areas. For example, in one place kids can play with water pumps. In other areas, they have an opportunity to climb the ropes, ride on the swings, etc. 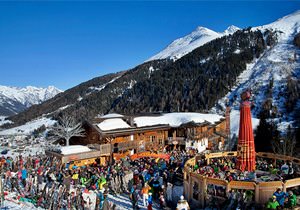 The best way to make your child acquainted with the history is to visit Time Travel Park. It's more focused on children, but adults will also be interested. These tours are full-fledged performances with many different effects, set up scenes and just amazing moments. There are other popular places, including the summer amusement park in Serfaus or the Familienland Park in Tyrol, where you can enjoy rides with children.

Zoos and gardens in Austria
♥   Zoo 'Alpenzoo Innsbruck' Innsbruck. On the map

The name of 'Harakiri' ski slope, located on the territory of the Austrian health resort Mayrhoven, speaks for itself and completely reflects the level of its complexity. 'Harakiri' is considered to be the steepest ski slope in Austria. On some of their routes the inclination forms 78 degrees. Not even all professional athletes manage to overcome such a difficult run, not to mention self-assured amateur athletes.

Severe shocks, breaks and contortions - so only the most harmless consequences the inexperienced skiers can get after the impetuous and short descent. The world-famous sportsman Tobias Fankhauser was one of the first to take advantage of the 'black' course and to use it for regular training sessions. He held the successful descent to 'Harakiri' piste for the highest sports … Read all 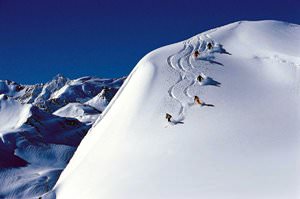 Apart from the professional 'black' slopes, the health resort has a mass of attractive attractions and is not only popular with freeriders, but also freeriders and party fans. The health resort is a center of the afterlife … Read all
All unique sightseeing Austria

Top cities of Austria for children

Vienna
Jungle Theater (Dschungel Vienna) is, perhaps, the most unusual theater that is targeted at young audiences. Children aged 6 months and up to 18 years will be excited to attend this creative place. Entertaining and educational performances take place every day at the theater, and both adult and children actors participate in them. Many plays are very insightful and are useful for parents as well. Travelers, who plan to visit Dschungel Vienna, are better to buy tickets in advance as the theater … Read more

Salzburg
If you like walking, don’t forget to include a visit to Mirabell Garden into your vacation plan. There is also Zwergelgarten or the Dwarf Garden nearby. The entrance to the gardens is absolutely free. It’s a fantastic place for an unhurried walk, but the spacious parks are also suitable for cycling. Of course, the Dwarf Garden is the most famous area of the picturesque place, so many visitors come to see small statues of gnomes in Baroque style. Salzburg Zoo is an amazing place, a visit to … Read more

Solden
Of course, you should take a walk around Solden. However, this walk will take hardly more than a few hours. This is a small town. However, a child can see a beautiful watermill here. It was built two centuries ago. The building has been perfectly preserved since then. The mill is not used for its intended purpose today. However, there is a rather interesting museum inside it. You should take a walk with a child in Timmelsjoch. This is the highest mountain road in the Eastern Alps. … Read more

Innsbruck
Travelers, whose children are into sports, may find it interesting to visit the Olympic Museum. It is open in the famous Golden Roof building that is also a major landmark of Innsbruck. The museum exhibits a collection of items that are in some way or another connected with the Olympic Games. Here visitors will see photographs of famous sportsmen, various sports equipment, and talisman toys that were manufactured for the games. Moreover, during an excursion, visitors will be offered to watch … Read more

Kitzbuhel
If you want children to enjoy the wonderful time spent in a swimming center, be sure to take them to Badezentrum Aquarena. Nice pools and slides are prepared for them here. As a bonus, parents are invited to visit the sauna (Finnish or Turkish). It is worth noting that the center is beautifully decorated, which captivates from the very first minutes. And another bonus is a good location - the complex is located in close proximity to the lift, as well as other interesting places: Museum … Read more

Kirchberg in Tirol
In addition to the pool, there is a volleyball court by the lake. There are always a lot of children and adults here. There are also Ping-Pong tables and a twenty-five-meter-high slide. If these entertainments are not enough for the child, you can rent a rowing boat and go on a trip on the water surface until the evening. And such entertainment is quite inexpensive. You can go with your child to the surrounding area for amazing Alpine views and beautiful photos in the warmer months. Routes are … Read more

Fulpmes
There is another unusual Museum in the town. You can come here with the kid. It's a Museum of Nativity Scenes. Of course, inquisitive children are unlikely will spend as much time here as for the study of bellows. But Christmas scenes will be clear even to kids. If your child is interested in history, it is worth a walk along the Fulpmes streets. There are many really old and beautiful buildings here. It is also possible to join a group tour of the town. They are held in both German and … Read more

Saalbach
If the child likes to learn something new, then you can go to conquer the outdoor skating rink in nearby Hinterglemm. It's not hard to skate. But this entertainment gives a lot of pleasure. Especially if there is an opportunity to compete in speed or skill with parents or peers. Mastering the rules of Curling is good family entertainment. This game is not as simple as it may seem at first. It is quite a gamble. Moreover, it does not require special skills or excellent physical shape. You … Read more

Map of Austria cities for family trip with kids