Sightseeing in Kitzbuhel - what to see. Complete travel guide 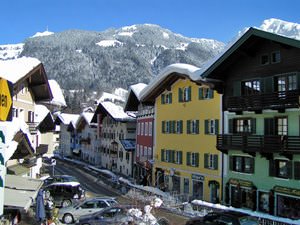 Mountain resort Kitzbuehel has become the most beloved place of rest for various rich and famous people. This is an elegant and modern town that carefully preserves its historical heritage and attracts people not only from the sporting but also from the cultural point of view.
Your active city break in Kitzbuhel. Attractions, recreation and entertainment - best places to spend your day and night here
Kitzbühel is known as a popular ski resort, which is a great place for a family holiday and for sports training. The resort offers trails of varying complexity. Several ski schools are open …

Open
The Local History Museum will provide you with the information about the history and culture of this place. The exhibition of the museum is located in one of the ancient castles of Kitzbuehel. Here are gathered rich collections of items starting from prehistoric times and up to the prosperity of the Bronze era. Among the sights present in Kitzbuehel we should definitely mention Alpine Flower Garden that offers to its visitors a large collection featuring wide choice of wonderful mountain flowers. The garden is located high in mountains, so here you will be able to enjoy not only fairytale like flowers, but also panoramic views of the city.
Kaps Castle is one of the oldest buildings in the city. It was built in the 17th century. Nowadays the territory near the castle is occupied by a golf field. Nearby is located another sight of Kitzbuehel – Lebenberg Castle. It was built in the 16th century and today the castle is turned into a luxurious hotel. Copyright www.orangesmile.com
Advices to travellers: what you should know while being in Kitzbuhel
1. The city has a developed public transport system. Buses run along the main streets from early morning to late evening. Thrifty travelers are advised to purchase special tickets, the …

Open
Ski Circus is one of the most miraculous and unique sights of the city. This is a large complex equipped by funicular roads, various service centers and elevators. The elevators will bring you to the top of ski slopes that feature different complexity levels and unique characteristics. We should also mention that suitable roads here will be easily found by either beginners or professional skiers. On the territory of the resort are organized several ski schools where adults and kids can master alpine skiing. 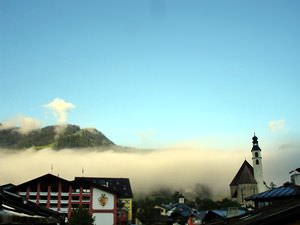 If you enjoy fascinating exhibitions, it’s time to visit Hinterobenau Farmhouse Museum. The museum is opened in an old mansion that was built 500 years ago. Here you will find a collection of items that will provide you with information about the lifestyle of the local people. Nearby the museum you will find a small chapel and even a flower garden.
Extraordinary weekend in Kitzbuhel - unusual places, services and attractions for travel gourmet
…

Open
Among the natural attractions, the beautiful lake Pillersee deserves special attention. It is located at the foot of the Stone Mountain. The depth of this lake reaches 834 meters. Many interesting legends are associated with this lake. Previously, locals believed that a monster lived in it. They were very frightened by the incomprehensible roar, which was heard from the side of the lake in the winter. Subsequently, this mystery of the lake was unraveled. The incomprehensible noise is produced by the wind, which penetrates under the ice edge. 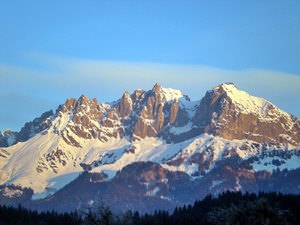 On the outskirts of the city, is the beautiful Church of Saint Andreas, which is one of the oldest buildings in the city. Its construction began in 1435, and was finally completed only in 1506. Outwardly, the building looks rather crude and less visible. The main values ​​are hidden within its walls. After several hundred years, the church managed to preserve a number of unique elements of decoration. It retained the stucco moldings and frescoes of the 15th century, and a painted ceiling that was decorated in 1750. Many famous artists have worked on the design of this church, whose works can be admired completely free of charge.
Family holidays with kids in Kitzbuhel. How to entertain your child, things to show to children.
Kitzbühel is primarily known as a ski resort, and this is what attracts hundreds of tourists to the city. You can also enjoy active recreation with kids, the important thing is not to …

Open
One can continue to get acquainted with local historical sites while visiting Pfleghof Castle. It is located in a historical area. Until our days, the majestic castle was only partially preserved. Much of the building lies in ruins. The former greatness of the fortress is reminiscent of a beautiful corner tower with an unusual pyramidal roof, as well as a small turret of the 16th century. The castle is on a small hill. From these places, it is very convenient to explore the surroundings. 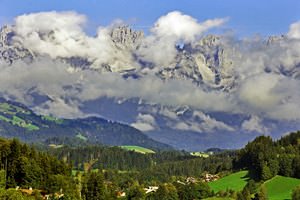 While walking through the streets of the old city, you can go to the Gothic Church of St. Mary. It has long lost its religious significance and is now a military memorial. This ancient church has an interesting secret. On the south side of its façade, the image of the Virgin, which was carved on the stone by a skilled craftsman in the 15th century, can be seen.
Cuisine of Kitzbuhel for gourmet with top restaurants and cafe
One of the most popular restaurants in the city is Bergsinn, which specializes in Austrian cuisine. The main feature of the place is plenty of meat dishes cooked by chef following special …

Open
The most visited cultural institution is the Museum Kitzbühel. It introduces visitors to the history and culture of the city. The small museum is located in the heart of the city. It presents visitors with an interesting collection of old photographs, historical documents and works of art. The museum is surrounded by popular souvenir shops.

This guide to iconic landmarks and sights of Kitzbuhel is protected by the copyright law. You can re-publish this content with mandatory attribution: direct and active hyperlink to www.orangesmile.com.
Kitzbuhel - guide chapters 1 2 3 4 5 6 7 8

National and city parks around Kitzbuhel
♥   Nature Park 'Naturpark Weißbach' , 28.8 km from the center. On the map

Sights around Kitzbuhel from our guide 'Extreme places on Earth' 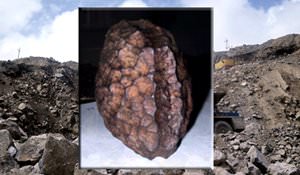 Distance from Kitzbuhel center - 64.2 km.
The version on his extraterrestrial origin was first explained in 1919 by Charles Fort, the wealthy collector of unusual items. A few decades ago the mysterious meteorite of the Frederick's sons was given to the Heimathaus Museum, which is located in the Austrian town of Vöcklabruck. The copy of the meteorite is presented at the Linz Museum Oberösterreichisches Landesmuseen. There is a guess that the real Salzburger parallelepiped was lost in 1910 and the exhibits presented in the modern museums are the counterfeits. … Read further

The Historic Center of Salzburg 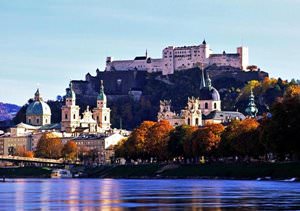 Distance from Kitzbuhel center - 62.3 km.
While strolling around the historic district of Salzburg, you can see many old majestic palaces and gardens. You can also visit the legendary fortress of Hohensalzburg. The area of ​​this fortress is 30 000 square meters. That’s one of the largest medieval fortresses in Europe. A number of museums and galleries in the old town can’t be calculated precisely. The Mozart Residence, the Baroque Museum in the Mirabell Garden, and the Stiegl-Brauwelt beer brewery are considered the most amazing. … Read further

Search touristic sites on the map of Kitzbuhel

Sightseeing in regions nearby Kitzbuhel

Kirchberg in Tirol
Admirers of excursions should certainly drop in small museum Oelschlag. Its exhibit is dedicated to one of the most important national crafts, linseed oil production. Many tourists prefer walking along the historic district in the evenings when old buildings are decorated with marvelous illumination. Young travelers who can visit stylish nightclubs and discos will also be ... Open »
Saalbach
Saalbach is very popular among young tourists due to trendy nightclubs, bars, and restaurants located in the center. The city never sleeps — at night it is beautifully illuminated, and you can hear music and people talking everywhere. Also, Saalbach boasts the only Go-Go bar in the area, which is considered to be a true local attraction. Young and active visitors will have ... Open »
Zell am See
This town provides its visitors with numerous opportunities and invites people to see something new. The main sights of this place include St. Hippolytus (Catholic) church, Evangelic Kirche, and the local town hall with an amazing art gallery. Museum of National History exhibits the items that depict the history of the town starting from ancient times. Lovers of antiques will ... Open »
Kaprun
Many experienced travelers are eager to get to Kaprun in February. The fact is that during this period the resort is holding an incredibly beautiful ice festival, one of the main attributes of which are night balloon flights. In early May, just before the official ski season's closure, the incredible Firn-and-Fun-Happening Festival takes place. Excellent conditions for active ... Open »
Mayrhofen
Mayrhofen is an interesting place even for travelers who adore sightseeing tours. There are several interesting old building in the town and its suburbs, and Strasser Häusl is definitely one of them. It’s also important to mention Brindlang natural water playground that has become one of the main symbols of Mayrhofen. As a rule, travelers are also particularly interested ... Open »
Tirol
Those who want to know more about the history of the Middle Ages are sure to enjoy exploring Kramsach region. This is the true open-air museum; every building and every street here reminds about significant historical events. Vacationers with children are advised to spend at least one day in Thal-Assling, where there is a large amusement park. A tour to Schwartz allows seeing ... Open »

All about Kitzbuhel, Austria - sightseeings, attractions, touristic spots, architecture, history, culture and cuisine. Prepare your trip together with OrangeSmile.com - find out the 'must see' things in Kitzbuhel, which places to visit, which excursions to take, where the breathtaking views are waiting for you. Planning your trip with this travel guide will help your to get the most out of Kitzbuhel in few days.