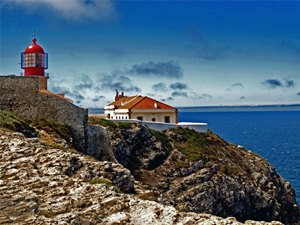 Each year, Algarve invites travelers to watch interesting holidays and festivals; it would be not only a memorable pastime, but also a great way to get acquainted with the national culture. Various cultural events, many of which are known far beyond the country, are held here in summer.
Best beaches and recreation areas around Algarve
Algarve is an ideal place for a beach holiday. It’s sunny here more than 300 days a year and a choice of places for beach holidays is just huge. One of the most popular beaches in the …

Open
In the second half of December starts the colorful carnival taking place in several major cities. It is believed that the most beautiful celebrations are held in Loule, where a grand costume parade is organized. During the Carnival, special children processions are held; they make a holiday even more soulful. Huge puppets and caroches painted in all colors of the rainbow, graceful dancers in festive attire and clowns make the carnival entertainment in the Algarve as funny, as Brazilian one.
Motorsport fans would be interested in visiting Algarve, as throughout the year several major sporting events are held there. Formula-1 races are usually held next to Arade River; in mid-summer the Europe's largest gathering of bikers takes place there. It is arranged in a very beautiful forested area close to Faro airport. Copyright www.orangesmile.com
Top hotels in Algarve for business trip or short vacation
There are very diverse ones among many hotels and resorts of Algarve; the region represents a decent selection of accommodation places of different categories. Hilton Vilamoura As Cascatas …

Open
One of the largest events in the region is FATASIL Fair, where both large industrial enterprises and local artisans take part. The Fair is held in the second half of August, and it usually lasts for 10 days; the permanent venue for the exhibition is Lagos. FATASIL appeals not only to fans of shopping, but also to those who enjoy exciting recreational activities. After appreciating the diversity of exhibited products, visitors can go to the concert, visit interesting workshops or listen to informative lectures by leading specialists in various industries. Medieval Days are rather young festivals; throughout the year they can be held in various cities. One of the historical events is carried out in an ancient castle next to Castro Marim. There you can see a lot of people in amazing historic attire and get acquainted with the unique culture of yesteryear.

This guide to traditions and festivals in Algarve is protected by the copyright law. You can re-publish this content with mandatory attribution: direct and active hyperlink to www.orangesmile.com.
Algarve - guide chapters 1 2 3 4 5 6 7 8

City tours, excursions and tickets in Algarve and surroundings

Cathedrals and basilicas near Algarve
♥   Sé Catedral de Santa Maria, Faro, 0.7 km from the center. On the map

Survived castles around Algarve
♥   Castle 'Paderne Castle' , 28.7 km from the center. On the map

♥   Castle 'Castle of Sanlúcar de Guadiana' Huelva, 65.6 km from the center. On the map

Since ancient times, Portugal with its beautiful location, comfortable climate and fertile soil has attracted numerous “guests”. The region was conquered at different times by the Arabs, Roman soldiers, flocks of Catholics from France and Germany. Being under the African, partly South American influence as well as domination in the vast sea territories has significantly affected the current mindset of inhabitants.  … Open

Colors of Algarve in photos

Traditions and festivals in cities around Algarve

Vilamoura
In Vilamoura, holidays are celebrated on a large scale - this is something that a broad Portuguese soul needs. One of the most remarkable festivals is a carnival held in the second half of February on the main streets. This is the time of carefree fun, colorful parades, and great mood. The festival involves a regatta, which is essentially the “highlight" of the carnival's ... Open »
Albufeira
Every holidaymaker will find all kinds of entertainment according to his liking in Albufeira. Here you will like numerous cafes and restaurants serving delicious fish and seafood dishes, crazy nightlife establishments, as well as traditional museums and sights. By right, Albufeira is considered the most crowded, popular and noisy city on the southern coast of Portugal. By the ... Open »
Isla Canela
Expressive, lively, and unexpected – local people have all these features. They never know what happens “mañana” (by the way, this is the most favorite world of Spanish people that tourists will hear many times during their travel in Isla Canela), in other words, tomorrow. They treat tourists well and treat every person individually. If a local person likes you, he or ... Open »
Portimao
Portimao is central point of one of the most original celebration – Sardine Festival, which is the most favorite for local habitants. For the last number of years this cheerful national festival has become very popular among foreign travelers. In spite of the fact that it is celebrated almost in every seaside districts of country, the majority of tourists aspire to visit this ... Open »
Lagos
It would be especially interesting to visit the city when holidays and festivals are held here. February is considered one of the most interesting and eventful months in this regard. In February, Lagos hosts a traditional carnival in which literally all local people take part. The celebration lasts for several days and its main actions are colorful processions passing through ... Open »
Cadiz
People in Cadiz love jazz music that has already become timeless classics. JazzCadiz, a popular festival dedicated to this music style, is another proof of this love. The fabulous event takes place at the end of July. As JazzCadiz is a very diverse event that attracts hundreds of participants, concerts and performances are held in different venues in the city, starting from ... Open »

Cityguide on traditions, mentality and lifestyle of people in Algarve. Learn the best periods to visit Algarve to discover its soul - authentic festivals, events and celebrations. We will also reveal the interesting habits, attitude towards the world and to tourists in Algarve.