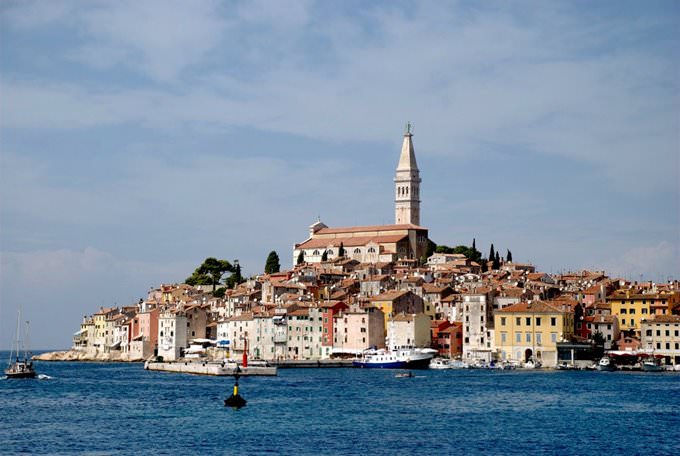 Istria will surprise fans of event tourism with a wide selection of interesting themed events. Summer is considered the festival season on the peninsula; this time colorful festivities come literally one after another. A considerable part of the most popular festivals are held in Porec; the city has remained a permanent venue for Zlata Sopela Festival for many years. Festive action takes place at the central square of Porec; best folk bands of the country demonstrate their talents there for a few days.
Excursion over cultural sights of Istria - 'must visit' points of interest
The largest town and tourist center of the region is Porec; it has more tourist facilities than other towns of Istria. In the historic city travelers will be able to find not only unique …

Open
Fans of classical music are recommended to visit Porec in summer. Traditionally, during summer months Euphrasian Basilica is available to musicians. One of the most incendiary and noisy celebrations is held in Porec in July; it is a tango festival. It is attended by the best performers, so it would be interesting to everyone to visit the festival. Amazing workshops and shows are arranged for vacationers; everyone can learn subtleties of classical tango.
At the same time a large-scale musical event, Jazz Night Festival, is held. It is always attended by performers of world class. Fans of historical festivals would find interesting to visit Porec in September, when the Giostra takes place. During the festival, visitors can get acquainted with the history and culture of the region, as well as learn a lot about the lifestyle of townspeople. Copyright www.orangesmile.com
Your active city break in Istria. Attractions, recreation and entertainment - best places to spend your day and night here
Istria is the recognized center of eco-tourism, which has long been chosen by fans of sports entertainment and hiking. Travelers can explore natural attractions while walking or cycling; …

Open
Important cultural events are held in almost all cities of Istria. The region is famous due to its athletes too. Every year International Regatta takes place in Rovinj; fans of active summer recreation like International Youth Festival. Among other interesting holidays, Rovinj Pop Festival and the Festival of photographers are notable. 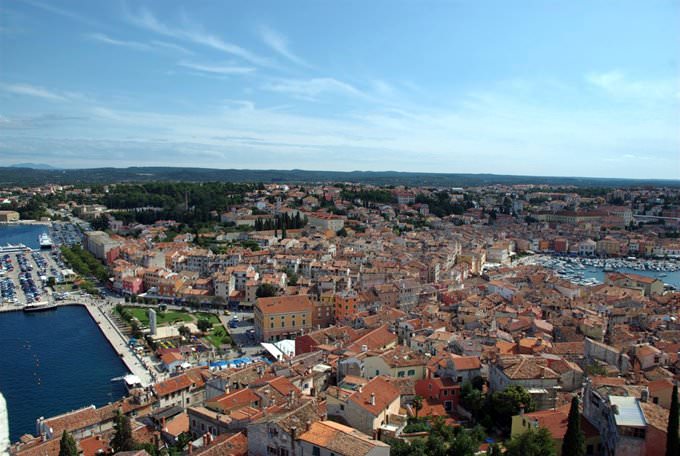 The picturesque town of Pula is a permanent venue for the major film festival; cinemagoers and filmmakers visit it in July. The festival takes place simultaneously with the Opera Music Festival that would be interesting even to those who have never been interested in opera singers. Istria is ready to offer its guests a lot of exciting recreational opportunities. Travelers may participate in one of the fascinating holidays.

This guide to traditions and festivals in Istria is protected by the copyright law. You can re-publish this content with mandatory attribution: direct and active hyperlink to www.orangesmile.com.
Istria - guide chapters 1 2 3 4 5 6 7 8

City tours, excursions and tickets in Istria and surroundings

Cathedrals and basilicas near Istria
♥   Eufrazijeva Bazilika, Poreč, 26.6 km from the center. On the map

Survived castles around Istria
♥   Castle 'Dvigrad' , 7 km from the center. On the map

Colors of Istria in photos

Traditions and festivals in cities around Istria

Porec
Popular festival Gold copel is devoted to folklore art, number of its participants increases with every year. Not only local collectives but also the actors of other Mediterranean countries take a part in this festival. The primary events go off at the Victory Square, during the whole day there are musical and dance performances. Craftspeople take a pert in the festival too, ... Open »
Opatija
Women should not enter religious sights bareheaded. That is why they should have kerchiefs to cover heads. Bright, revealing clothes is unacceptable on the territory of religious objects. Considering the peculiarities of national character it should be noted that local men feature a kind of dandyism and peculiar passion to women. Setting off to a walk alone ladies may face an ... Open »
Krk
Tourists who visit the island in late May will also have an opportunity to witness an interesting holiday, the annual Wine Festival. It has long been an integral part of the culture, as almost every family makes a great house wine. The festival is attended by the best restaurants and wineries of Krk; the main center of the festival is still the same square at Frankopanska ... Open »
Losinj Island
Losiny, like other resort areas in Croatia, lives and thrives at the expense of tourists. Nobody wants to lose clients, and therefore the locals are always emphatically polite and friendly. Sometimes it's hard to say whether this attitude is sincere or not. But, nevertheless, you shouldn’t expect troubles from the local people. There is a very low crime rate but it's still ... Open »
Rab Island
For centuries, the island was owned by the Greeks, the Romans, the Venetians, and the Turks, which could not but affect the mentality of the locals. For example, the true Turkish love for coffee is in the blood of, perhaps, every Croat. Despite the difficult cultural and historical path, the locals ardently love their country. In no case should you call them Yugoslavs or ... Open »

Cityguide on traditions, mentality and lifestyle of people in Istria. Learn the best periods to visit Istria to discover its soul - authentic festivals, events and celebrations. We will also reveal the interesting habits, attitude towards the world and to tourists in Istria.