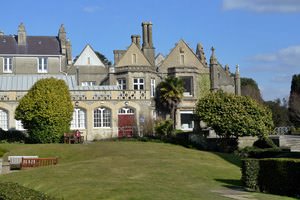 The city is very popular among fans of water sports, as the coast of Swansea is ideal for surfing and sailing. In warmer months, one of the main activities for travelers is walking around scenic surroundings; the city has lots of attractive parks and gardens. A great place for walks and picnics is Clyne Park, which is widely considered the most beautiful in the city. Park is especially scenic in late spring, when thousands of fragrant flowers bloom on its territory. The park is equipped with a special seating area with wooden benches; there are large meadows for sports entertainment.
Excursion over cultural sights of Swansea - 'must visit' points of interest
Swansea is one of the largest cities in Wales. It can offer an interesting excursion program to its guests. The city cherishes its cultural heritage. One of its main landmarks is the …

Open
In the city center there is Singleton Park; it is a great place to relax after walking through busy city streets. In summer, literally every evening, musical concerts and theatrical performances are held in the park. Among other attractive sites, Brynmill Park is worth mentioning.
The most beautiful beach in Swansea is Rhossili, it has long been visited fans of surfing. The water is too cold for swimming, so people prefer to stroll in a relaxed way along the waterfront and enjoy the panorama opening from the coast. Caswell beach is famous among fans of canoeing; at high tourist season exciting recreational activities for tourists are often held here. Copyright www.orangesmile.com
Advices to travellers: what you should know while being in Swansea
1. Swansea is the wettest city in the country; it is raining here almost every day. Vacationers are sure to take an umbrella and warm clothes, as cool winds from Atlantic also come with …

Open
Surfers can also recommend visiting Llangennith Beach; besides excellent conditions for sports it features some attractive restaurants. Fans of elite sport will appreciate advantages of the Pennard Golf Course club. Upscale golf course, sports equipment rental, professional coaches and an excellent restaurant are present here. In the Golden Palomino Riding Stables vacationers can book a horse ride and visit the most beautiful places of the city. 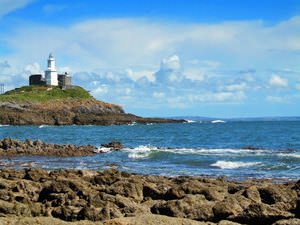 Celtic Trail Center organizes cycling tours; it enjoys great popularity among families with children. Despite the fact that Swansea doesn’t have an abundance of nightlife, clubs and discos, travelers won’t be bored during their holiday. An interesting evening program is offered by the Kon-Tiki bar. Fans of the shopping are recommended to include the Swansea Market in the recreation program, as it is the largest market in Wales.

This guide on active recreation and leisure in Swansea is protected by the copyright law. You can re-publish this content with mandatory attribution: direct and active hyperlink to www.orangesmile.com.
Swansea - guide chapters 1 2 3 4 5

City tours, excursions and tickets in Swansea and surroundings

National and city parks around Swansea
♥   Park 'Prickly Pear' , 107 km from the center. On the map

♥   Amusement park 'Woodlands Family Theme Park' , 142 km from the center. On the map

Water attractions around Swansea
♥   Water park 'LC' Swansea, 0.7 km from the center. On the map

♥   Water park 'Splashdown Quaywest in Goodrington' Devon, 135.9 km from the center. On the map

♥   Restaurant 'Valans' Llandybie. Type - International. 22.4 km from the center. On the map

Sites around Swansea from our surveys on extreme Earth places 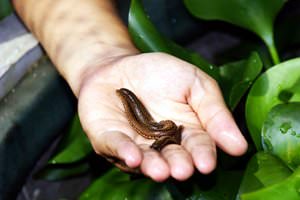 Distance from Swansea center - 12.6 km.
Leech biofarm does not look like an ordinary farm. This is more a modern, bright and absolutely sterile laboratory. A few years ago, the biofarm expanded its work area considerably and now supplies leeches not only to usual hospitals, but also to veterinary clinics. Hirudotherapy or leech therapy is gaining popularity in cosmetology, so the Swansea farm simply has wide prospects for development. … Read further 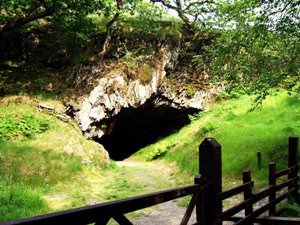 Distance from Swansea center - 46.9 km.
In ancient times people washed gravel, collected along the banks of the Cothi river, among the many stones they found particles of precious metal. With the heyday of the Roman Empire, the first mines began to appear on the territory of the deposit, but already in the 5th century they came to desolation and remained ignored by people until the 19th century. The first industrial enterprises on the territory of the Dolaucothi deposit appeared before the outbreak of the First World War. Later the representatives of the University of Cardiff were engaged in research of the mines for a long time. … Read further

Search for active leisure and attraction spots on Swansea map

Cardiff
Cardiff will please its guests with a wide range of attractions, beautiful parks, modern cinemas and nightclubs. Fans of walking will like relaxing in Cardiff Bay district. This quarter is one of the most modern and lively parts of the city. This is the location of the most popular restaurants, bars and night clubs, as well as large playgrounds and attractive shops. Taff ... Open »
Bristol
Fans of shopping will be surely glad to visit numerous trading centers and shops, which are located in the central area of Bristol. Broadmead and Cabot Circus are considered the most frequently visited and interesting shopping complexes of the city. Here visitors can find virtually any product, from fashionable clothes to fresh food and delicacies. In addition to these ... Open »
Bath
Bath is ideal for family holidays, offering a lot of entertainment and leisure centers that could be of great interest to both the smallest tourists and their parents. One of such places is West of England Falconry Nature Reserve inhabited mainly by birds of prey. Visitors can see rare species of owls and falcons and even hold some birds on their hands with the use of special ... Open »
Wolverhampton
Wightwick Manor and Gardens is a perfect park for walking and cycling. Several historical buildings have been preserved on its territory, which can make your walk even more fascinating. The park has a number of children's playgrounds, it can be a great place for a serene rest or outdoor activities. Travelers who spend their holidays as a family should definitely spend one day ... Open »
Birmingham
Without a doubt, Birmingham is widely famous for its numerous nightclubs, bars and pubs. These are wonderful places, where guests can enjoy a drink and listen to music of various styles. The Sanctuary club has quickly won love and recognition among the local residents and tourists. Among the main advantages of the club are well-chosen music programs, beautiful decoration of the ... Open »
Oxford
Among entertainments and amusements in Oxford tourists and city guests will find scenic parks for hiking and gardens of majestic beauty, modern entertaining centers and restaurants of various trends, special entertaining complexes, different night clubs, dance floors and bars. Among numerous nature areas the Christ Church Meadow park is best worth attention of tourists. The ... Open »

Guide to your best city break in Swansea - popular places for recreation and leisure. Things to do during the day in Swansea - attractions, parks, beaches, aquaparks, racing tracks, biking trails or waterski. Recommendations (with addresses, phone numbers and links) where to spend your time in the evening (bars, discos, clubs, etc.). We share some good ideas and the question 'What to do in Swansea?' disappears immediately.