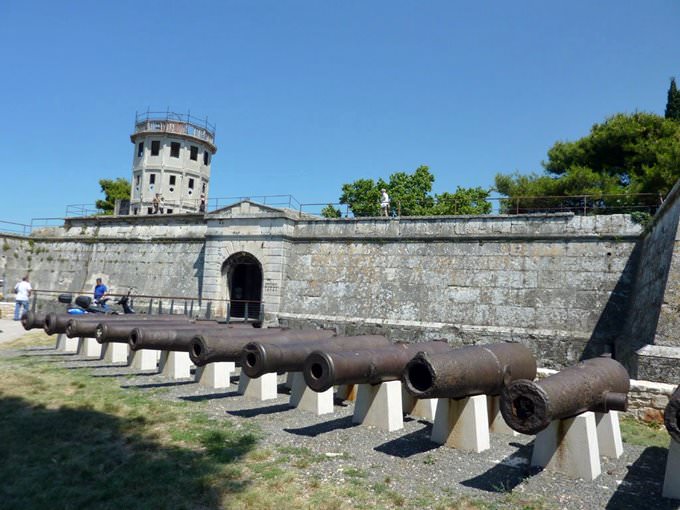 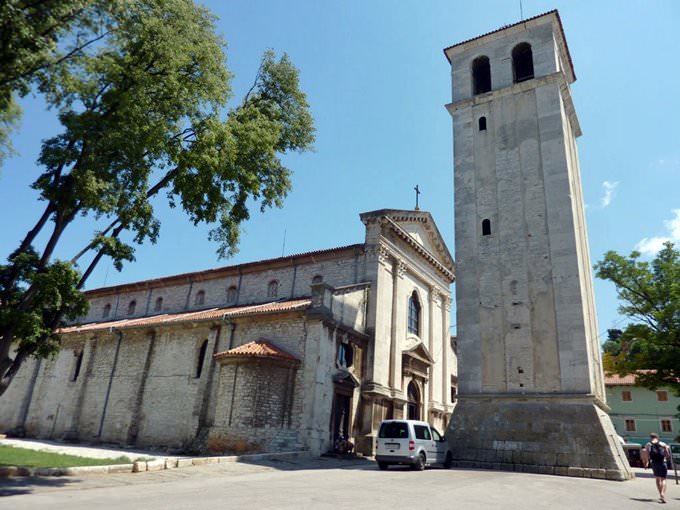 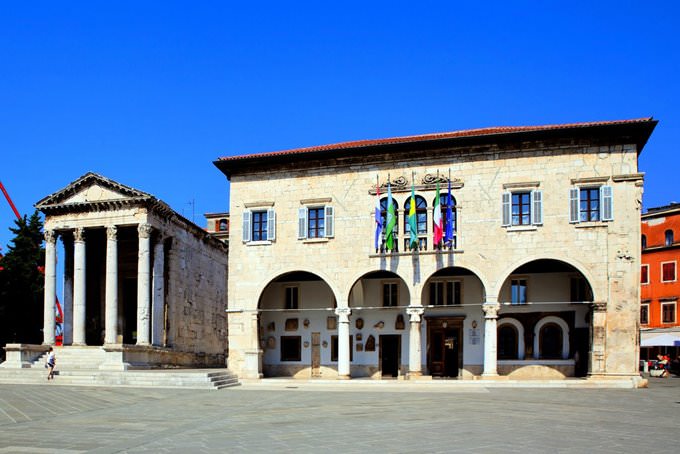 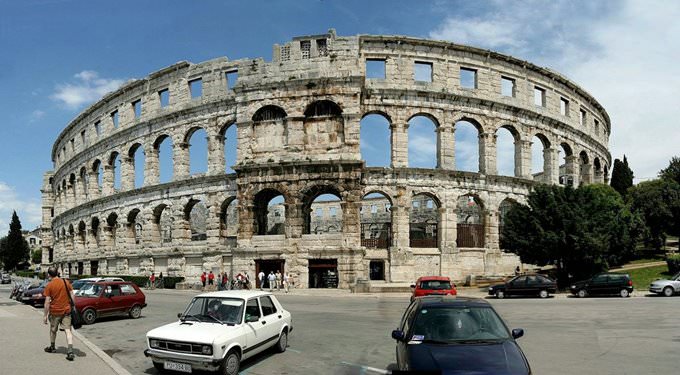 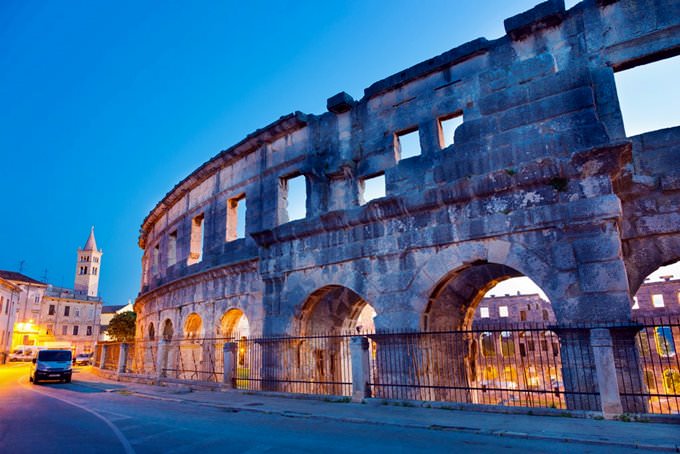 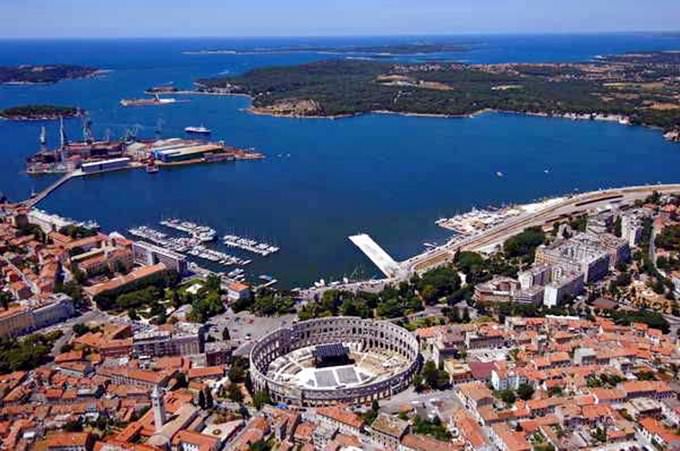 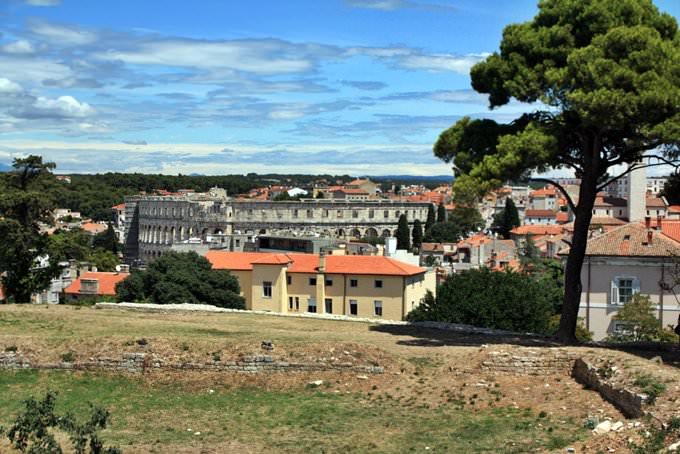 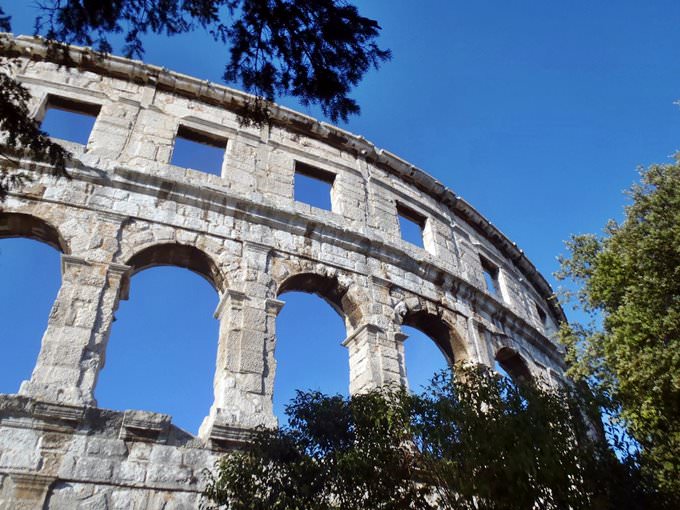 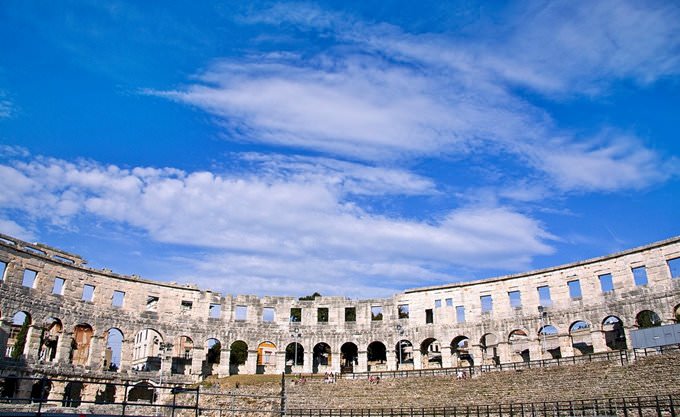 Chapters of the guide to Pula

The city was founded by ancient Greeks and it has become one of the most important and largest cities of Istria thanks to its advantageous location. In Roman times Pula experienced years of rapid expansion. Many sights and places of interest have left since that time. They remind of the power and importance of this city. During its history Pula has changed its owners several times. It was ruled by the Venetian … Open

Fans of walks in historical places will be interested in visiting Punta Cristo fort, which is located on a picturesque peninsula. The total area of the fortress is 10000 sq. m. It is perfectly preserved to this day. The fortress has about 270 rooms and a complex system of dungeons, which is also available for visiting. Summer is the best time to visit this historical monument. Excellent festivals, exhibitions, and … Open

Search touristic sights on the map of Pula

Photogalleries of neighbours of Pula

Rovinj
The Califfy palace is the best monument executed in Venetian style. Today its building houses the Rovinj Town Museum. It was established in 1954, apart from the permanent exposition the museum offers excellent halls for various exhibitions and other cultural events. This museum keeps a wide collection of archeological artifacts and art works. The Hutterot’s Family Museum is ... Open »
Istria
The charming town of Rabac appeals to those who prefer to devote their leisure to enjoying nature. A lot of beautiful places for walking can be found in the city and its environs; one of the busiest places in town is the yacht pier. Umag port city is a quiet and secluded area; the first settlement in its place was founded by the ancient Romans. Unfortunately, unique historic ... Open »
Cres
The first settlements appeared on the island in ancient times. The island was under the reign of the Byzantine Empire in the 16th century. There is still some evidence of those times. The fortifications in the capital of the island perfectly illustrate the Italian influence on the history of Cres. There are still remains of the city wall built in the 17th century and city gates ... Open »
Porec
There are three important religious objects near the square you’ve just read above. The most captivating is Neptune’s temple, near it there is Mars’ temple. Big temple is incredibly beautiful building, it is noted for perfect internal decorations and original front design. In scientists’ opinion Mars’ and Neptune’s temple were built in first century b.c. In spite of ... Open »
Losinj Island
Losiny, like many other islands of the Adriatic, was inhabited far back in Antiquity. The proof of this fact you can find not only in the collections of the local historical museums but also near the cities of Sveti Jakov and Cunski. It is there that you can see the remains of the first settlements that belonged to the Roman Empire. Time and weather conditions left only ruins ... Open »
Krk
Fans of historical places would find it interesting to visit the town of Omisalj with its unique archaeological area. It is where ruins of prehistoric buildings are situated, as well as Roman mosaics admired by tourists from all over the world. Another very interesting religious site is the Church of St. Lucia situated near Jurandvor; almost all localities of the island have ... Open »
Opatija
Many landmarks are found in Park Jacob (not to mention picturesque places with green landscapes striking any tourist with their beauty). The already mentioned statue of "Maiden with the seagull" and St. James' Church (Crkva Sveti Jakov) are also located here. Apart from them, visitors to the park can find the majestic Helios & Selena fountain by the sculptor Hans Rathausky from ... Open »
OrangeSmile.com - online travel reservation expert providing reliable car rental and hotel booking services. We feature more than 25.000 destinations with 12.000 rental offices and 200.000 hotels worldwide.
Secure Server