National traditions of Brazil. Habits, mentality and the way of living 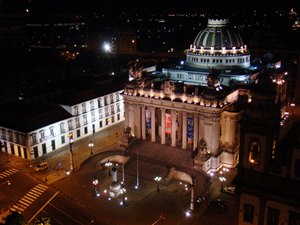 Brazil owes its cultural diversity to the last three hundred years of immigration. Aspects of socialization of Brazilians from different social groups may differ considerably. Meeting a large group of people, Brazilians always introduce themselves and shake hands individually. They keep eye contact longer than Europeans or Americans and feel comfortable in social situations. The same can be said about the personal space - for example, it is perfectly normal to stand close to strangers in public transport. When communicating, locals may move very close to the interlocutor. Such values such as tolerance and kindness are widely cultivated, which, perhaps, is the colonial heritage of neighboring ethnic groups. An ordinary Brazilian would rather try to avoid direct confrontation than get into a beef.
When and where to 'hang out' in Brazil - festivals and celebrations
One of the most significant annual events in the life of every Brazilian is, of course, the New Year. Especially vigorously and colorfully it is …
Read further
Men usually greet each other with a handshake. A handshake with two hands expresses sincerity and warmth. Women kiss each other on both cheeks. A woman who wants to shake a man's hand offer it first. Hugs and patting on the back are common among friends. During communication, Brazilians use a rich body language and touch interlocutors.
Brazilians are generally known for their friendliness and optimism. They happily look forward to the future, expecting only good things. Colorful festivals and excellent climate help them in maintaining an optimistic mood. Even the poorest people love to celebrate and dance, forgetting about everything. Brazilians are unhurried, rarely fussing, living today and enjoying little things. But there is the flip side of the coin - residents of Brazil cannot be called punctual people. Their relaxed attitude and tendency to enjoy every moment prevent them from arriving at meetings on time. Copyright www.orangesmile.com
For active traveler - national parks, landscapes and nature of Brazil
Nature of Brazil is unique and incredibly diverse, which is not surprising given its vast territory containing 60% of the Amazon rainforest. Some …
Read further
Brazilians may say bad things about the government or culture of their country, but if they hear how a foreigner says the same, they get offended and begin defending even something they do not like themselves. In general, Brazilians take the criticism of their country by foreigners very seriously. Due to their politeness, Brazilians rarely correct foreigners who speak poor Portuguese. Therefore, if you study Portuguese and want to improve it in Brazil - be sure to ask your buddies to correct you. 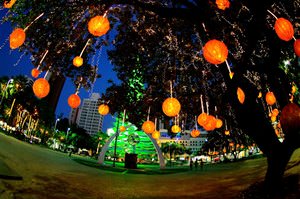 The family is of great importance to the locals, so adult children often live with their parents until marriage. Distant relatives or close ones - relations are supported by all members of the family. Young people take care of the elderly, while old people look after small children. In recent decades, Brazilians women give birth less than before, especially in urban areas. The same thing happened with marriage - open relationships are becoming more common. However, the population of Brazil remains deeply religious. Religion plays an important role in the local culture.
Unique sights of Brazil from our series 'Extreme places on Earth'
These spots really worth the attention of a real traveler-researcher. …
Read further
Unfortunately, despite all the positive traits, discrimination based on skin color is still a frequent phenomenon. Lower classes usually consist of cleaners, drivers, and other similar servicemen who may be treated with disrespect by representatives of middle and upper classes. Women are often subjected to discrimination on the basis of gender and appearance, despite the prohibition of these kinds of discrimination in the 1988 Constitution. Women living in urban areas have open access to opportunities in education and careers. However, the patriarchal way of life is gradually changing. But in poorer areas, women still have limited access to education and career opportunities, working mainly in low-paid spheres with low qualifications. Afro-Brazilian women are particularly marginalized, many of them work as housemaids or prostitutes. In Brazil, education between the ages of 6 and 14 is compulsory. However, children outside the urban areas sometimes do not have access to further education.

Cathedrals and basilicas in Brazil
♥   Catedral São Pedro, Rio Grande. On the map

Castles of Brazil
♥   Castle 'Castelo Furlani' . On the map

Famous sites of Brazil in pictures

Unique traditions in cities of Brazil

Sao Paulo
Bright costumes of the participants of the march are objects of admiration of the festival guests. The suits are jeweled with thousands of shining gems and bright scraps of all colors of the rainbows. It should be noted that for the last decades the Sao Paulo Carnival has sufficiently changed. Today this scale event is focused primarily on tourists. The event features plenty of amazing shows and entertainment programs, loud music and numerous amusements. Many tourists associate the city of Sao … Read more

Rio de Janeiro
Local people are fond of various holidays and always organize them according to highest standards - the famous Carnival in Rio attracts tourists from all countries of the world. During such festivals and celebrations visitors have fun along with the locals. Sometimes it's hard to understand that there are foreigners in a command of people and several persons are completely unfamiliar – everyone talks and has fun like old good comrades. The famous Carnival in Rio was organized in 1835 for the … Read more

Salvador
It is almost impossible to articulate exactly what “jeitinho brasileiro” means. It includes an easy attitude to life, the ability to get out of a difficult situation with minimal losses, and simply incredible unpunctuality. Perhaps, the phrase "it is not necessary to do something today if it can be postponed for tomorrow" can become the slogan of citizens. Is it worth saying that nothing is done on time with this life approach in Salvador? Moreover, this attitude applies not only to the … Read more

Florianopolis
Everyone is late here. Pizza deliverers, Internet customizers, maids, and bus drivers are always late. Even programs on local television usually start five or ten minutes later than planned. This is annoying at first. However, anyone who lives long enough in the city gradually gets used to this rhythm of life. The same jeitinho brasileiro allows avoiding the consequences of constantly postponing everything. If there is a problem, then it is worth solving it at the lowest cost. Corruption is … Read more

Natal
A sense of humor and the ability to get out of any situation with minimal costs is honored here. Such features of the Brazilian mentality are responsible for the high level of corruption. Monetary "gratitude" to the right person is the easiest way out of the situation for many citizens. Few people make plans for the future on the coast, where there is no severe cold and the sun shines three hundred days a year. Citizens prefer to enjoy life today. You will hardly find workaholics here. You … Read more

Fortaleza
In any company, whether it is some local festival or dinner at one of the local restaurants, the foreigner will be treated as a good friend. Locals are always happy to talk to visitors from other countries, to tell them about features of their way of life and cultural traditions. They are interested in the life of foreigners; however, they do it very gently and avoid talking on personal topics. One of the main features of Fortaleza is the cosmopolitan population; many consider it to be the … Read more

Brasilia
Indeed, in a bar or during a city holiday travelers will be treated like countrymen. Visitors will not only be treated with care like old friends, but will also be welcome to spend an evening in a cozy and friendly atmosphere. Despite openness and friendly approach, the natives are very delicate. They will never start a conversation with an unfamiliar person, talking about personal matters. Neither will they show excessive curiosity. The locals always have many other interesting and, most … Read more

Ilha Grande
The islanders’ basic principle is the Brazilian «jeitinho brasileiro». It can be interpreted as «the Brazilian demeanor» with a slight shade of neglect. If you try to express all the diversification of the term in one proverb, then it would be the «put off till tomorrow what you don’t want to do today».The locals are probably non-punctual and it’s not just about constant lateness to meetings and dates’ defaults. Here on the island, TV broadcasts are always late on schedule, … Read more