Sightseeing in Sao Paulo - what to see. Complete travel guide 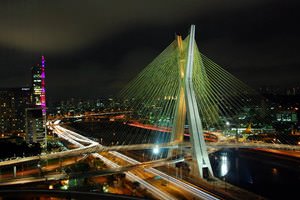 Sao Paulo is the undercover capital of Brazil and its economic center. Originally the city was considered the territory and the home of the Indians, but after the depletion of land resources in Rio de Janeiro the population of this place began to grow. In the end of XVIII century the refugees from Italy and Japan started moving to Sao Paulo, creating plantations of coffee and cotton in the city’s suburbs.
Excursion over cultural sights of Sao Paulo - 'must visit' points of interest
The Brazil Avenue concentrates the most remarkable architectural landmarks of the city of Sao Paulo. The main symbol of the city and its main site is the Nossa Dama Brasil Church. The …

Open
Modern Sao Paulo is the industrial metropolis of skyscrapers that reminds of the old Chicago. However, despite numerous grey buildings you can always find seclusion in Sao Paulo if you visit the magnificent Ibirapuera Park or enjoy planted green areas Alameda Santos and Morumbi. You will feel the true spirit of history if you visit the City Museum of Art, which presents the history of art in its chronological order, including a Roman marble statue created in the II century BC. Here you will also find a collection of paintings by Modigliani, Bosch, Picasso, Rembrandt, Van Gogh, Vlaminck, Henri de Toulouse-Lautrec, Leger and other famous artists. Tourists may also enjoy visiting Ipiranga Imperial Museum, Museum of Art and the Butanta Institute – the museum of reptiles.
Nightlife lovers will find in Sao Paulo numerous night music halls, discotheques, many theaters and cabarets.

One of the most visited cultural institutions of the city is Paulista Museum. It occupies a spectacular building in neoclassical style. The museum exposition includes over a hundred thousand exhibits, among which are beautiful paintings, sculptures, and collections of photographs. After visiting the museum, you should take a stroll around the picturesque park surrounding it. You'll see a lot of luxurious fountains, sculptures and landscaping. Copyright www.orangesmile.com
Your active city break in Sao Paulo. Attractions, recreation and entertainment - best places to spend your day and night here
Sao Paulo is a perfect destination for nightlife enthusiasts. A good place for a family visit is the Instituto Butantan zoological park which main inhabitants are reptiles and insects. All …

Open
The beautiful Cathedral of Sao Paulo remains an irreplaceable symbol of the city. It is one of the five largest Gothic cathedrals in the world. The very first church in its place was built more than 500 years ago. The cathedral itself was literally erected on its ruins. It has an incredible scale. The length of the building is 111 meters. Its hall can accommodate up to 8000 people at a time. Recently, a major reconstruction of the cathedral was completed, during which many original elements of decoration were restored. 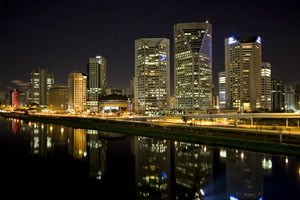 In the city is a colorful Japanese quarter of Liberdadi. A stroll around which can turn into an exciting excursion. Now, this area is inhabited by about 500 000 immigrants from Japan. At every step, nice stores with goods from a far country, as well as restaurants of Japanese cuisine are found. Interesting art galleries and the Museum of Japanese Immigration are operating in this area.
Advices to travellers: what you should know while being in Sao Paulo
1. The city of Sao Paulo feature fine and favorable weather all the year round with an average temperature hardly ever going below 25C. The hottest months of the year are considered to be …

Open
All football fans should visit the São Paulo Football Museum. Its opening was held recently, in 2008. It occupies a huge locker room and is located under the main football stadium in the city. The museum covers an area of about 6900 sq. m. Its huge collection is divided into several thematic zones. In one of them, you can see fan attributes of different periods, in the other, are old photos depicting the legendary teams and players. The museum has a lot of interactive screens. It is visited by many tourists with children. 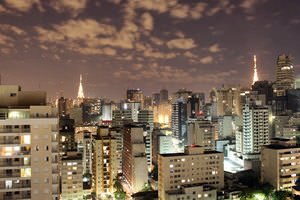 The Planetarium occupies an unusual building, resembling a flying saucer. It became the first planetarium built in the Southern Hemisphere. Now, they hold interesting thematic events and lectures there almost every day. The main feature of the planetarium is its dome, whose diameter is 20 meters.

This guide to iconic landmarks and sights of Sao Paulo is protected by the copyright law. You can re-publish this content with mandatory attribution: direct and active hyperlink to www.orangesmile.com.
Sao Paulo - guide chapters 1 2 3 4 5 6 7 8

Survived castles around Sao Paulo
♥   Castle 'Baruel Mansion' , 5.9 km from the center. On the map

National and city parks around Sao Paulo
♥   Park 'Parque Estadual Alberto Löfgren' , 9.6 km from the center. On the map

Art galleries in Sao Paulo and around
♥   Art museum 'São Paulo Museum of Art' São Paulo, 2.4 km from the center. On the map

Sights around Sao Paulo from our guide 'Extreme places on Earth' 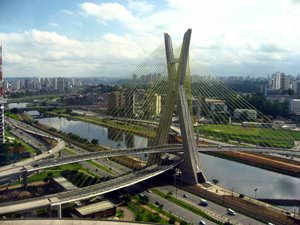 Distance from Sao Paulo center - 9.5 km.
The bridge was named in honor of Octavio Frias de Oliveira - one of the most influential Brazilian statesmen and the founder of the Fola de Sao Paulo newspaper. It is remarkable that the locals rarely name the bridge with the official name and prefer the shorter and more audible title 'Ponte Estaida', which can be translated as 'Hängebrücke'. The bridge on the Pineiros River is a major traffic intersection. In traffic, about 5,000 cars cross the bridge every 60 minutes. … Read further 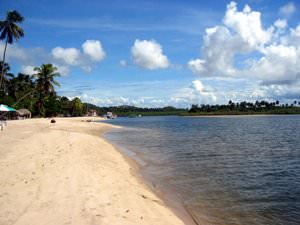 Distance from Sao Paulo center - 9.3 km.
The carnivorous piranhas living in the coastal waters are quite large. Usually, the length of the piranha body is at least 30 cm. The most dangerous periods are always the special prohibition signs on the beach. But many tourists do not pay attention to these prohibitions. The serene and beautiful beaches of São Paulo are incredibly dangerous. One should always keep in mind that the piranhas are very fast fish. Even if the beach seems to be quite safe, you must pay attention to the signs. … Read further

Search touristic sites on the map of Sao Paulo

Sightseeing in regions nearby Sao Paulo

Santos
Santos is a beautiful Brazilian port city located in Baía de Todos os Santos. The land here is very fertile and the nature is beautiful, so the continent has quickly attracted European settlers. Indian tribes, which originally lived in this area, did not resist the emergence of newcomers and even contributed to the settlement and development of the town. Santos is known for ... Open »
Ilha Grande
It’s interesting to explore Dois Rios village, which is located on the territory of one of the most picturesque island beaches. Here you can admire a small old church with an interesting interior, as well as residential buildings or walk around incredibly beautiful tropical gardens, which are also among the major attractions of the island. Climbing Pico do Papagaio is one of ... Open »
Curitiba
The town officially changed its name to Curitiba in 1842. Just eleven years later, the settlement became the capital of Parana State that was established in the 19th century. The economy of the region started developing quickly since then. Woodworking industry, mining, and mate cultivation brought revenues to Curitiba. The first railroad in the region appeared in the 80s of ... Open »
Rio de Janeiro
Copacabana and Ipanema Beaches. Beach life in Rio is a true form of art, but it can be mastered without any problems. Prove yourself and don’t forget to look at others – this is the motto of world-famous beaches of Copacabana and Ipanema. Perhaps, the second is even more important. This is the reason why many cariocas come to the beach. Of course, this doesn’t prevent ... Open »
Balneario Camboriu
The resort town of Balneario Camboriu is a charming place perfect for a tranquil beach holiday. It is located in the south-east of Brazil. The state of Santa Catarina is the place where vacationers will find this beautiful young settlement. Steep hills end in water as if they want people to walk faster to the seaside. Needless to say, beach recreation is very popular in ... Open »
Florianopolis
Florianopolis resembles a typical European resort rather than a Brazilian city with its authentic African-Indian exotics. Experienced travelers often compare Florianopolis with beautiful Venice, Rome and even Lisbon due to its unique national charm, original architecture and cultural traditions. At the same time, the city has all the features of modern metropolises. Here you ... Open »

All about Sao Paulo, Brazil - sightseeings, attractions, touristic spots, architecture, history, culture and cuisine. Prepare your trip together with OrangeSmile.com - find out the 'must see' things in Sao Paulo, which places to visit, which excursions to take, where the breathtaking views are waiting for you. Planning your trip with this travel guide will help your to get the most out of Sao Paulo in few days.