Fun and festivities in Brazil - celebrations, festivals and cultural events 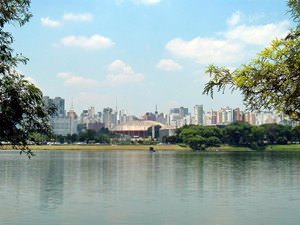 One of the most significant annual events in the life of every Brazilian is, of course, the New Year. Especially vigorously and colorfully it is celebrated in Rio de Janeiro, on Copacabana Beach. During the celebration, people dressed in white and green try to attract good luck throwing white flowers into the ocean waters, hundreds of amazing fireworks are launched, candles on the beach are lit and wishes are made while jumping through the waves.
Top Brazil hotels for most demanding travelers
On the shores of the Atlantic Ocean in Bahia, you'll find luxurious Uxua Casa Hotel & Spa, the favorite hotel of the Brazilian and global elite. It is …
Read further
Some celebrants build small boats, in which they put flowers and other gifts - for example, fruits - and present this gift to the ocean. If the boat comes back, it means that the gift was not accepted by the ocean and you need to try again next year. This really ancient tradition existed long before the advent of Christianity. On New Year's Eve, it's important to eat at least a bit of lentil and seven raisins. Lentils symbolize strong health, while raisins attract wealth. If the first person a Brazilian meet after the New Year is of the opposite sex, it is a sign of good luck.
Christmas in Catholic Brazil is celebrated on December 25. Christmas celebration combines Portuguese, American and Mexican traditions. At the beginning of December, scenes of the birth of Christ are set in some houses, shopping centers, and other public places. These are houses with straw cradles symbolizing the birthplace of Jesus. There are theatricals on the life of a shepherd and his family. Children are waiting for good Papa Noel (Santa Claus) who brings beautifully packed gifts. On Christmas Eve, there are real feasts with fresh fruit, roast turkey, walnut pies, chocolate cakes, and lots of wine. Copyright www.orangesmile.com
Oldest hotels in Brazil with a rich history
Hotel Colonial in Ouro Preto (the city's name literally translates as "Black Gold") has almost a half-century history. It is located in the heart of …
Read further
During Easter week, Rio de Janeiro hosts a magnificent carnival. Thus, multi-colored Rio blossoms even more thanks to dancers in gorgeous costumes, skillful drummers, masquerade balls - and the audience is invited to join. Easter eggs are always chocolate, local shops are full of their varieties. October 7 marks the Independence Day, and Republic Day of Brazil is celebrated on November 15 . On this day, in 1889, Brazil was proclaimed as a republic. On November 15, military orchestras march across the country in honor of such an important event. Surprisingly, Brazil has its own Oktoberfest - and not one. The festival takes place in the city of Blumenau, a former German colony, and offers a unique blend of Brazilian and German cultures, music, and cuisines. Another Oktoberfest is held in Santa Cruz do Sul, a city founded by German immigrants. 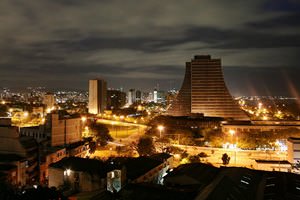 Brazil is the best place for music lovers since every year it hosts music festivals of various genres. For example, the Amazonas Opera Festival taking place in the green city of Manaus in the Amazon Theatre. The theater is located right in the Amazonian rainforest. Opera music plays here continuously from March to May. And rock fans should not ignore Rock in Rio, a world-famous rock festival that has been held since 1985. It brings together legendary performers from all over the world. Queen, Scorpions, Red Hot Chili Peppers, and other big-named stars performed on its stage. Califórnia da Canção Nativa is a folk music festival that was first held in the state of Rio Grande do Sul in 1971. Through the music, people celebrate the culture of Gauchos - bold South American riders. This is not just a musical event but a song contest. In November, in São Paulo you can visit the Jazz Festival where international and national musicians gather.
For active traveler - national parks, landscapes and nature of Brazil
Nature of Brazil is unique and incredibly diverse, which is not surprising given its vast territory containing 60% of the Amazon rainforest. Some …
Read further
Hell & Heaven is an annual musical LGBT event taking place in different parts of Brazil with the participation of DJs from all over the world. It is a true paradise of electronic music. Another annual electronic music festival, Ultra Brasil, is held in different locations as well. It is an international festival originated in Miami that has spread over more than ten countries around the world.

This article about national fests and celebrations of Brazil is protected by the copyright law. You can re-use the content, but only under the condition of placement of an active link to www.orangesmile.com.
Brazil guide chapters 1 2 3 4 5 6 7 8 9 10 11 12 13 14 15 16 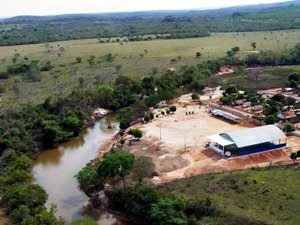 The largest impact crater in Brazil is located on the border of the states of Goias and Mato Grosso. The Araguainha Crater was formed over 254 million years ago. According to scientists, there was a small sea in the area, where the meteorite stroke. Many interesting theories about mass extinctions relate to the fall of the Araguainha meteorite. It is likely, that many species of animals and plants really ceased to exist as a result of a collision of a meteorite and the Earth.

The diameter of the crater is about 40 kilometers. It has a rather complicated structure with lots of radial and ring faults. The first large-scale research of the crater began in 1969. Scientists weren't able to find the origin of the meteorite crater immediately. It was treated as a cryptovolcanic structure. Only … Read all 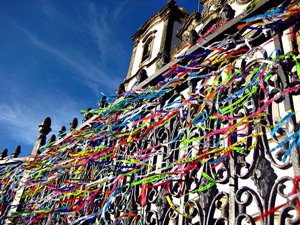 Many travelers who have once visited the Brazilian city of El Salvador, will never forget the atmosphere of happiness and joy reigning in it. The Brazilian city has no equal in the number of festivals, carnivals and incendiary parties. It is not surprising that this is the city where the most colorful street decoration takes place. Since ancient times, the facades of houses here are usually painted in bright colors, which makes the appearance of strict historical structures simply inimitable.

For tourists the so-called "Upper City" is the most interesting. It is here that the most beautiful historical streets with colonial mansions are located. A significant part of the historical buildings today are occupied by government institutions, and in some buildings interesting museums have been … Read all
All unique sightseeing Brazil

Attractions and entertainment in top cities of Brazil

Balneario Camboriu
Nature enthusiasts must find time to explore Parque Natural Municipal Raimundo Gonçalez Malta. Its main value is a great diversity of plants. Here you can see almost all plants that are found in different regions of Brazil. Several walking paths were laid throughout the reserve for the convenience of tourists. It is also interesting to visit this natural oasis together with children. The most picturesque areas are equipped with recreation zones with children's playgrounds and picnic sites. … Read more

Sao Paulo
The best place for spending time with kids is the Parque Trianon which is equipped with perfect playing and sport grounds. Active leisure enthusiasts as well as attractions fans are recommended to pay a visit to the Hopi Hari theme park being a perfect place to spend a whole day full of impressions and emotions trying original and exciting attractions and rides. Spa admirers will hardly find a better place for rest and recreation than the Sauna Masculina day spa center offering a wide choice of … Read more

Rio de Janeiro
Rio is home to more than a thousand of nightlife destinations. Each of them can simply conquer its guests with unforgettable festive atmosphere and rich entertainment program. Most popular discos, nightclubs and bars are located near the beaches. Here you can find fantastic diversity of attractive restaurants and cafes. Tourists with children should visit the local zoo - in addition to rare animals the zoo is home to exotic plants. The city is truly rich in attractive parks and alleys, which … Read more

Salvador
Abaete Lake is extremely popular among young and active travelers as well as tourists with children. Besides numerous beaches available for recreation, there is also a variety of sports grounds, as well as a beautiful park where you can always hide from the heat. The smallest guests of Salvador will love Parque da Cidade Park offering many great playgrounds. Among the thickets of trees, there are colorful slides and swings. A walk in the park also gives a lot of impressions. Salvador is … Read more

Florianopolis
Tours of the nearby Campeche Island are extremely popular among outdoor recreation fans. According to scientists, it had been inhabited by ancient people thousands of years ago, therefore during the excursion, the travelers have a chance to admire not only natural but also unique historic sights. On the island, there are also charming pristine-beauty beaches. Keep up your acquaintance with representatives of the local flora and fauna while walking through the picturesque Serra do Tabuleiro … Read more

Natal
On the coast you will find an attractive market - Ponta Negra Artisan's Market ideal for those preferring beach recreation. In the market, you can buy some nice beach attributes: swimsuits, elegant hats, and many other national-style accessories. Natal Shopping Center is equally attractive. In front of the mall is a beautifully landscaped garden with recreation spaces. The choice of nightlife facilities is more than decent in Natal. Fans of modern music and exotic cocktails prefer to spend … Read more

Fortaleza
Fortaleza is home to the largest water park in the country, Ponta Dunas. It will take more than one day to try all of its rides and slides; the picturesque water park is a great place for family holidays. It covers a vast area and offers excellent opportunities not only for active recreation, but also for a relaxing pastime. Those who like to spend time outdoors would be fond of the Coco Park. There are many exotic plants on its territory; sprawling palm trees will shelter from the hot sun in … Read more

Brasilia
Brasilia is home to a large number of different entertaining facilities. Numerous discos and clubs, bars and restaurants wait for their guests every evening. During the daytime Armazém do Brás works like a normal cafe, but when darkness fall to the city, the venue attracts fans of dancing and modern music, who come there to enjoy a good evening. The popular club is famous not only by a huge choice of entertainment programs, but also by its excellent cuisine. Guests can order dishes even at … Read more

Map of fun in Brazil